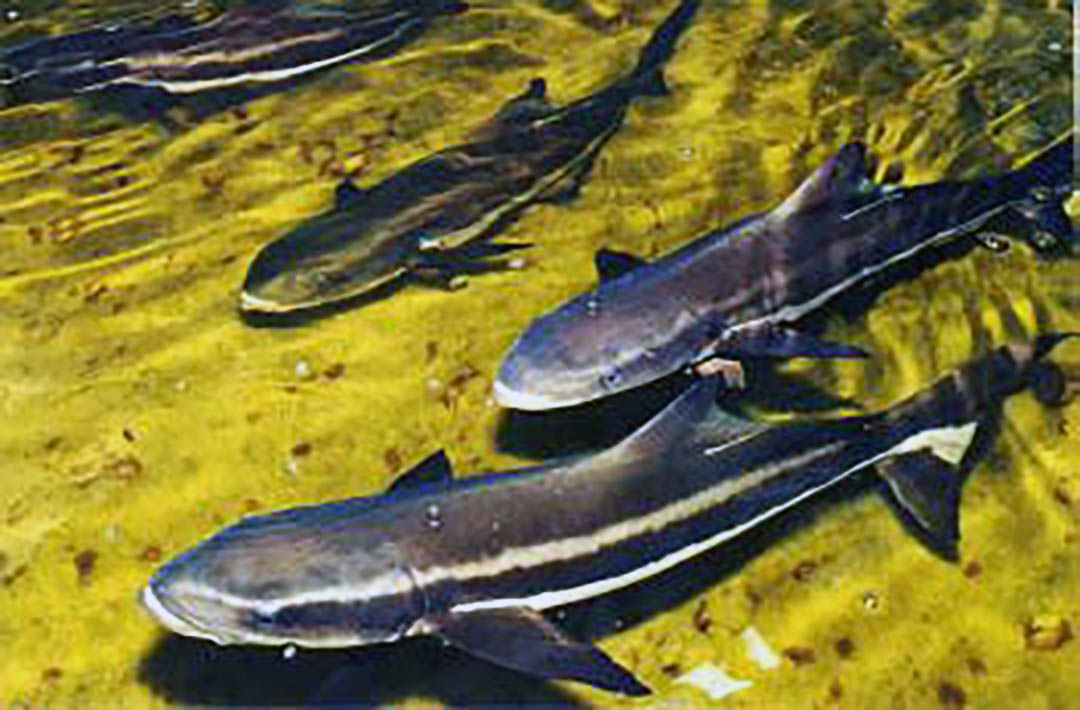 The Cobia is the only member of the family Rachcentridae. The family name is derived from the Greek words rhachis meaning spines and kentron meaning sting, a reference to the short, thick and very sharp isolated spines (8 - 9) located in front of the dorsal fin. Cobia have a fusiform (streamlined) body and a broad, flattened head and typically are dark brown dorsally, paler brown laterally and white ventrally. A black lateral band as wide as the eye often extends from the snout to base of the caudal fin or tail. This band is brilliantly displayed in juveniles but tends to be obscured in adults. The large caudal fin is forked and slightly lunate in adults, though far less so in very young juveniles. The scales are small and embedded in very thick skin.

Cobia associate with sea turtles and rays and are drawn to structures such as buoys, petroleum platforms, and flotsam. Juveniles and adults are often found among pelagic Sargassum where they feed and seek shelter from predators. Scientific assessments of stomach contents revealed that Cobia are opportunistic feeders, yet exhibit a preference for crabs, squid and various fishes.

Cobia have a cosmopolitan distribution in temperate and tropical waters, except for the eastern and central Pacific Ocean. Although considered a coastal migratory pelagic species, cobia inhabit both coastal and continental shelf waters. Cobia are migratory and occur seasonally (spring – fall) in the northern Gulf of Mexico and along the U.S. eastern seaboard as far as Chesapeake Bay, having moved northward from over-wintering grounds in south Florida. Recent tag-release research indicates that some members of the population over-winter in the northern Gulf of Mexico.

Over the past 30 years, The University of Southern Mississippi Center for Fisheries Research and Development scientists have conducted studies on various life history aspects of Cobia from the northern Gulf of Mexico, including age, reproduction, feeding ecology, and seasonal movements. These studies were primarily funded by the Mississippi Department of Marine Resources, through the U.S. Fish and Wildlife Service's Sport Fish Restoration Program.

Research revealed that the typical life span for male and female cobia is 9 and 11 years, respectively. Female cobia attain sexual maturity at about 36 inches fork length and age two or three, and males reach sexual maturity around 24 inches fork length and age two. Cobia spawn during spring and summer in offshore waters of the northern Gulf of Mexico and along the southeastern U.S. coast. Peak spawning occurs during May – July in the northern Gulf of Mexico, and from June to mid-August along the U. S. Atlantic coast. Females are ‘batch spawners’, releasing several hundred thousand eggs during each of several spawning events per spawning season. When fertilized, the buoyant eggs become part of the plankton and hatch within 24-30 hours, giving rise to rapidly growing larvae. 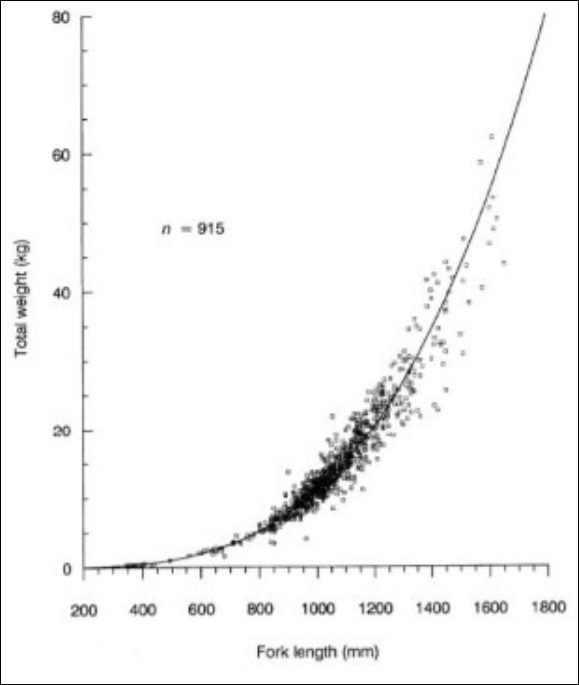 Cobia are managed in each Gulf and South Atlantic state by specific regulations. The Gulf of Mexico Fishery Management Council final rule for Framework Amendment 7 to the Fishery Management Plan for Coastal Migratory Pelagic Resources in the Gulf of Mexico and Atlantic Region (effective March 25, 2020) increased the recreational and commercial minimum size limit for cobia in the Gulf Zone from 33 inches fork length to 36 inches fork length; the 2 fish/person daily bag limit remains in effect. Mississippi will adhere to the new federal regulations. Cobia is officially designated a saltwater game fish in Mississippi, a status which prohibits the sale of Cobia caught in Mississippi territorial waters or landed in Mississippi. 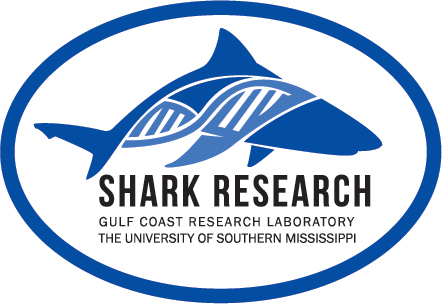