Luncheon Raises $60K for The Children’s Center at USM 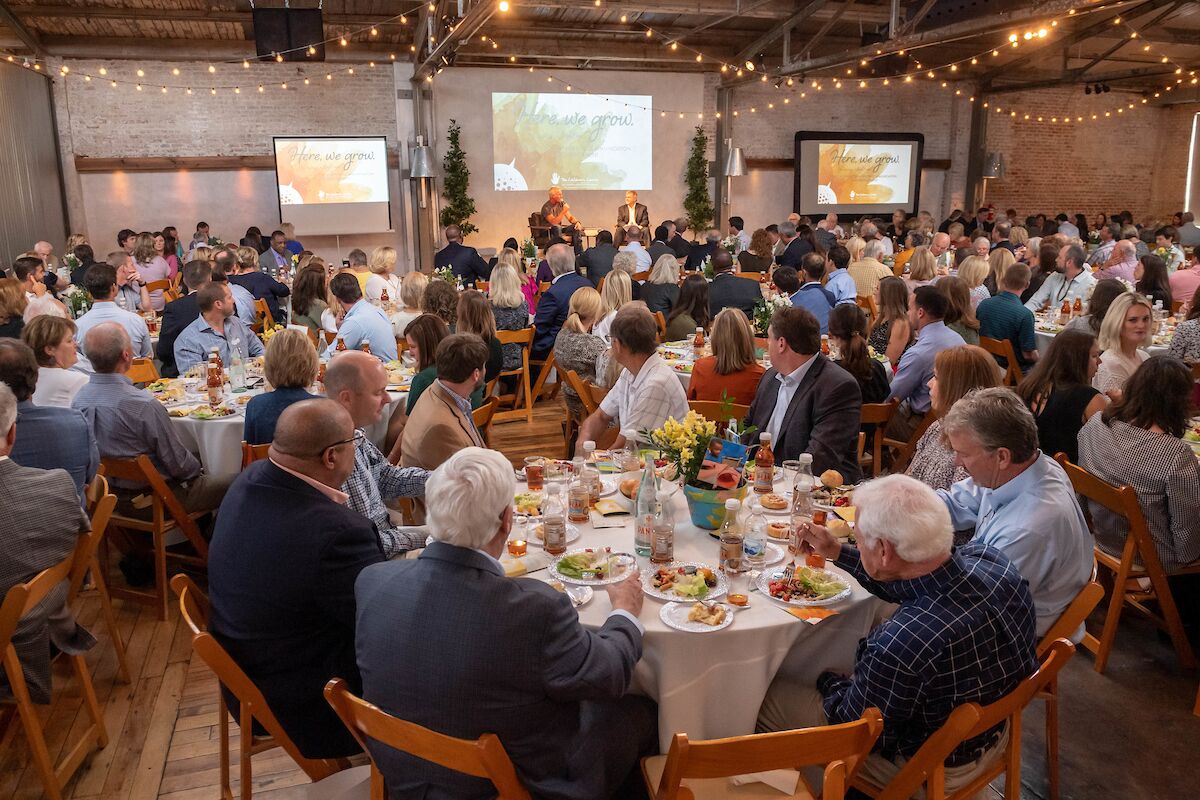 “When Aaron was born, we found out a week later that he had Down syndrome. He was born about 7 – 8 weeks early so he had a pretty lengthy NICU (Neonatal Intensive Care Unit) stay.”

A crowd of approximately 350 people listened intently as Danna Blackledge spoke about the birth of her son. Blackledge went on to describe the early days and months after Aaron’s diagnosis, and her initial skepticism pertaining to the early intervention services provided by The Children’s Center for Communication and Development at The University of Southern Mississippi. 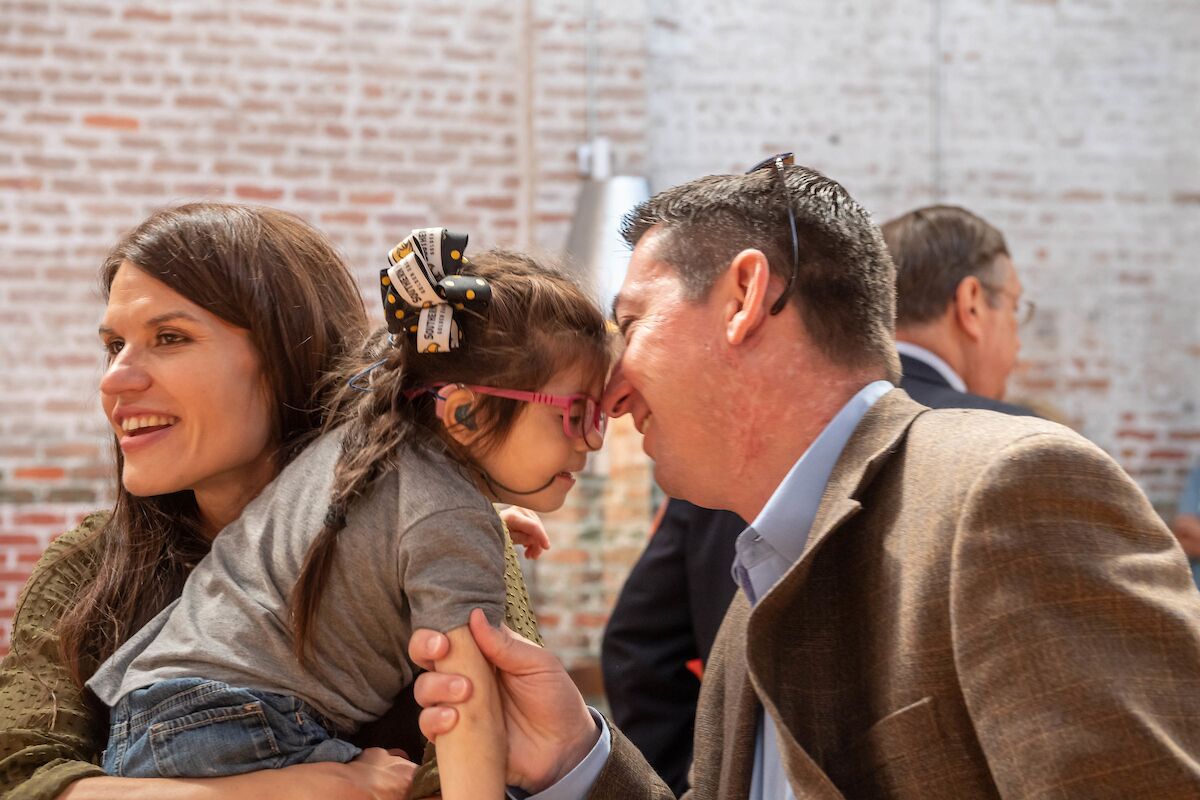 “What are these people going to do with my 10-month-old baby? Two strangers in the form of a speech therapist and an occupational therapist are going to come into my home and do who knows what with my child.” But before long, she began to trust the therapists, and trust the plan they put in place for Aaron.

“It was like a beautifully orchestrated symphony,” said Blackledge, “to watch these therapists, week after week, take my child and teach him to sit up, teach him to walk - he can now jump, and ride a tricycle. And they gave him a voice. And you may not understand some of those words, but we do, and they’re beautiful and I wouldn’t trade them for anything.”

Both laughter and tears were seen in the faces of the crowd gathered at The Venue in downtown Hattiesburg for The Children’s Center’s first “Here, We Grow” luncheon. The event, which featured guest speakers Brett Favre and Kenny Scianna, raised nearly $60,000 for the center, a non-profit that provides cost-free therapies for children age 0-5 with complex disabilities.

“Our first ‘Here, We Grow’ fundraiser luncheon really shined a light on the services The Children’s Center provides to families of children with disabilities across the state at absolutely no cost to them,” said Sarah Myers, interim director at The Children’s Center. “It highlighted the children and their amazing triumphs, while sharing the hope and support the families felt from their experiences working with the therapists at the center.”

As Myers notes, the effects of the luncheon reach far beyond the funds raised. “We gained many friends and thanked our loyal supporters all while acknowledging the growing needs of families and children with disabilities and demonstrating that The Children’s Center is at the forefront of providing evidence-based early intervention services with the help of our donors. We are so grateful and humbled by the support of this program.”

To make a contribution to The Children’s Center’s “Here, We Grow” campaign, visit usmfoundation.com/herewegrow.