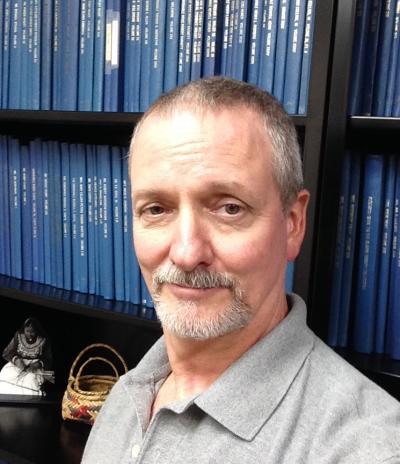 Ross Walton, a researcher and digital production engineer for The University of Southern Mississippi (USM) Center for Oral History and Cultural Heritage (COHCH) delivered an online presentation on the history of Holiday Inn hotels to a group that included members of the Intercontinental Hotel Group (IHG) marketing team. The purpose of the presentation was to familiarize Holiday Inn brand management and marketing team members with the storied history of the iconic brand.

The idea of a chain of hotels offering standardized accommodations at affordable pricing came to Memphis homebuilder and entrepreneur Wilson while taking his family on vacation in August 1951. After being charged extra for each of his five children, Wilson vowed he would build a chain of 400 motels where kids would stay free in their parent's room, as well as other amenities such as free TV and a telephone in every room, a swimming pool, babysitting service, and an onsite restaurant with good, reasonably priced food—all unheard of services at the time.

While Wilson was from Memphis, Tennessee, many early company executives and franchise holders were from Mississippi including his business partner and company president Wallace E. Johnson of Kosciusko, Vice-President of Franchise Development George Falls of Clarksdale, and Billy Holcomb of Clarksdale, who opened the first franchised Holiday Inn there in June of 1954. In 1957, when the company went public, there were nine Holiday Inns in Mississippi, more than any other state.

In 1972, Holiday Inn University was built in Olive Branch, and trained as many as 10,000 Holiday Inn employees per year at its peak. At the time Wilson retired from the company, there were 1,759 Holiday Inns worldwide. The brand was sold to Bass Ale, Ltd., in 1988 and is currently owned by IHG. It remains one of the largest and most recognized flags in the hotel industry, and a new Holiday Inn opened its doors in Hattiesburg in 2018.

Recently, an un-transcribed oral history interview of Johnson, conducted in 1975 by COHCH Founding Director Dr. Orley B. Caudill, was discovered “hiding in plain sight in our collection,” Walton said. “It is an exciting addition to the Holiday Inn story, and makes plain the need to continue documenting the history of this iconic company with such strong ties to our state.”

For information about the USM COHCH and Walton's work with the Center, visit https://www.usm.edu/oral-history.