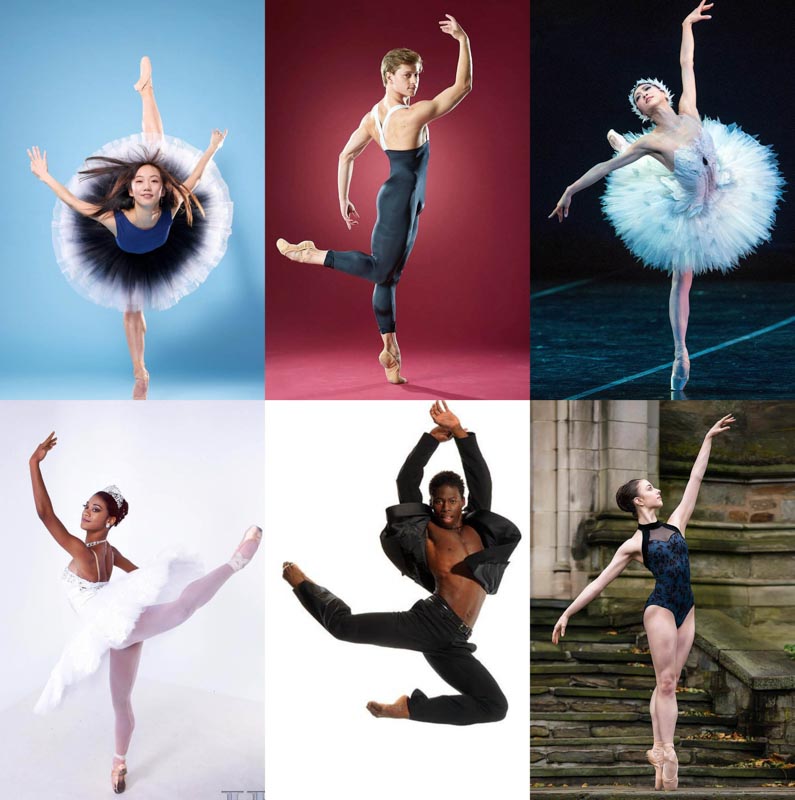 FestivalSouth® features On Pointe, the USA International Ballet Competition Showcase at the Mannoni Performing Arts Center Auditorium on The University of Southern Mississippi campus on Friday, June 11 at 7:30 p.m.

See former USA IBC medalists, who are now principal dancers in major dance companies, perform classical and contemporary variations and enjoy music by the Lagniappe Trio. Tickets are on sale now at festivalsouth.org.

These two powerhouse arts organizations join forces to bring you an evening filled with beautiful music and world-class dance. Held every four years, the USA International Ballet Competition is a two-week “Olympic-style” competition for top young dancers and a major stepping-stone toward a professional career.

In addition to the great dance performances, the Lagniappe Trio, featuring Rachel Taratoot Ciraldo, flute, Christopher Lowry, viola and composer, and Stephanie Gustafson Amfahr, harp, will perform to make the evening a perfect pairing of music and dance.

As a special offering for students of dance, the USA International Ballet Competition presents a barre class, Friday, June 11 from noon - 1:30 p.m. at the South Mississippi Ballet Theatre (5296 Old Hwy 11 #5, Hattiesburg, MS 39402). In this class, Joffrey dancer and 2018 USA IBC medalist, will teach a special limited capacity class for aspiring dancers. Recommended or intermediate and advanced level dancers age 12 and up. Participants should wear leotards, tights, ballet shoes, have hair secured neatly (a bun for ladies), and a mask.  The cost for the master class is $25 per participant. Visit festivalsouth.org to pre-register and for complete details.

ABOUT THE DANCERS
Princess Reid grew up in Jacksonville, FL. She started studying ballet at age seven at The Florida Ballet under the direction of Laurie Picinich-Byrd where she danced until she was 18. Soon after, she joined Orlando Ballet's second company in 2015, where she stayed until May 2018. While in Orlando, Reid performed in Don Quixote, Serenade, and Val Caniparoli's A Cinderella Story, to name a few. Reid was also given the opportunity to perform Robert Hill's Requiem at the American Dance Competition gala in 2016 and in June 2018, she competed in the prestigious USA International Ballet Competition in Jackson, Mississippi.

Chisako Oga was born in Dallas, Texas. She trained at San Francisco Ballet School on a full scholarship, prior to being promoted to trainee then apprentice. In 2016, Oga joined the Cincinnati ballet, where she quickly rose to the position of principal. As a Principal at Cincinnati ballet, Oga danced roles such as Principal Couple in George Balanchine’s Rubies, Russian Girl in Balanchine’s Serenade, Aurora in Devon Carney’s The Sleeping Beauty, Juliet in Victoria Morgan’s Romeo and Juliet, and Swanilda in Kirk Peterson’s Coppélia. She has received several awards throughout her career. In 2016, she received a silver medal in the Shanghai International Ballet Competition. In 2018, she won the bronze medal at the USA International Ballet Competition. Oga has been praised by Dance Magazine for being a “technical whirlwind” with “riveting acting abilities.” Recently, she was named one of the “25 to Watch” in 2019. She joined the Boston Ballet as second soloist in 2019 and was promoted to soloist in 2020.

Julia Rust was offered a full company contract just after turning 17 years old while at the prestigious USA International Ballet Competition in 2018. Ms. Rust, now in her third season with the esteemed Joffrey Ballet, was also awarded the Silver Medal. Born and raised in Noblesville, Indiana, she trained with Alyona Yakovleva-Randall and the faculty of Indiana Ballet Conservatory. She furthered her training during summers at many esteemed international schools and then at The Washington School of Ballet - all on scholarship. She continues to be coached by Irina Dvorovenko and Maxim Beloserkovsky. Rust was awarded the Grand Prix Award at the Youth America Grand Prix Semifinal and went on to place in the Top 12 at the World Finals in NYC. She is also the recipient of the Fernando Bujones Memorial Award at ADC|IBC. She has danced in "The Stars of Today Meet the Stars of Tomorrow" Gala in Salt Lake City, The International Ballet Festival of Miami, and the Awards Gala and Encore Gala at USA IBC.  Ms. Rust appears courtesy of the Joffrey Ballet, Ashley Wheater, Artistic Director.

FestivalSouth, the largest project of the Hattiesburg Concert Association (HCA), is an annual, multi-week festival presenting a variety of musical and other arts-related entertainment that aims to transcend social, cultural, and economic lines. This year the festival celebrates its 12th anniversary. FestivalSouth is credited with bringing over $2 million in economic impact to the community last year alone and has distinguished itself as the premier arts presenter in the region, drawing locals and tourists of all ages with its’ wide variety of cultural programming, that features exceptional performing and visual artists.

One of the world’s most prestigious dance events, the USA IBC, is a two‑week “Olympic-style” international competition held in Jackson, MS. Designated as the official USA Competition by a Joint Resolution of Congress, the USA IBC is held every four years, in the tradition of sister competitions in Varna, Bulgaria, Moscow, Russia, and Helsinki, Finland. The Jackson competition has been named an American Masterpiece by the National Endowment for the Arts and the Mississippi Arts Commission in the NEA program that honors the nation’s cultural treasures. Ticket holders for the 2018 USA IBC were from 35 states and 25 nations and generated and economic impact of $12.5 million.  Jackson will host USA IBC XII, June 10-24, 2023.