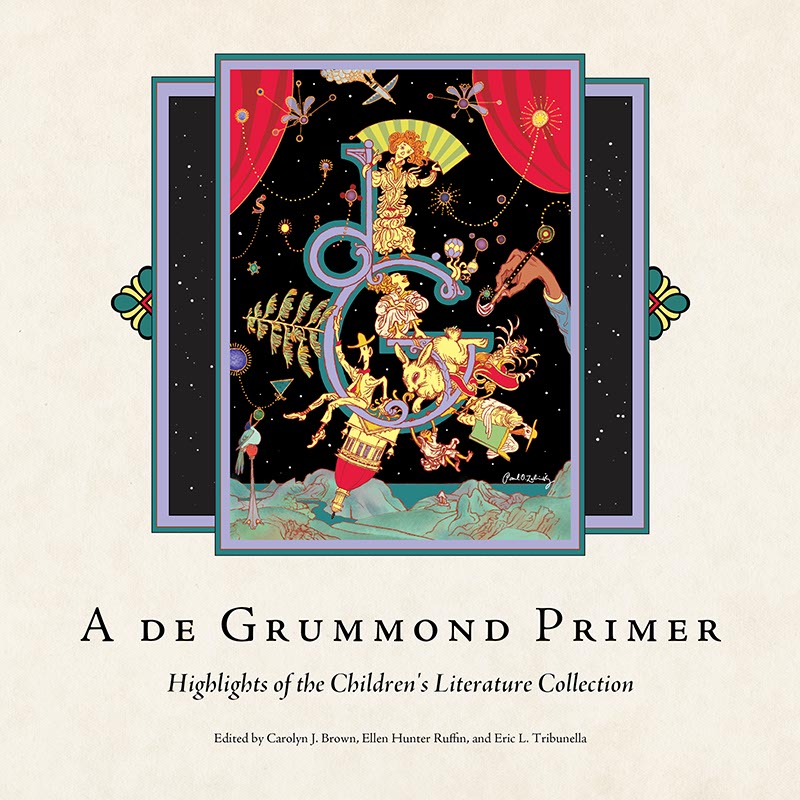 More than 60 years after library science professor Dr. Lena de Grummond began writing letters to authors and illustrators of children’s books, requesting original manuscripts and artwork to share with her students, the first book about the famed collection that resulted has been released.

A de Grummond Primer: Highlights of the Children’s Literature Collection features the most prominent pieces of the de Grummond Children’s Literature Collection, which is housed in the McCain Library and Archives at The University of Southern Mississippi (USM). Founded in 1966, the Collection is one of North America’s leading research centers in the field of children’s literature, and its main focus is on American and British children’s literature, both historical and contemporary. The Collection holds the original manuscripts and illustrations of more than 1,400 authors and illustrators, as well as more than 180,000 published books dating from 1530 to the present.

“It is impossible to describe the whole of de Grummond,” said Ellen Ruffin, curator of the de Grummond Collection. “This much-needed book gives an overview—a glimpse of the whole. People will enjoy leafing through the beautiful images—all items housed in the Collection.”

“These incredible letters, written to such illustrious names in the field of children’s literature as H. A. and Margret Ray, J. R. R. Tolkien, and Madeleine L’Engle, are the foundation on which this outstanding collection rests,” said author and editor Carolyn J. Brown.

Following de Grummond’s story are 17 chapters by noted children’s literature experts highlighting the most significant pieces in the Collection and over 90 full-color images.

“Our contributors to the collection are among the top experts in the field of children's literature, and this book provided the exciting opportunity to see such noted scholars write about the unique holdings of the de Grummond from their perspective as specialists,” said Eric Tribunella, de Grummond Primer editor and USM Professor of English.

The de Grummond Collection contains the works of authors and illustrators that include Randolph Caldecott, John Newbery, Kate Greenaway, H. A. and Margret Rey and Ezra Jack Keats. These are some of the most celebrated names in children’s literature with Caldecott, Newbery, Greenaway and Keats all having prestigious national awards named in their honor, and the Reys being the creators of Curious George. Keats, the man behind The Snowy Day, is one of America’s most groundbreaking authors with his efforts to lift the color barrier in children’s publishing, and The Snowy Day is considered to be one of the most important American books of the 20th century.

These original materials are supplemented by a book collection of historical and contemporary children’s literature that include Aesop’s Fables that date back to 1530, a board game from 1790, more than 100 versions of the Cinderella story and the papers of popular young adult author, John Green. Scholars from all disciplines at Southern Miss, as well as researchers across the United States and around the world visit the collection on a regular basis to study its fables, fairy tales, folklore, alphabet books, nursery rhymes, textbooks, religious books, moral tales, fantasy, fiction, primers, and children’s magazines. Complementing these holdings are scholarly studies, biographies, bibliographies, and critical works.

The book is edited by writer and editor Carolyn J. Brown, de Grummond Curator Ellen Hunter Ruffin, and USM Professor of English Eric L. Tribunella. It is published by the University Press of Mississippi and may be ordered online (www.upress.state.ms.us) or by phone: 601-432-6205.