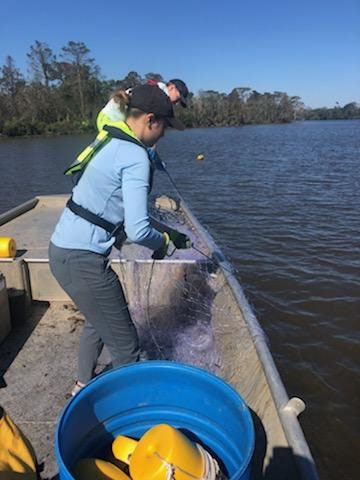 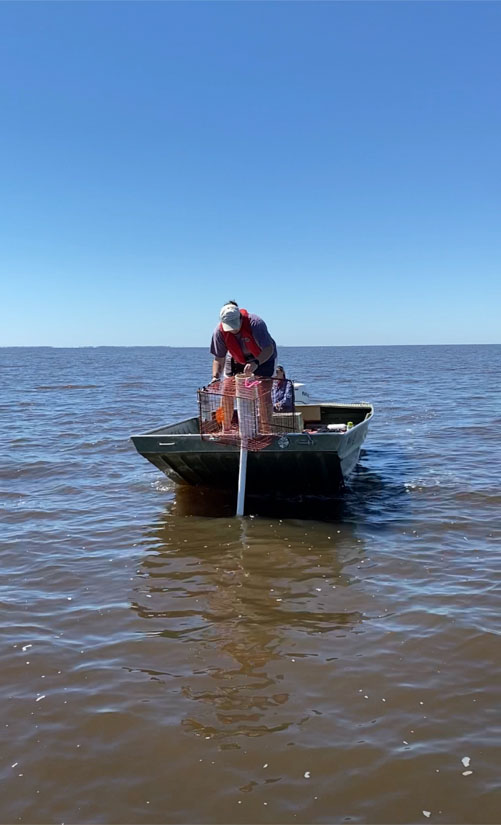 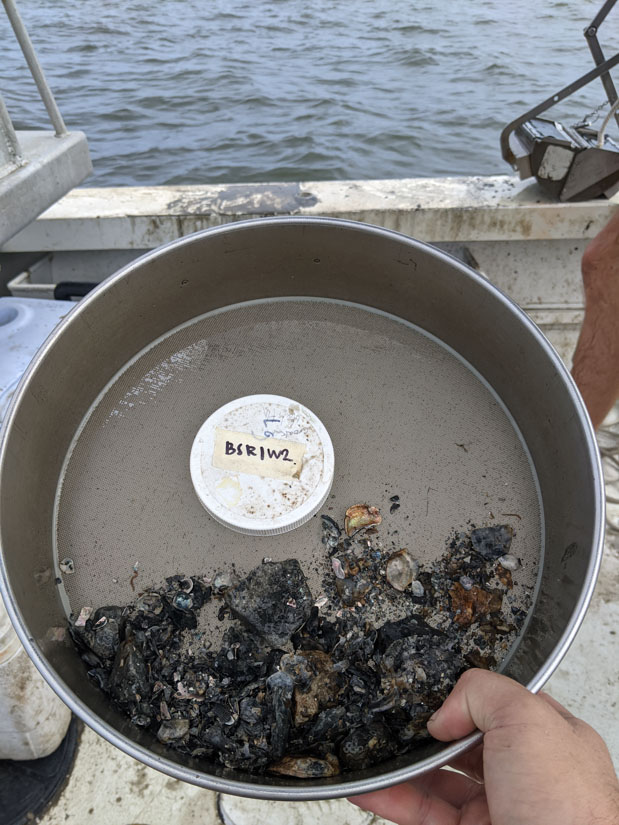 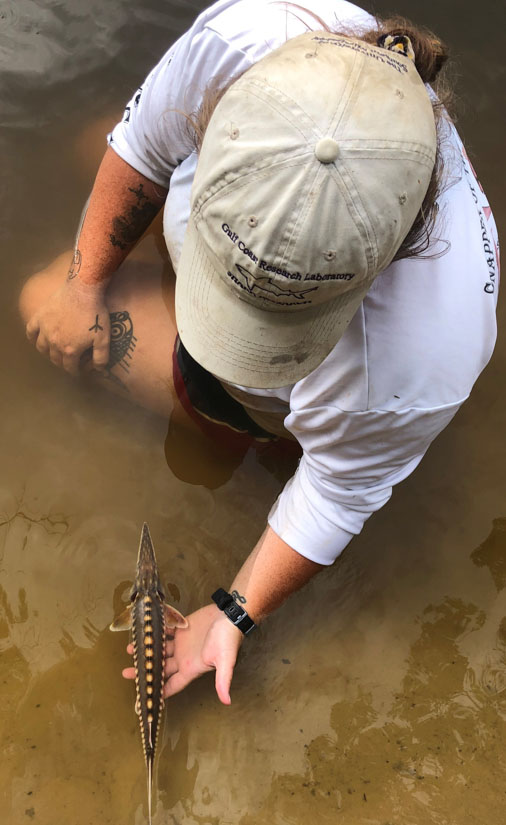 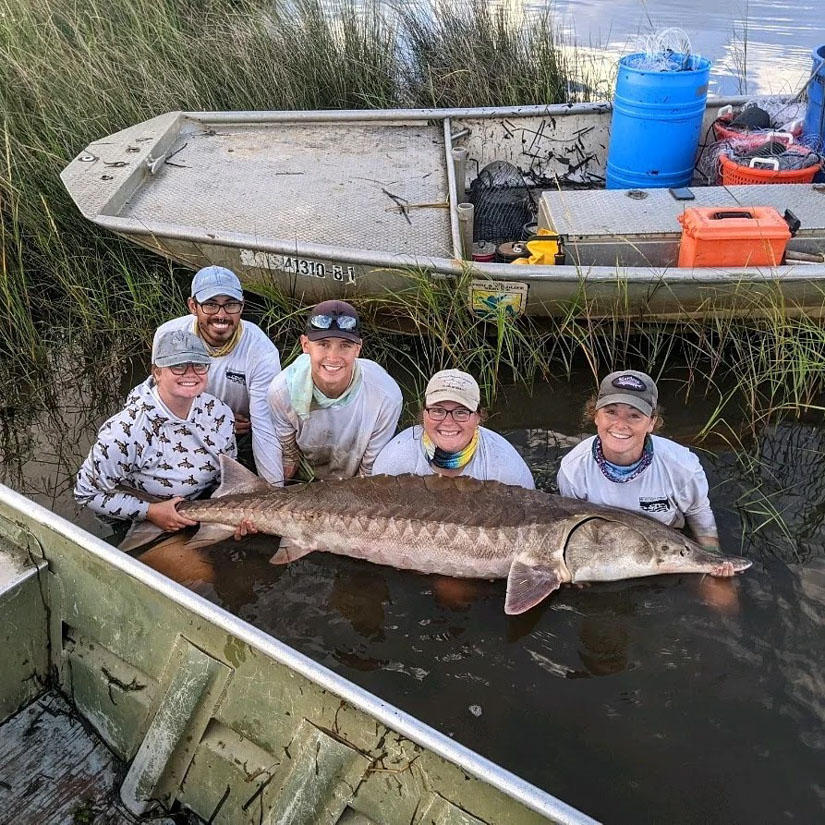 VICKSBURG, Miss. – The U.S. Army Engineer Research and Development Center (ERDC), The University of Southern Mississippi (USM), the University of Kentucky and the Mississippi Department of Marine Resources (MDMR) continue work on a three-year collaboration to create oyster reef habitat in the northern Gulf of Mexico for experimental purposes.

The project’s primary objective is to investigate methods for optimizing oyster habitat restoration in the area which would ultimately lead to oyster population recovery and enhancement of ecosystem services in coastal waters. A secondary objective is to evaluate whether the creation of oyster reefs as part of coastal restoration activities has any impacts on the use of critical habitat by Gulf sturgeon, a federally protected species.

A robust oyster population is vital to the ecology and the economy of the region.

In early 2021, the research team began evaluating potential reef sites off the coast of Mississippi. Specifically, they were looking for areas that offer favorable environmental conditions for oysters within the footprint of Gulf sturgeon habitat.

“The plan is to create oyster structures at two sites. Each site will have two 50-acre leases, with each lease having eight one-acre reef plots,” said Dr. Safra Altman, a research ecologist with ERDC’s Environmental Laboratory and ERDC’s technical lead for the project. “We believe we have now identified two sites that will allow us to best fulfill both project objectives.”

The project aims to determine what positive and negative impacts, if any, occur to Gulf sturgeon critical habitat by quantifying changes in use by acoustic telemetry tagging studies, sediment characteristics and Gulf sturgeon prey density in response to oyster reef creation. This data will allow resource managers to make informed decisions on how to best achieve restoration while simultaneously conserving Gulf sturgeon.

The research team submitted permit applications for the proposed reef sites earlier this year. The MDMR held a public comment period in early November and the U.S. Army Corps of Engineers (USACE)  will be accepting public comments soon to give citizens the opportunity to provide feedback on the proposed reef site locations before construction begins.

“Getting the permits reviewed and approved is the next major step of this project,” said Dr. Read Hendon, director of the Gulf Coast Research Laboratory and USM project lead. “However, our researchers have already started data collection in and around the proposed reef sites so that we have baseline information on ecological conditions before the reefs are created.”

Dr. Mike Andres, assistant research professor at USM, and graduate students from his lab are taking the lead on the Gulf sturgeon component of the project. The USM and ERDC researchers are currently tagging juvenile and subadult Gulf sturgeon in the Pearl and Pascagoula rivers in expectation of using these various habitats.

“Dr. Andres’ lab, along with ERDC researchers and collaborators from the University of Kentucky sampled sediments and potential Gulf sturgeon prey species in Mississippi Sound during August to gather preliminary data for these regions,” Altman said. “An acoustic telemetry array over open-bottom habitats where oyster lease sites are expected to be created and over oyster reef habitats was deployed to quantify habitat characteristics–sediment composition and prey items–and Gulf sturgeon use prior to creation of the oyster reef treatments.”

Gulf sturgeon are not the only species to be influenced by reef creation. The USM team will also be tagging finfish species known to feed on oyster reefs, such as black drum and sheepshead. The acoustic receiver arrays established over different habitats are expected to yield additional data from other USM and MDMR collaborators tagging other recreational fish species within the Mississippi Sound, including red drum, southern flounder and Atlantic tripletail.