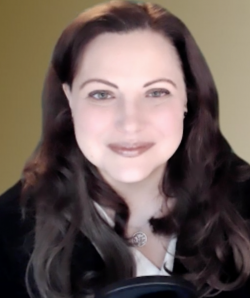 Dr. Shannon French, the Inamori Professor of Ethics at Case Western Reserve University (CWRU) in Cleveland, Ohio, will present "Military Ethics and Codes of Honor in the High-Tech Era" for the next University of Southern Mississippi (USM) Philosophy and Religion Forum, set for Tuesday, Oct. 12 at 6:30 p.m. online via Zoom.

Dr. French is director of the Inamori International Center for Ethics and Excellence, and a tenured member of the Case Western Reserve Department of Philosophy. She also has secondary appointments as a professor in the CWRU School of Law and the Department of Bioethics.

An internationally recognized expert in military ethics, Dr. French previously was a member of the faculty at the U.S. Naval Academy, where she was a tenured member of its Department of Ethics and associate chair of the Division of Leadership, Ethics, and Law. Her other areas of research include the ethics of emerging technologies, such as artificial intelligence, and has gained expertise through her access to cutting-edge technology projects that include those supported through the Defense Advanced Research Projects Agency (DARPA).

Dr. French’s publications include The Code of the Warrior: Exploring Warrior Values, Past and Present, now in its second edition (Rowman & Littlefield, 2017), edited volumes on military ethics, and many book chapters and peer-reviewed articles, with recent titles ranging from “Artificial Intelligence in Military Decision-Making: Avoiding Ethical and Strategic Perils with an Option-Generator Model” to “Neuroethics, Dehumanization, and the Prevention of Moral Injury” to “Military Neuro-Interventions: Solving the Right Problems for Ethical Outcomes” to “Strategic Dissent in the Military.”

Her scholarship is widely revered in military circles. She was named the General Hugh Shelton Distinguished Chair in Ethics by the U.S. Army Command and General Staff College Foundation in 2017, and frequently presents her research at prestigious US and international conferences. In 2019, she was a distinguished speaker at the British government’s official event to commemorate the 70th anniversary of the signing of the Geneva Conventions, gave the keynote speaker for the U.S. Army Ethics Symposium, was a plenary speaker at the McCain Conference, and delivered named addresses at both the U.S. Army War College and the Marine Corps Base Quantico, where her book The Code of the Warrior is required reading for officer candidates.

Fall 2021 Philosophy & Religion Forum talks are hosted on Zoom, and preregistration is required. All program times are CST.

The Philosophy & Religion Forum is presented by the USM Philosophy program, which is housed in the USM College of Arts and Sciences’ School of Humanities. For more information, contact Dr. Amy Slagle at a.slagleFREEMississippi.