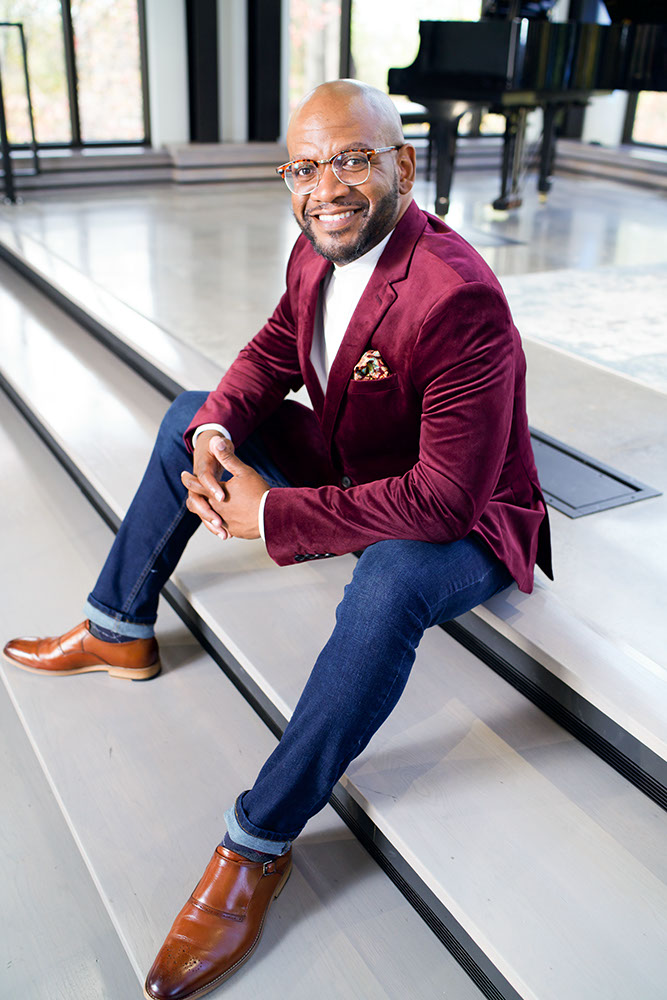 With the help of a family friend who paid for then five-year old Jeffrey Murdock to take piano lessons, the seed was planted for The University of Southern Mississippi (USM) alumnus to be on a trajectory to pay it forward, with that same generous spirit, to help young people from all walks of life discover their own musical talents.

Now a music professor at the University of Arkansas, Dr. Jeffrey Murdock is recipient of the 2021 Grammy Music Educator award in the 63rd edition of the famed recognition ceremony, which honors achievements in the music industry. The award, presented by the Recording Academy and the Grammy Museum, honors “teachers and professors who have made a significant and lasting contribution to the field of music education and who demonstrate a commitment to the broader cause of maintaining music education in the schools."

Dr. Murdock was one of only 10 candidates for the honor; more than 2,000 educators are nominated annually. The Grammy awards ceremony was held March 14.

A native of Biloxi, Mississippi, Dr. Murdock earned bachelor’s and master’s degrees from USM’s School of Music. He was also a Ronald E. McNair Post-Baccalaureate Scholar at the university, where he conducted the African American Student Organization (AASO) gospel choir and was a member of the Kappa Iota chapter of Kappa Alpha Psi Fraternity, Inc. A veteran educator with more than 15 years of experience, He is the 2016 Connor Endowed Faculty Fellow in the University of Arkansas’ Fulbright College of Arts and Sciences and conductor of the university’s Inspirational Chorale.

An internationally recognized conductor, clinician and adjudicator, his areas of research include cultural hegemony in choral music education, social justice in music education, culturally responsive pedagogy in music education, and music in urban schools. He said it was in the Memphis/Shelby County schools where, as a young teacher, his eyes were opened to the disparities in access to quality music education across the city and county, including those associated with geographic, economic and racial factors.

“That experience made me become passionate about leveling the playing field, thereby eliminating cultural hegemony in music education,” he said. Now, Dr. Murdock helps other educators advance his vision for bringing equity to music education through training and mentoring colleagues in the field.

“We’re so proud of Dr. Murdock and all his many accomplishments. To say that we are excited for him on his 2021 Grammy win for the Music Educator Award is an understatement,” said USM Interim Chief Diversity Officer Kim Brown, who also served as director of the university’s McNair Scholars Program. “The McNair Scholars Program is designed to prepare undergraduate students for doctoral studies through research and other scholarly activities, and the goal is to increase the number of graduate degrees of students from underrepresented segments of society,” Brown continued. “Jeffrey has far exceeded all our expectations as a former McNair Scholar, and has set such an outstanding example for those underrepresented students coming behind him.

“I hope that current and future students McNair Scholars can look at him and see themselves, and know that it is possible for them to achieve similar success in their respective fields and accomplish all their goals and more.”

For information about the USM College of Arts and Sciences’ School of Music, visit https://www.usm.edu/music/index.php.