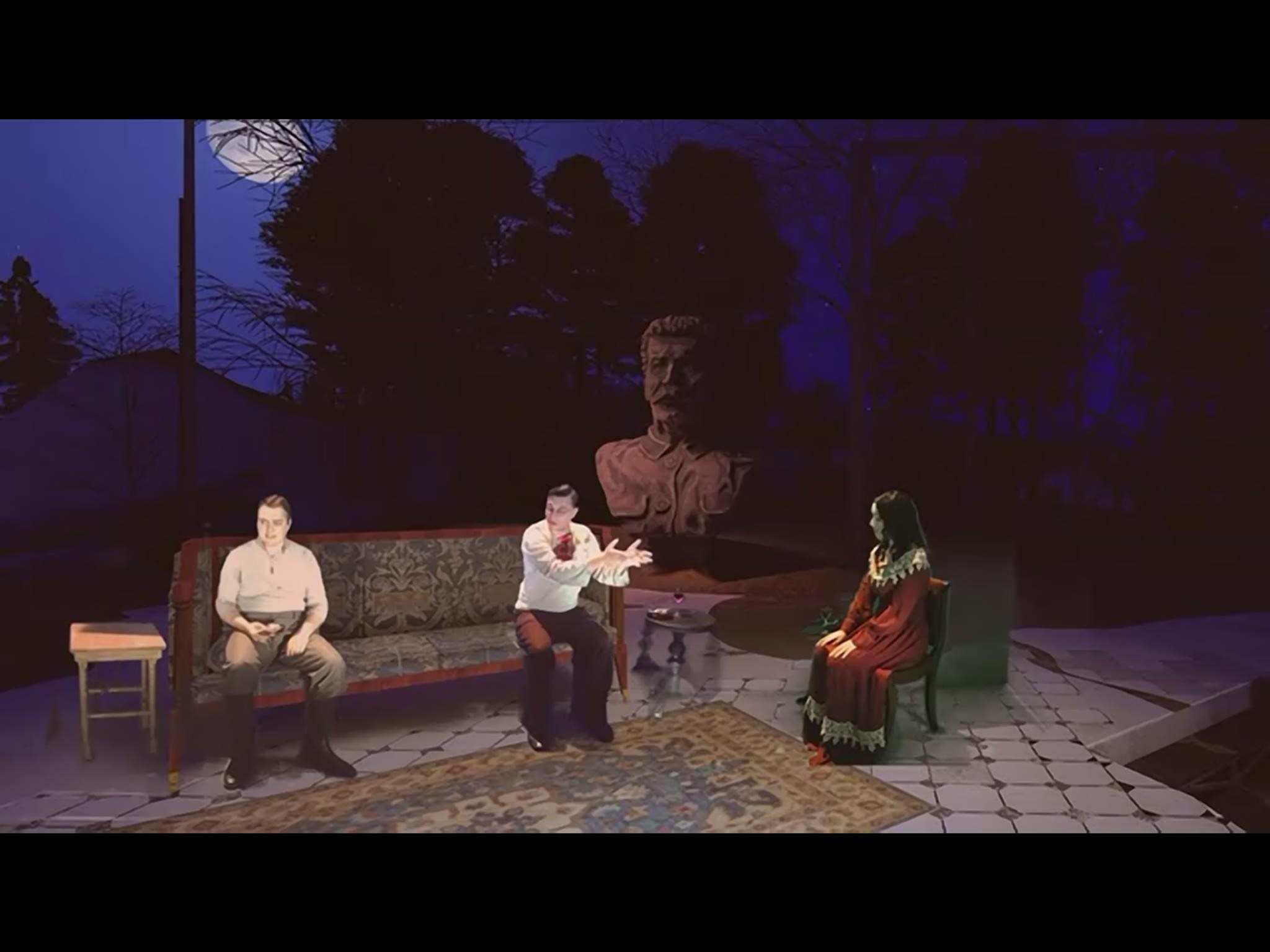 Jax Wright, a graduate student in the School of Performing and Visual Arts at The University of Southern Mississippi (USM), along with the theater production team, were recognized at the 2021 Kennedy Center American College Theatre Festival (KCACTF) for the production of Rajiv Joseph's Describe the Night.

The KCACTF boasts contestants from a diverse range of fields in theatre and puts students in a competition that celebrates the highest caliber of work produced in university and college theatre programs.

On a statement by KCACTF, as it announced the productions and artists, it highlighted that this year the focus was the importance of innovation, “During these unprecedented times, KCACTF celebrates these imaginative and evocative theatre-makers and productions as being at the forefront of a revolution in artistry that ignites conversations of national importance through innovation in process, content, form, design, technology, outreach, and audience engagement.”

“The KCACTF has always set the highest standard for college theatre, and this year we are thrilled with being recognized for our innovative virtual initiatives at national level,” said USM Theatre professor Dr. David Coley. “We couldn’t be any prouder of this achievement, as it validates the ingenuity of our students and the quality of work produced in a year in which we learned about the power of pivoting.”

Wright, a first-year graduate student from Ooltewah, Tenn., in the MFA program in Scenic Design and Paint Shop Supervisor for the 2020-21 season, was the design assistant and compositing designer for the virtual environment and live streams, including the scenery for USM’s live Spring production of The Last Five Years.

Wright reflects on his experience and accomplishments this year and highlights the positive reactions and praise received on behalf of the KCACTF respondents.

“Looking back on Describe the Night and the other productions this year, I am extremely happy that our team accomplished bringing innovation, excitement, and hope to our field,” said Wright. When we presented our work to KCACTF regionally and nationally, they were awestruck. The respondents told us repeatedly that our production was a breath of normalcy in the age of Zoom theatre.”

Wright also revisits the creative process involved as a compositing designer of Describe the Night.

The show gave birth to a new theatrical role — the compositor, who uses the software to integrate the actors and the environment and whose work preserves some of the dynamicity, depth, and connectivity of face to face theatre for creative teams and audiences alike,” he said.

“This was a unique opportunity, as the Creative Team and I engineered a digital and interactive world for the actors through the use of open-source software like SketchUp, Lumion, Open Broadcaster Software (OBS), OBS.Ninja, among others,” said Wright.

He added, “even though it took hours of conversation, trial and error, and creative and technical thought, I am very proud of Describe the Night and to be a part of a team that was determined to overcome obstacles and see a problem as an opportunity.”

For more information regarding the MFA in Theatre visit usm.edu/graduate-programs/theatre.php.