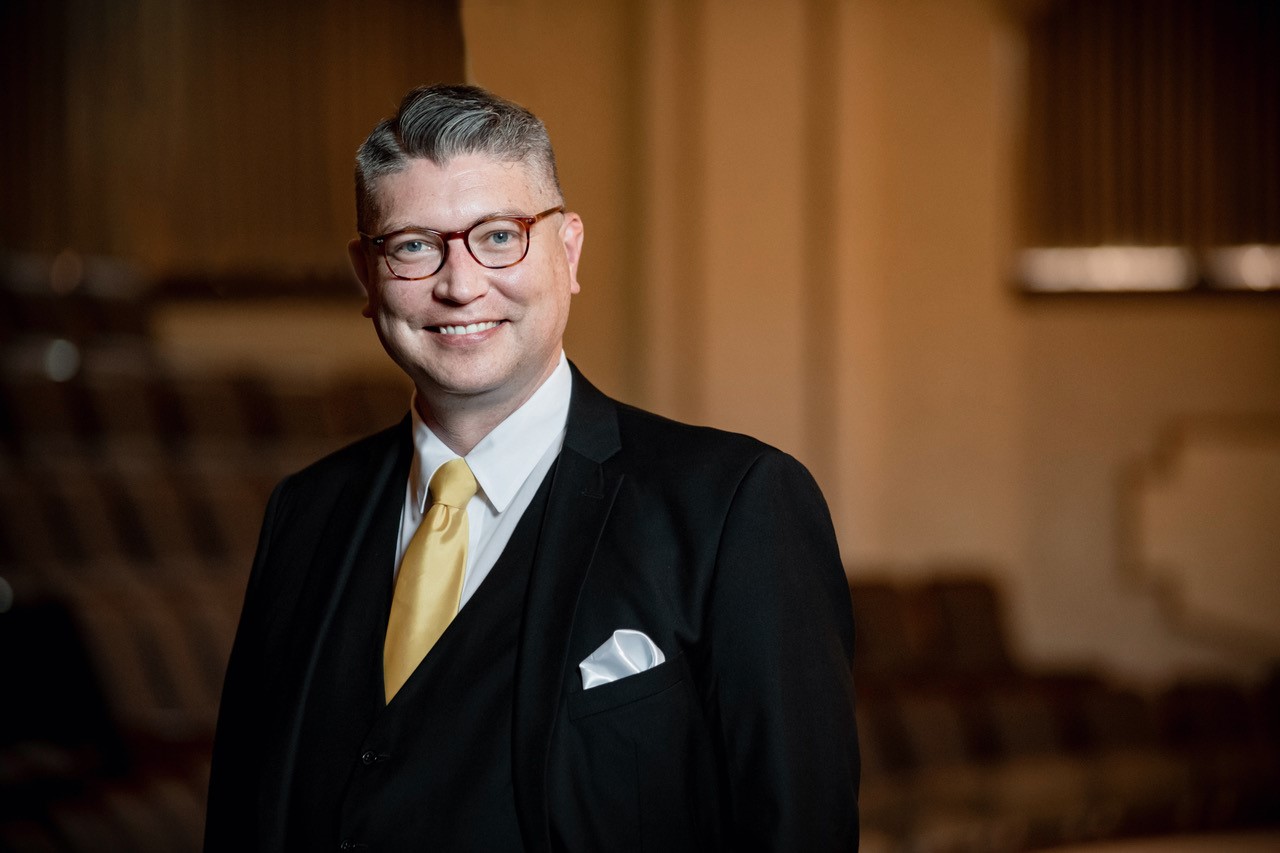 Following an exhaustive nationwide search, Dr. Chris Winstead, Dean of USM’s College of Arts and Sciences, has announced that faculty member, Dr. Colin McKenzie, will become the new Director of the School of Music, effective July 1.

McKenzie assumes the position held by Dr. Jay Dean, who will be retiring from full-time employment in June after serving 33 years in the University’s School of Music.

“Dr. McKenzie has served with distinction as our Associate Director of Bands and has provided strong leadership throughout the COVID-19 pandemic,” Winstead noted. “I look forward to working with Dr. McKenzie as he serves in this critical leadership role.”

“I am simultaneously thrilled and humbled to have the opportunity to serve the students, staff, and world-class faculty of the School of Music as director,” said McKenzie. “There is no better place to study music in the country than within the walls of The University of Southern Mississippi School of Music. World class faculty, dedicated staff, and an environment which is ripe with opportunity for students at all levels are hallmarks of what makes our school so great.”

Currently, McKenzie is the Associate Director of Bands, Associate Professor of Music, and Director of The Pride of Mississippi at USM. He also conducts the Symphonic Winds, administers all facets of the comprehensive athletic band program, teaches course work in conducting, and assists in student teacher preparation and observation.

Prior to his appointment at Southern Miss, McKenzie served as Associate Director of Bands and Director of Athletic Bands at Georgia Southern University, where he directed and administered all facets of the Southern Pride Marching Band and Hoop Troop Athletic Bands. He also served as conductor of the Georgia Southern University Wind Symphony, was founding conductor of the University Band, and taught graduate conducting and marching band techniques within the Department of Music.

Previously, McKenzie was on the faculty at Baylor University in Waco, Texas, as Assistant Director and, later, Acting Director of the Golden Wave Band, conductor of the concert band, co-conductor of the symphonic band, and teacher of undergraduate courses in music education and conducting.  In addition, McKenzie served as associate conductor of the Waco Symphony Youth Orchestra.

The Southern Miss School of Music is incredibly fortunate to have incredibly strong partnerships in our community. McKenzie acknowledges that without their years of support, many of the school’s greatest achievements and future ambitions would not be possible.

“As we continue to push the agenda of excellence in music at Southern Miss forward, I am excited to work with our community supporters to enhance our programs and offerings,” McKenzie said. “These community partners have already made an indelible impact on our School and I am excited to see where we go, together, from here.”

Upon retirement, Dean plans to continue his relationship with USM and his work with the Hattiesburg Concert Association, FestivalSouth, Opera Mississippi, the Natchez Festival of Music, and develop other new projects.

During his tenure, he created life-changing experiences for students in the ensembles under his direction, particularly international students, noting, “Music is the vehicle through which we can change people’s lives; that is our most important work.”

He is delighted to be succeeded by Dr. Colin McKenzie, a colleague whom he considers to be an outstanding musician and faculty member.

“I know that Dr. McKenzie will do an extraordinary job for the School of Music and the University,” said Dean.

Over the next few weeks, Winstead, Dean, and McKenzie, will be working together on leadership transition plans for the school.

McKenzie concluded, “I take my obligation to our students, faculty, staff, and community partners incredibly seriously and look forward to working with all of you as we continue the tradition of excellence already in existence here.”