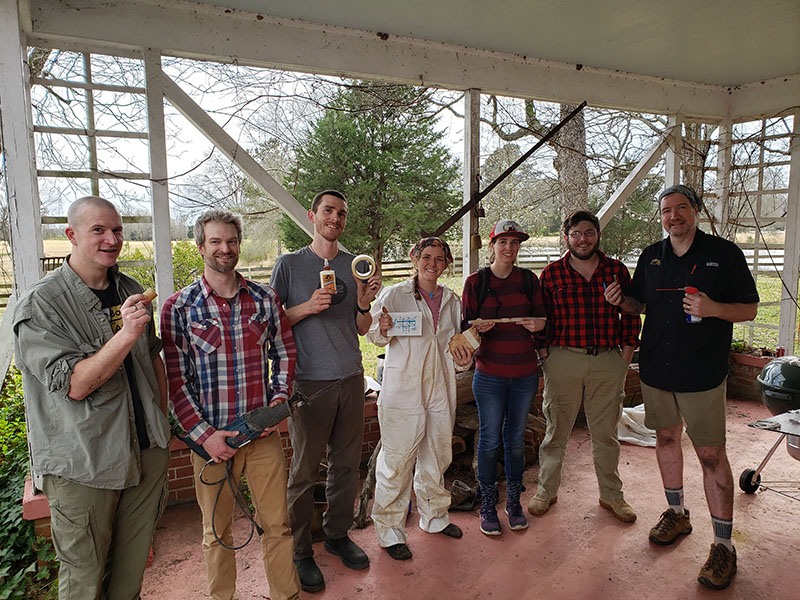 What began with a random phone call became an intense research project that led to remarkable discoveries by a group of professors and students at The University of Southern Mississippi (USM).

After nearly two years of painstaking analysis, the group formed a startling conclusion: pine wood from the Colbert-Walker structure could be traced back to 1734. What that means is that the former home represents one of the oldest, if not the oldest, dendro-dated (a scientific method of dating tree rings to the exact year they were formed) structures in the Gulf South region.

When asked to describe his emotions upon learning the timbers’ pre-Revolutionary War date, Patterson said: “Jubilation. This particular result came after months of trial and error, leaving us wondering if the material was un-datable.”

In fact, the project had almost run its course until Patterson came up with a last-ditch idea.

“At the 11th hour I suggested to my colleagues that we try a slightly different approach to cross-dating and everything finally fell into place,” said Patterson. “I think Grant Harley worked late into the night once the dating finally showed promise, and I woke up to emails the following morning with lots of exclamation points. Needless to say, it was a fantastic finding for our group.”

Still unsure, Holt acknowledges that he did not trust the results initially and continued working in confirmation mode for a few weeks thereafter.

Countless hours were spent on the project that also included valuable contributions from USM undergraduate and graduate students. Two exhaustive sampling trips were made to Tupelo in March and October of 2019.

“We are extremely grateful for our student volunteers who crawled around an old house for the sake of research,” said Patterson.

The unlikely adventure began in 2018 when Patterson was contacted by archaeologist Raymond Doherty, who sought the professor’s help dating timbers from three structures in the Tupelo area. Doherty was working with the Chickasaw nation to determine if the structures were of Chickasaw origin.

“Our goal was to date them to the early 1800s. At that time, I was in the second year of my visiting position at USM with no lab or funding for research, so I called my colleagues – Drs. Holt and Harley – and asked for their help,” said Patterson. “We formed a research team and started the project in early 2019.” 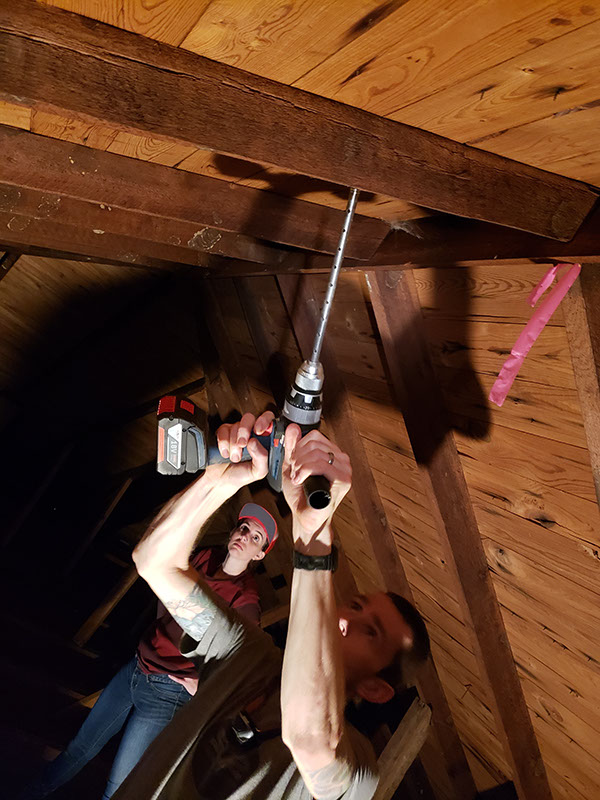 The group used methods that are common in dendroarchaeology, which required removing samples from suitable timbers in the attic and crawl space of the house. Patterson points out that each piece of timber contains tree rings, which resemble a barcode with a distinct pattern. Favorable growing seasons (perhaps wetter than average) will produce wider rings, whereas hotter or drier years will produce narrow rings.

Exclusive, hollow drill bits and various saws were used to extract the samples that were then measured in a laboratory. Each year of growth is measured to 0.001mm accuracy, and the measurements are ordered into a tree-ring chronology (chronological measurements of each growth ring). Sophisticated software aids in the process, providing statistics that confirm the dating match.

When assigning dates to the timbers, samples from specific pieces were collected that contained bark or the outer curvature of the tree. Thus, the researchers knew that the last year of growth was represented in the sample.

“We compared the tree-ring patterns in the timber samples to tree-ring reference chronologies from the local area in order to assign calendar years to all growth rings in the samples,” said Patterson. “Once we assigned dates to the samples, we could safely assume that the outermost year was the cut-date for the tree, and timber was used for construction within the calendar year or one year following.”

Harley, who has since become a member of the faculty at the University of Idaho, points out that the Tupelo structure’s 1734 date can be placed into historical context by comparing dates from other structures in the region:

“The old Ursuline Convent in the New Orleans French Quarter purportedly existed as a drawing on a map dated to 1733, but historical documents report it was not finished until 1734. Though the construction year of the convent has not yet been confirmed with dendrochronology,” said Harley.

Patterson describes trees as the “silent stenographers” of the forest, recording environmental conditions for hundreds to thousands of years.

“Today, there is an international community of scientists that use tree rings to study climate, wildfires, forest ecology, land-use changes, and even insect outbreaks,” he said. “The archaeological application of tree-ring science can provide exact calendar years for building materials, which can be important when determining construction dates for historical reasons.”

The Walker-Colbert home’s construction has been traced to the 1850s. The USM research team has shown that it contains salvaged timbers that have persevered for more than 280 years. Future research aims to pinpoint the wood’s origins.

Patterson, Holt and Harley hope to have their findings published in the current calendar year. They are excited and gratified by the ring of truth their research has yielded.

“This research is important because it allows owners of historic structures to have concrete, scientific evidence of the year, or years, during which their structure was built,” said Harley.

Echoed Patterson: “We look forward to getting this research out to a larger audience and potentially expanding to additional structures in Mississippi. Our region of the South is underrepresented in dendroarchaeological research, so hopefully we can fill in the map with future studies.”