Presented with one of the biggest career challenges yet, University of Southern Mississippi (USM) alumna Caroline Eselin-Schaefer, ’97 and her team designed costumes for the Amazon’s series “The Underground Railroad,” from Academy Award winner Barry Jenkins, based on the Pulitzer Prize-winning novel by Colson Whitehead.

This 10 part-series chronicles the harrowing journey of enslaved Cora and her bid for freedom in antebellum South.

As the synopsis for Jenkins’ adaptation reads: “After escaping a Georgia plantation for the rumored Underground Railroad, Cora discovers no mere metaphor, but an actual railroad full of engineers and conductors, and a secret network of tracks and tunnels beneath the Southern soil. Over the course of her journey, Cora is pursued by Ridgeway, a bounty hunter who is fixated on bringing her back to the plantation she escaped.”

Going from collaborating with Jenkins on “If Beale Street Could Talk” and “Moonlight” to this series was ambitious and could be perceived as a career highlight, even though Eselin struggles with finding the right words to describe her experience. Due to the weight of the subject matter of the latter, which shines the light on the brutal atrocities of slavery through magic realism and alternate history.

“It is hard to find the words, as describing this experience as “thrilling” or “a dream” feels unsuitable,” says Eselin. “It was a serious responsibility. The obligation of being as authentic as possible in each portrayal was a challenging undertaking — I’d say it has been one of the most challenging, educational, and valuable things I’ve ever done in my career.”

To be as grounded in reality as possible, the design process started with a long gestational period of research and prep that lasted 6 months. It included going to institutions devoted to the research and preservation of history like the New-York Historical Society, New York Public Library's Schomburg Center for Research in Black Culture, and the Whitney Plantation Museum, among others.

Eselin says the scope and size is what’s different than what they've done before, it was massive as it included: 110 principals, 80-85 stunt performers and around 3,000 background artists.

In approaching the design process, they built a world of its own for each episode, as Cora embarks on this journey from state to state; opening in a plantation in Georgia and making its way through North and South Carolina, Tennessee, and Indiana.

“Every episode is different. It’s a different period, even though we’re in the 1850s, we were traveling through Cora’s consciousness and examining years in American history,” said Eselin. “All costume choices were focused on not only conveying her progression, and sometimes regression, and truth, but also taking care not to be showy and to avoid taking away from the story.” 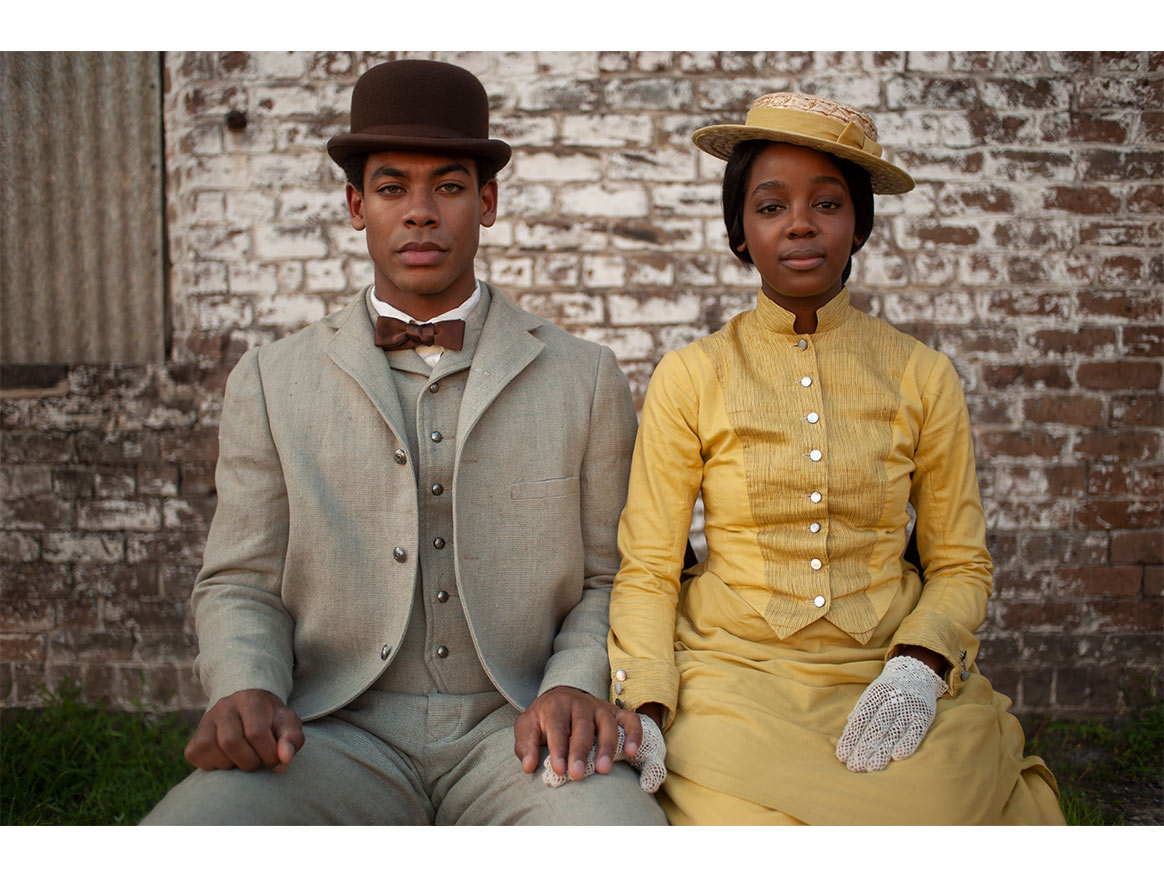 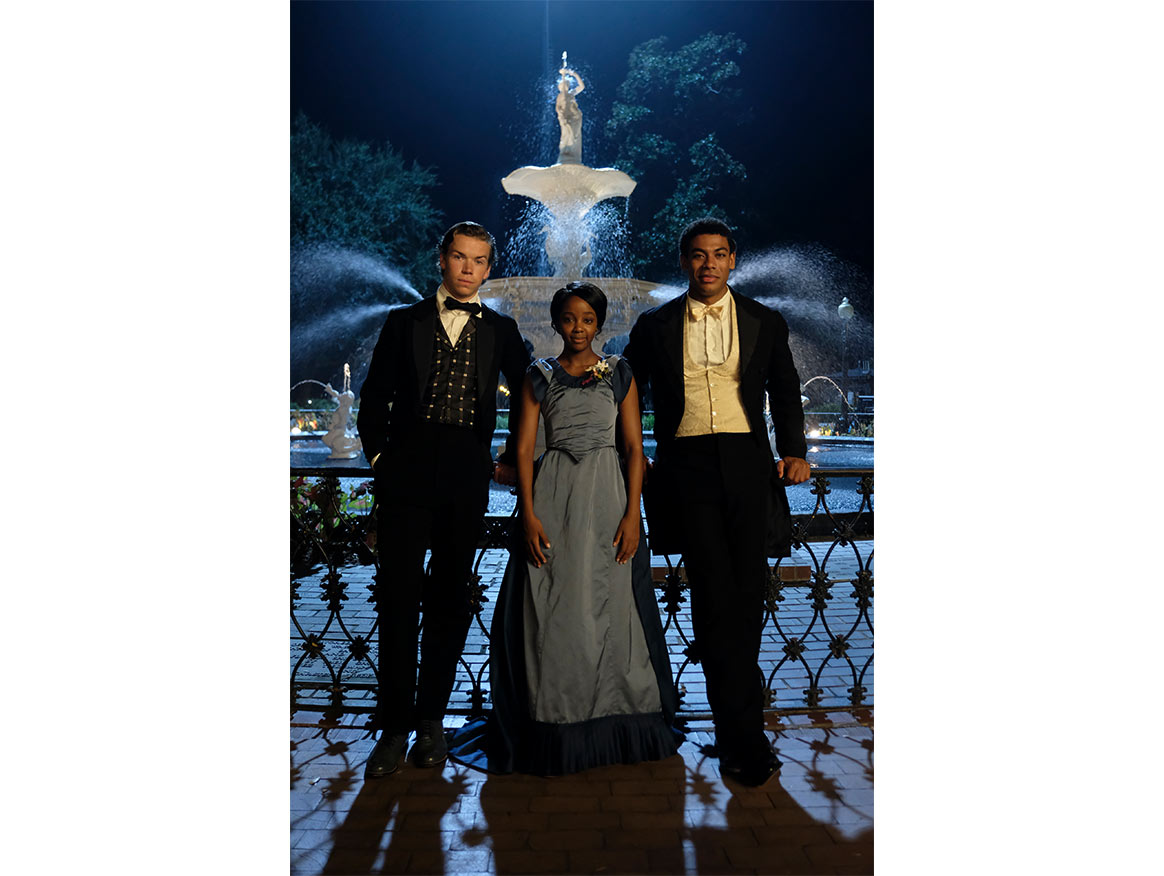 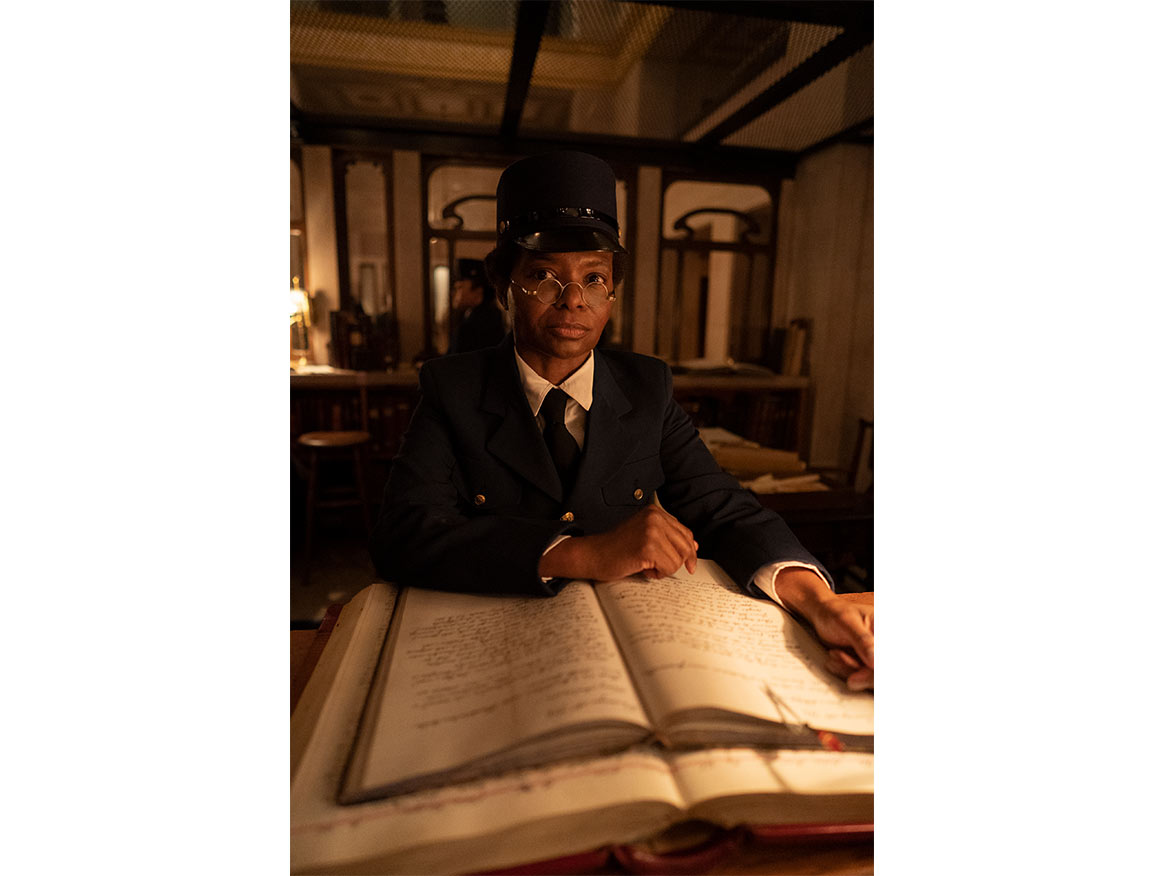 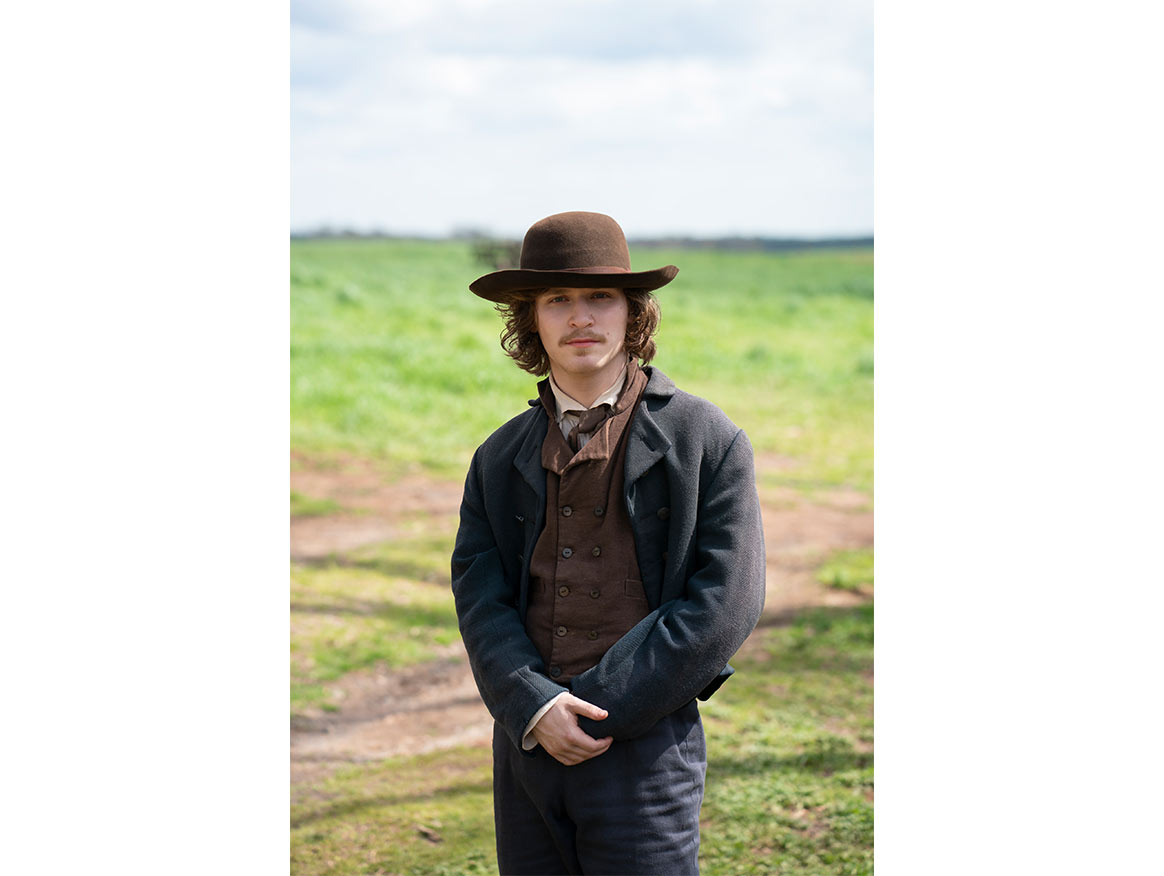 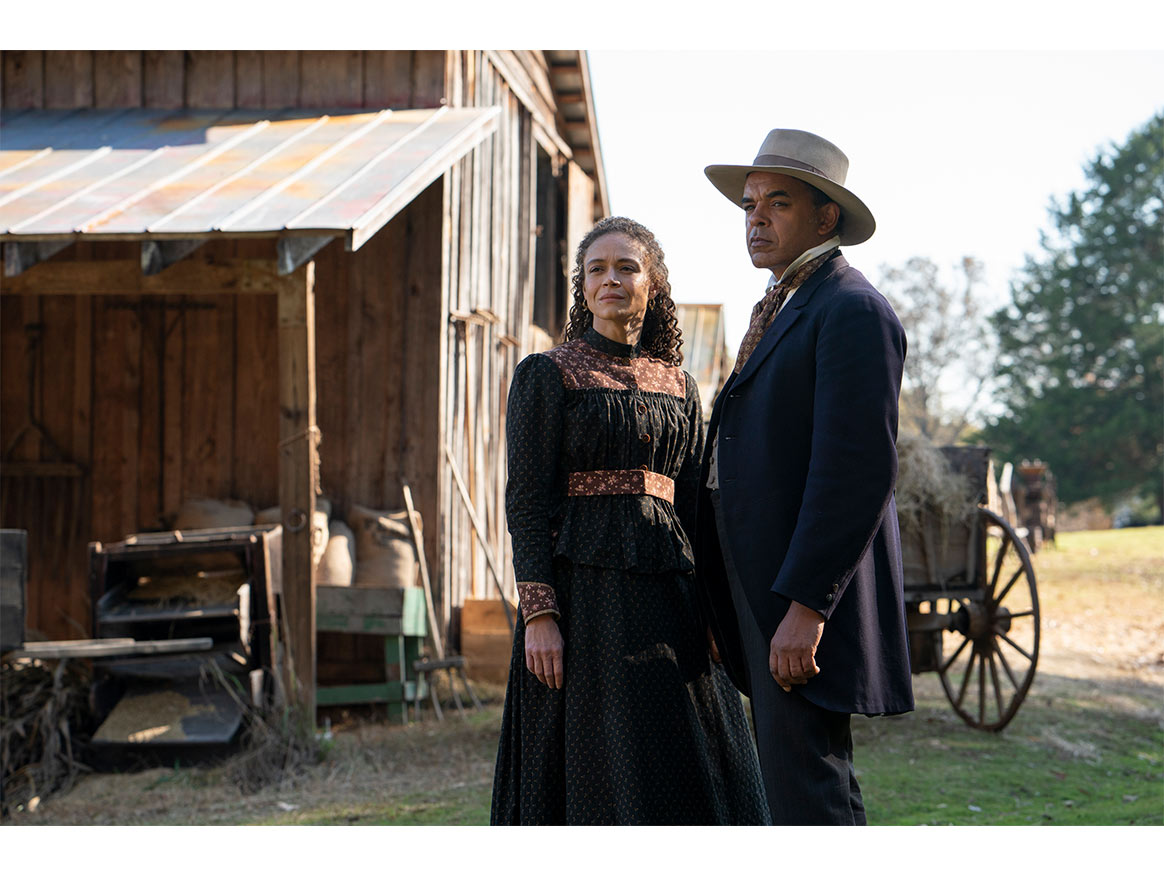 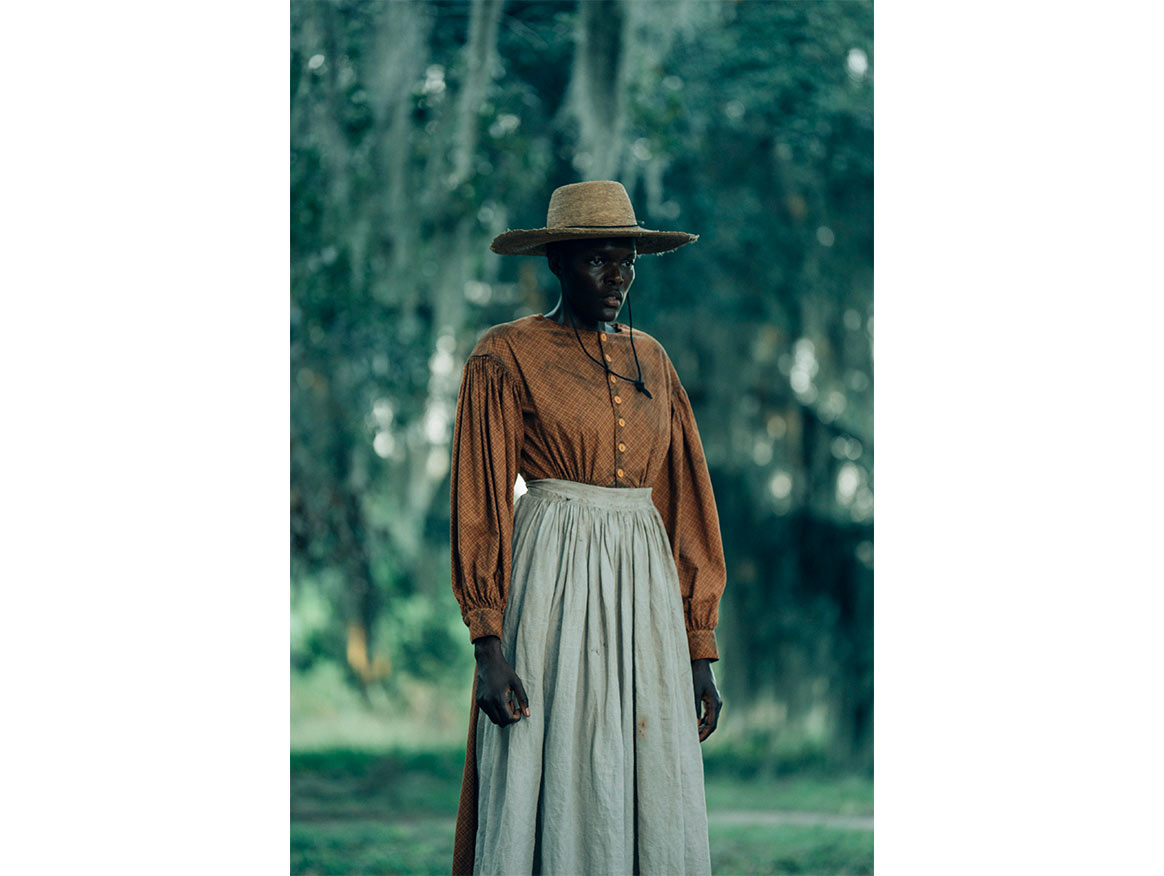 Eselin grew up on the Mississippi Gulf Coast and New Orleans in an artistic family with a mother who was a painter and a jazz pianist father, who graduated from Southern Miss in 1958.

Following her father’s footsteps, Eselin attended his alma mater. Obsessed with clothing and design, she brings that passion with her to USM’s film program, which she refers to as a tight-knit community that allows her to form strong bonds and build meaningful relationships.

“We were all like family. As time has passed, we have remained close friends,” said Eselin. “I am grateful for having been a part of a program that was so hands-on and intimate. We were fully-immersed in everyone’s projects, so we were able to gain experience in different aspects of filmmaking — it equipped us with a diverse set of skills that made us better storytellers.”

Nina Parikh, a fellow classmate, friend, colleague, and current director of the Mississippi Film Office, shares a memory of their first music video project together.

“Eselin and I overlapped in our years as film students. She put me in a sari to walk through a meadow of flowers for her music video project. She had a specific interest in making music videos at that time, with clothing and design as important elements in her work, so it’s no mistake that she has found success in costume design,” said Parikh.

During and after college, Parikh worked as a freelance film crew member for six years, and collaborated with Eselin in many jobs. Eventually, Parikh, who is also breaking barriers and excelling in the industry, landed as a state employee at the Mississippi Film Office.

“One of my responsibilities in this role was to assist productions find experienced and/or emerging, enthusiastic crew members, while working in Mississippi,” said Parikh. “I always worked toward matching experience and interests with projects as much as possible.”

As there were very few individuals with costume and wardrobe experience in the state, Eselin’s name was shared with projects frequently along with a handful of others.

“Parikh significantly influenced my career, as she would give my name to other productions coming to Mississippi, mostly in Jackson,” said Eselin. “Thanks to those amazing opportunities, I was able to experience breakthroughs and build upon my success as a costume designer,” she added.

Some of the productions Eselin worked on as her career started to take off were: as a costume production assistant on “O Brother, Where Art Thou?” (Coen Brothers); for costume designer Mary Zophres; and as a costume designer on “The Blues,” a series produced by Martin Scorsese, specifically the episodes directed by Wim Wenders and Charles Burnett; and many others, big and small, to later working on a feature with Parikh, who produced the award-winning and acclaimed film “Ballast.” In 2008, both winning two awards at the Sundance Film Festival.

Looking back at the early days of her career, Eslin recalls that she didn’t realize she could be a costume designer.

“Early on, I actually didn’t realize I could be a costume designer, so I started by working as a camera loader, production assistant for commercials, and taking on audio-visual work. Until one day, someone gave me an assistant job in costume design, and then the next thing I knew I was called to work with background artists on a pilot directed by Forest Whitaker,” said Eselin. “The more I got into designing, the more I knew it was what I was passionate about.”

Eselin’s most recent collaborations are “Troop Zero” with directors Bert and Bertie for Amazon Studios and the three collaborations with Jenkins. Constantly exploring new worlds and cultures, if you wonder what she is up to now, she is currently working on the much-anticipated Latinx remake of “Father of the Bride.”

“I don’t know a person that is more focused and passionate toward their work. I know when Eselin is working on a project, as I won’t hear from her and she’ll be hard to reach. I don’t take offense. You can watch any of the last three Jenkins projects and know she wasn’t snubbing her friends. She was focused. I fully expect her talents and skills to expand and bloom in new ways until she chooses to no longer do it, which may never be the case,” said Parikh.

“As probably all film students do, we joked about some future time when our name would come at the end of, ‘…and the Oscar goes to.’ Well, it’s no joke anymore, and I can’t wait to embrace her in celebration when that time finally arrives for her.”

Find more information about the Media and Entertainment Arts (Film) program at USM.