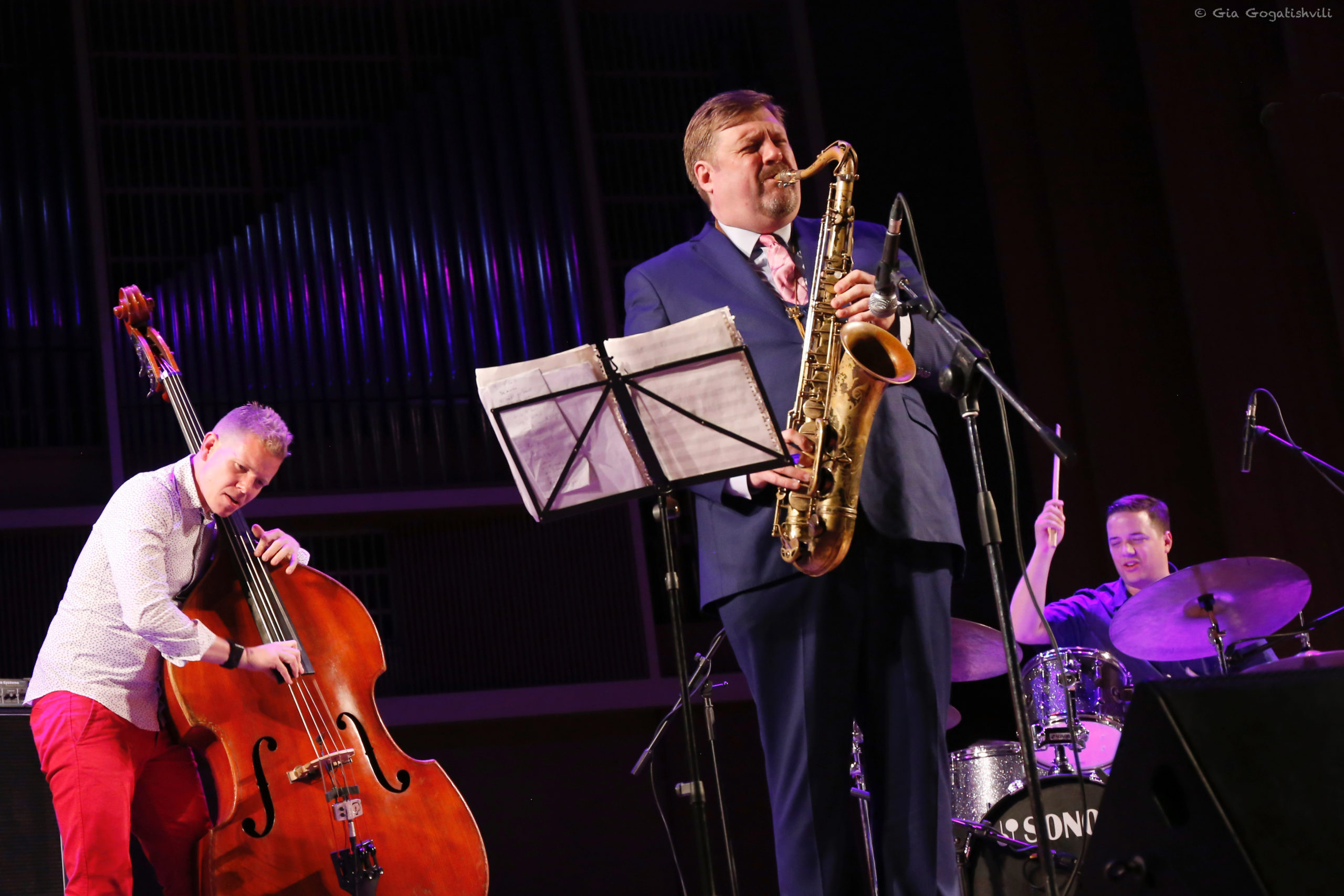 The Connoisseur Series of The University of Southern Mississippi (USM) School of Music opens the 2022-23 season by presenting the Joel Frahm Trio, Wednesday, Nov. 9, at 7:30 p.m. in Marsh Auditorium.

Frahm represents one of the most innovative voices of jazz tenor saxophone today. His bold, inventive tenor sound has won fans in the U.S. and across the world. This concert is presented free to the public thanks to the generous support of the Mr. and Mrs. James Simrall, Jr. Arts Endowment and a grant from Partners for the Arts.

Frahm has worked alongside Betty Carter, Kenny Barron, Freddy Cole, Dianne Schuur, Kurt Elling, Jane Monheit, Bill Charlap, Brad Mehldau, Matt Wilson, Cyrille Aimee, and many other top artists. He has played as a leader or sideman on more than 100 recordings and has appeared at jazz festivals in the United States, Europe, Israel, Canada and South America.

“Joel Frahm is one of the most significant jazz tenor saxophone players around,” said Larry Panella, director of Jazz Studies at Southern Miss. “He seamlessly blends the traditions of the music with modern harmonies. His playing concept is engaging and versatile and is reflected in the high regard for his work as a solo artist as well as his work as a sideman.”

The Connoisseurs Series is a premiere, guest artist event series hosted by the School of Music. Representing each applied area (winds, piano, voice, and percussion) with annual guest artist performances, visting artists for the upcoming performance season include Lina Morita, piano and Jay Kacherski, guitar on January 26, 2023; the Akropolis Quintet on January 31; the Lysander Piano Trio on March 21; and “Magnificent Bird” featuring Gabriel Kahane on April 21.

“The opportunity to experience these incredible international talents here in our school is a gift for our students and the community,” said Alexander Russakovsky, director of the Connoisseurs Series.

These renowned performers augment the training School of Music students regularly receive by the world-class faculty housed within the school and add to the rich musical offerings presented annually to the Hattiesburg and regional community. The public is invited to enjoy these incredible guest artists for these one-night-only concert events.