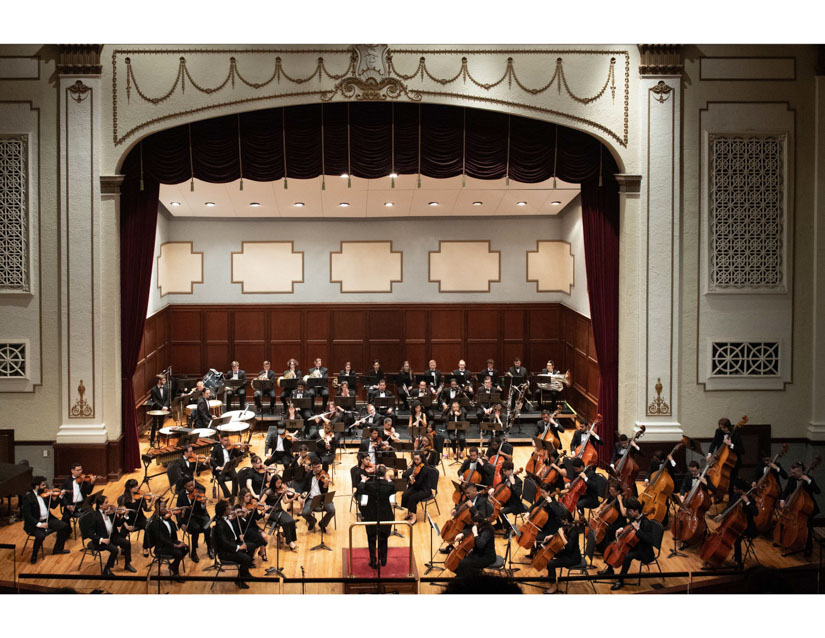 The University of Southern Mississippi (USM) presents the opening night of the 103rd season of its renowned Symphony Orchestra, Thursday, Sept. 29 at Bennett Auditorium on the Hattiesburg campus. The concert features two all-time classics from Ludwig Van Beethoven.

The Piano Concerto No. 5, the Emperor, which is his most performed piano concerto, will be performed by internationally renowned pianist, Anton Nel. Then, Beethoven’s most well-known and performed work, the Symphony No. 5 in C minor, will showcase the orchestra with its very familiar melodies.

Dr. Michael Miles, Director of Orchestral Activities, states this event offers an opportunity to thank patrons and remind them of the value of a wonderful symphony orchestra in our community.

“We are once again pleased to provide the very best in artistic excellence to our patrons and community,“ Miles noted. “This is the first season we have been able to prepare without some form of Covid-based restrictions since 2019, and as a way of thanking our patrons and supporters for staying with us through that difficult time we are programming more familiar music that everyone in the audience will recognize on some level.”

The Symphony Orchestra aims to provide accessible and enjoyable orchestral experiences. While the beginning of Beethoven’s Fifth Symphony is recognized across the globe, many individuals have never experienced the symphony live or in its entirety. The piano concerto also has many familiar melodies and themes. Performed by one of the world’s great pianists, it’s a concert not to be missed.

Anton Nel tours internationally as recitalist, concerto soloist, chamber musician and teacher. Highlights in the U.S. include performances with the Cleveland Orchestra, and the Chicago, San Francisco, Dallas, Seattle, and Detroit Symphonies. Overseas he has appeared at the Wigmore Hall in London, the Concertgebouw in Amsterdam, Suntory Hall in Tokyo, and major venues in China, Korea, and South Africa.

Much sought after as a chamber musician he regularly appears with some of the world’s finest instrumentalists and singers at festivals on four continents. During the summers he is on the artist-faculties at the Aspen Music Festival and School, the Steans Institute at the Ravinia Festival, and the Orford Music Academy in Quebec.

Miles is now a familiar face to symphony audiences. His career includes a blend of musical and academic positions, including appointments at Western Carolina University and Florida International University, seven years as chair at Southeastern Oklahoma State University and six years as director of the School of Music at USM.

“In keeping with our motto “Bringing the World to Mississippi, in this program we bring early19th century Vienna to Bennett Auditorium in the form of two very famous and familiar works by the most famous and influential of all classical composers,” Miles concluded. “It is a rare opportunity to hear both of these famous works performed on a single program.”