USM Home/News/2022/USM to host French Ambassador to the U.S., Philippe Étienne on Oct. 7

USM to host French Ambassador to the U.S., Philippe Étienne on Oct. 7 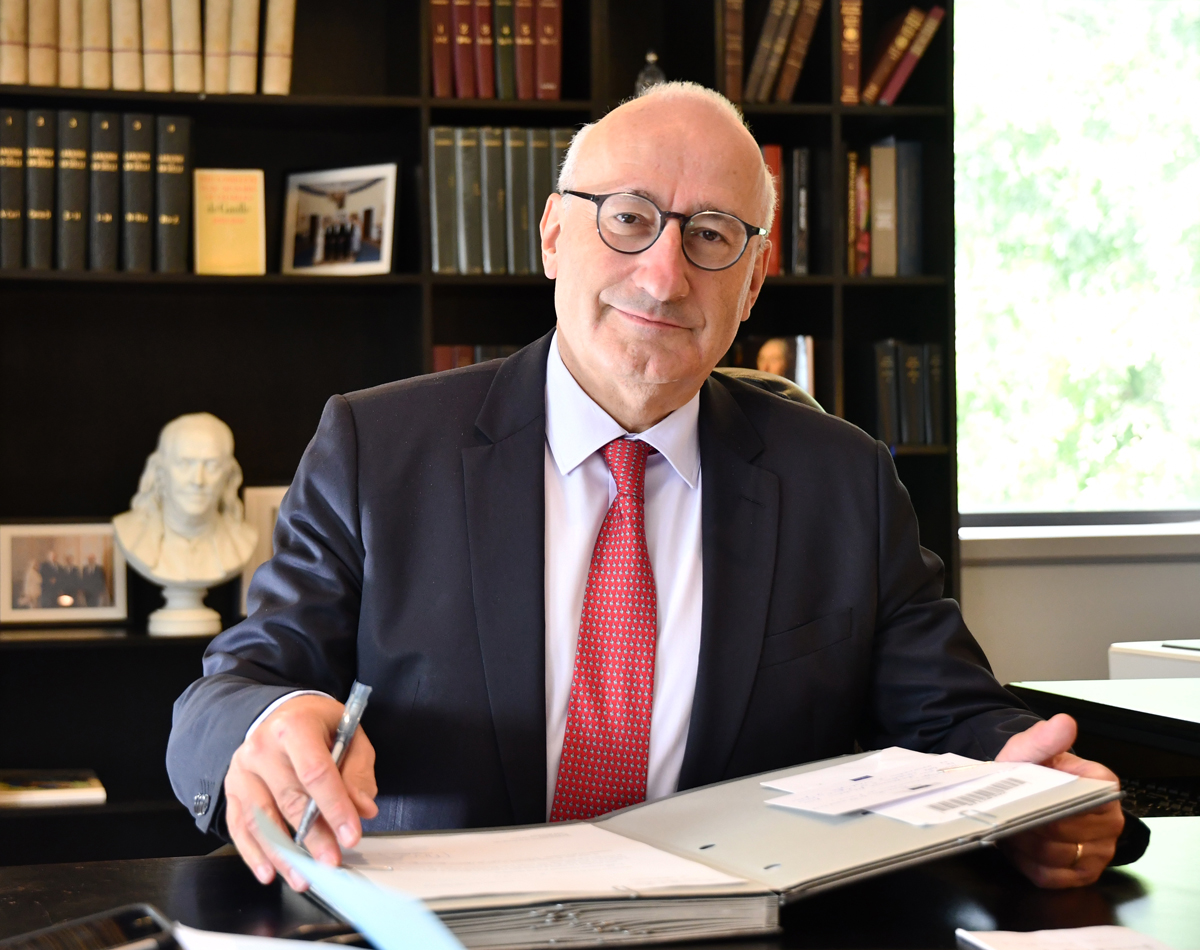 The University of Southern Mississippi’s (USM) College of Arts and Sciences and School of Social Science and Global Studies are honored to host distinguished visitors, the French Ambassador to the United States Philippe Étienne and Consul General of France in Atlanta Anne-Laure Desjonquère, for a lecture open to the public on Friday, Oct. 7 at 5:30 p.m. in the Joe Paul Theater on the Hattiesburg Campus. A reception will follow.

Ambassador Étienne, an expert in the European Union and continental Europe, will host a lecture titled, “What can the Franco-American Relationship Offer in Times of Uncertainty?” The conversation with Ambassador Étienne will address a range of topics that will be of interest to USM and the community, including transatlantic relationships, the French language, and the role of the U.S., France and Europe in current crises.

He will be accompanied by the recently appointed Consul General of France in Atlanta and career diplomat Anne-Laure Desjonquère, who prior to this appointment was head of the division of European Union law and international economic law in the Legal Affairs Department of the MEFA.

“We are honored to host a diplomat of Philippe Étienne’s stature,” said Dr. Chris Winstead, Dean of the College of Arts and Sciences. “This visit provides an outstanding opportunity for our students to interact with a leader working at the highest level of international relations and diplomacy. We are grateful to our own Madame Keltoum Rowland for inviting Ambassador Étienne, as her engagement with the French Consulate provides great insights for our students.”

As a senior lecturer in USM’s World Languages program and Honorary Consul of France in Mississippi, Madame Rowland has spearheaded multiple efforts to promote the French culture, including initiatives that help others further discover and understand the culture. In addition, she is highly engaged as a faculty sponsor of L'Association Française, the French Club, and as the director of Study Abroad programs, including the Château Program: Semester in France and French in France Summer Program.

Most recently, in an effort to facilitate visits by political representatives, Madame Rowland extended an invitation to Ambassador Étienne who gracefully accepted.

"We are delighted to welcome the French Ambassador on his first official visit to Mississippi,” said Rowland. “This will be an outstanding opportunity for our community to meet the official representative of France to the U.S. and his delegation, hear his talk on the Franco-American relationship, and engage in intellectual and thought-provoking conversations.”

At the end of his lecture, Ambassador Étienne will recognize students who participated in the French in France Summer Program by bestowing certificates of excellence.

He has held posts in Moscow, Belgrade, Bucharest, Bonn, Berlin and Brussels. He has also served as an adviser in the Cabinet of the Minister of Foreign Affairs on several occasions.

A graduate of the École Normale Supérieure and the Ecole Nationale d’Administration (“Voltaire” Class, 1980), Ambassador Étienne also holds the Agrégation (teaching diploma) in Mathematics, has a degree in Economics and is a graduate of the National Institute for Oriental Languages and Civilizations (Serbo-Croatian).