USM Home/News/2022/Mississippi Made: From the Mississippi Delta to living the NYC Dream 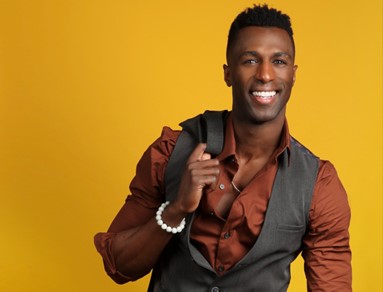 Over the span of 18 years through all of his education and auditions, traveling from gig to gig, experiencing many successes and failures, and going through a global pandemic, University of Southern Mississippi graduate Ezekiel Andrew (2017) is at the pinnacle of his career. During the summer, he made his NYC dream come true through an invitation to join the cast of Disney’s The Lion King on Broadway.

Growing up in the Mississippi Delta

As a child from a small town in the Mississippi Delta, Itta Bena, Andrew grew up singing gospel music in the church choir and traveling often with his father, Rev. Joe McCall, who is a minister, motivational speaker, and phenomenal singer. Andrew was always amazed and awed by the freedom of expression in worship that he felt when he would sing or hear others sing.

His father was his most influential figure. Andrew knew pretty early on — as he watched his father sing — that he loved music and wanted to be a singer.

“I wanted to possess the ability to stand in front of an audience or congregation and share my heart through songs,” said Andrew. “It wasn’t until after I attended and graduated from the Mississippi School of the Arts, a residential high school in Brookhaven, Miss. where I studied vocal arts, that I began to understand what a professional career as a singer could look like.”

Andrew spent most of his time at USM on stage. Almost like a sanctuary to him, the Mannoni Performing Arts Center holds a place in his memory and heart. He came to it with low self-esteem and afraid to sing; however, it was on that stage that he rediscovered his love and joy for singing. It gave him the courage and confidence he needed to pursue his dream. 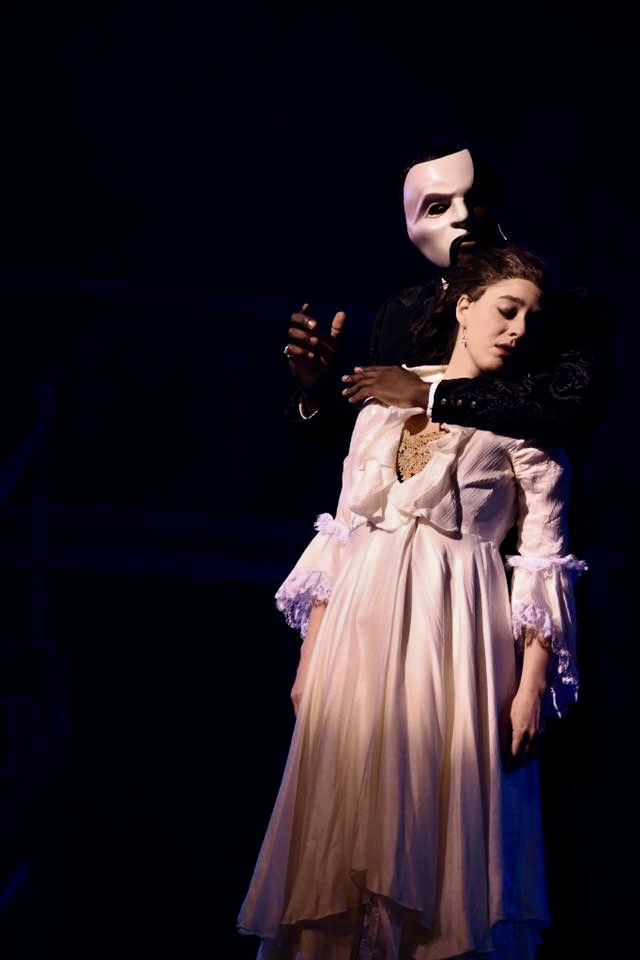 During his time as a graduate student at USM, he was fortunate to have professors who believed and nurtured student’s potential. “They pushed and challenged us, and they let us figure it out,” said Andrew. “What a joy it was to create with the most intellectual, creative, and giving professors,” he added. Those professors that made a profound impact on Andrew by providing him with a culture of support were Drs. Jay Dean, MaryAnn Kyle, Michael Miles, and Mike Lopinto.

A particularly defining moment in his career came as he performed the title role in USM’s 2017 production of Phantom of the Opera. It’s a role he’d always dreamt of doing, and to come out on the other end of it lit a spark in him: “I can do this. I can chase the dream of Broadway and make it. And I did,” said Andrew.

The Path to Broadway

Very early on in his career, he learned how to hunt for music gigs. Even while at USM, he was always pursuing professional opportunities. Andrew was hungry for experience and exposure. “I made it my daily task, and I do mean daily, to search casting websites like Playbill, Backstage, and several others,” he shared. “I would do my research on theaters, and if the role fit me, I would audition and apply. An exhaustive process? Yes. Worth it? Yes,” he said.

Eventually, Andrew joined the Actor’s Equity Association, the professional union for actors, singers, musicians in theater, and got an agent. Each successful audition got him one step closer to where he is now as a performer on Broadway. 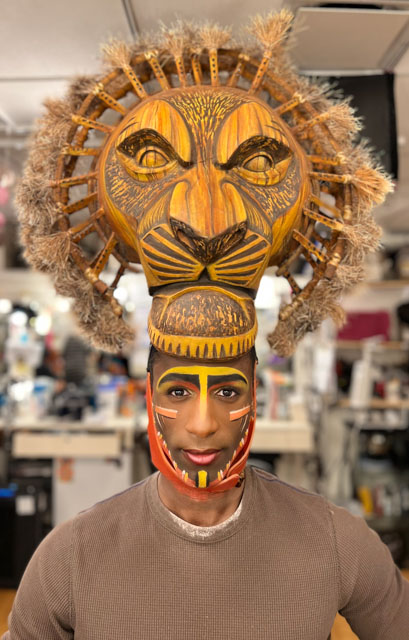 He first auditioned for The Lion King in May 2016, while he was still attending USM. “Casting passed by New Orleans for open call auditions and I was given a spot,” said Andrew. “This was my first audition for a Broadway show, I remember that day so vividly. Through a myriad of nerves and anxiety, I showed up and gave it my best,” he said.

However, Andrew didn’t land a role during that particular audition, but he persevered and kept auditioning for The Lion King over the next five years.

“The audition process itself for this production was just like the recital classes we had at USM,” explained Andrew. “I showed up at my appointment prepared and ready. I performed the materials I’d prepared including the repertoire listed in the audition requirements.”

“After the initial audition, there is usually a cut,” he continues. “The production releases those who don’t advance and keep those they’d like to see for the movement call, which consists of choreography from the show. After this, those auditioning need to wait to hear the results from their agent.”

With grit your dreams can come true, and that’s what happened on October 2021. Andrew got that call he was waiting for from his agent that invited him to join the cast of The Lion King on Broadway. 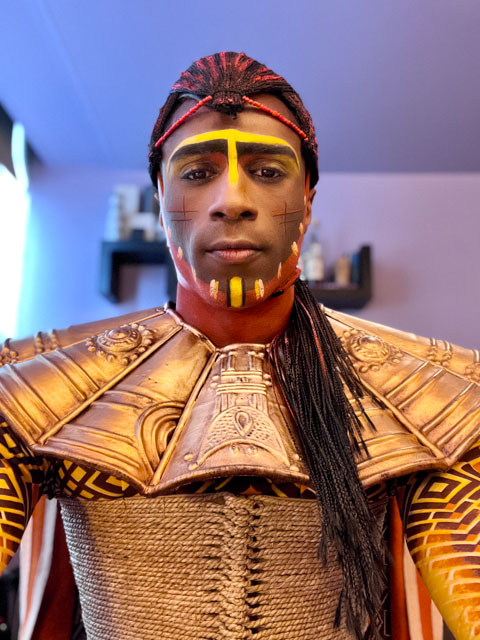 Later in 2022, Andrew got to fulfill his NYC dream through his debut. “My Broadway debut was a day I will always cherish,” said Andrew. “I had been in rehearsals for about a month and I was ready. On the day of my debut, I had a put-in rehearsal where I got to do the show in costume with the other members of the cast for the first time. Later that evening, I had a magical debut.”

Andrew recalls the feeling he had as he was on stage, “I felt like I had an electric current flowing through me the entire time from start to finish and it all passed by so quickly,” he said. “At the end of the show, I looked out onto the audience with tears in my eyes and said to myself: Look at God! I’m on Broadway and it’s beautiful!”

As for his future plans, Andrew shared, “New York City is one of the greatest cities in the world. I intend to squeeze out every drop of success I can while I am here.”

Don’t be surprised if you spot Andrew on TV or on a digital billboard on Time Square, “In addition to being on Broadway, I’m also a professional model, and I am currently working with my agents for TV and film opportunities. With any luck you’ll see me on a TV show soon!”

And that passion and unrelenting pursuit of success is what he hopes to promote to the future generation of dreamers and artists from Mississippi. “This industry is a tough one to get into and can be even tougher to maintain once you’re in,” said Andrew. “Gratefully, it is also full of opportunities and there is always room for those who are prepared and want to succeed. Have faith and take that leap.”

Learn more about the School of Music.