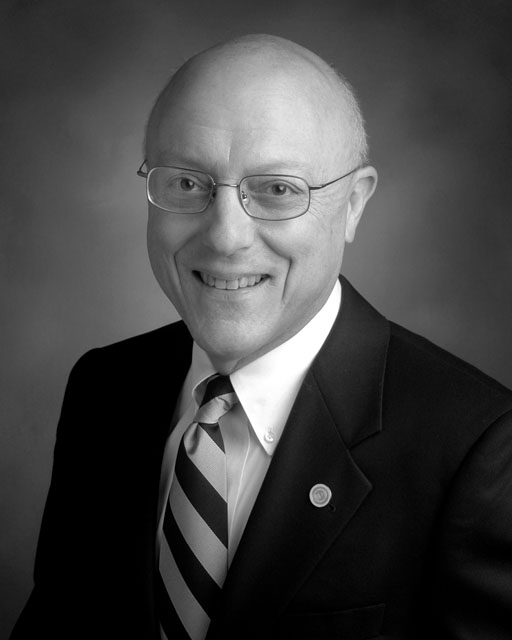 The fundraising effort began in January 2022 and was completed in July, totaling more than $109.5 thousand contributed by 192 University alumni, faculty, staff and friends, many of whom were former colleagues and students of Fraschillo. While the stage will be named in Fraschillo’s honor, all funds raised established an endowed scholarship for band students at USM.

“It was my privilege to be in school with Tom as an undergraduate at USM, and it has been my honor to be his friend and colleague and to share our professional lives for more than a half century,” said Dr. David Gregory, a significant donor to the effort and champion for this initiative. “It is so fitting that Tom’s legacy of greatness be honored though the naming of this stage. Appropriately, and in keeping with the significance of this dedication, so much of his magnificent artistry was created and presented on a performance stage.”

A reception and unveiling will be held in the Mannoni Performing Arts Center on Saturday, Nov. 19, and will be open to project donors, School of Music alumni and USM band alumni.

“I couldn’t be more excited and honored to be part of the process to name our stage in the Mannoni Performing Arts Center for the inimitable Dr. Thomas V. Fraschillo,” said Dr. Colin McKenzie, director of the School of Music at USM. “As a giant in the profession of wind-band conducting, he devoted his career to transforming the lives of students through his work at the high school and collegiate levels in the state of Mississippi.”

A native of Clarksdale, Miss., Fraschillo is a 1968 graduate of The University of Southern Mississippi and served his alma mater as Director of Bands for 28 years. His Meridian High School Band was recognized nationally through an invitation to perform at the Midwest International Band and Orchestra Clinic in Chicago – an honor only two other bands from Mississippi had ever received.

While under Fraschillo’s leadership, the USM band program became a national model for musical and artistic excellence and received acclaim throughout America and Europe. His scholarly and leadership talents brought international recognition to Southern Miss.

“The naming of the stage in the Mannoni Performing Arts Center is a significant event in the history of our School of Music,” McKenzie said. “I am proud that the legacy of our School and the legacy of Dr. Fraschillo are forever intertwined and will be showcased for all to see.”