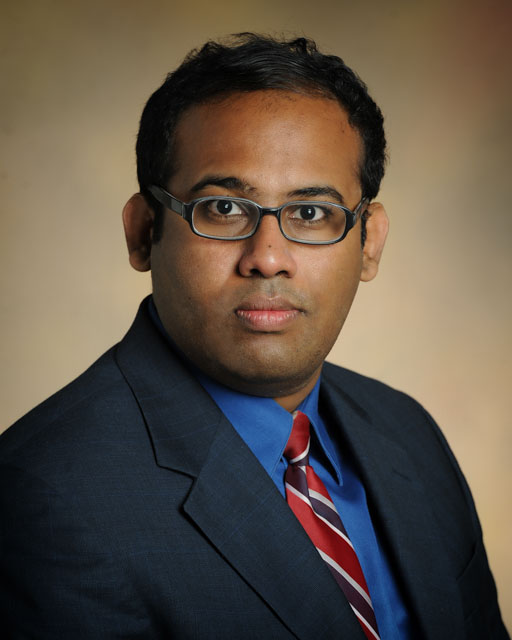 The U.S. stock market has taken investors on quite a roller coaster ride thus far in 2022 with no obvious end to the unnerving experience in sight. Dr. Srinidhi Kanuri, Associate Professor of Finance at The University of Southern Mississippi (USM), urges patience during these volatile times on Wall Street.

On Sept. 13, stocks tumbled to their worst day in more than two years, knocking the Dow Jones Industrial Average down more than 1,250 points. Kanuri points to several key factors for the pervasive instability.

“The Federal Reserve has been gradually increasing interest rates to control inflation as inflation in the U.S. has been at a multi-decade high. This has spooked the markets,” said Kanuri. “Higher interest rates raise the borrowing cost for companies. As a result, companies borrow and invest less as higher rates dent their profits.”

Earlier this week, in its quest to bring down inflation running near its highest levels since the early 1980s, the Federal Reserve took its funds rate up to a range of 3%-3.25%. This marked the highest it has been since early 2008, following the third consecutive 0.75 percentage point move. Estimates are that the rate hikes will continue through the end of this year.

“All of this leads to lower economic growth,” said Kanuri. “Several experts are also predicting that we are going to have a mild recession in the near future. All of these factors have caused the markets to be extremely volatile in the last few months.”

The stock market’s bumpy 2022 ride has inflicted heavy damage to many Americans’ retirement portfolios – especially the popular 401(k). When asked what advice he might offer to a 401(k) participant, Kanuri said: “Young investors who are several years away from retirement should keep investing in index mutual funds/ETFs. The drop in prices gives them a great opportunity to buy the stock market at a steep discount. They have several years ahead to rebuild their portfolio wealth.”

On the other hand, Kanuri explains that older investors who are closer to retirement age can shift more of their portfolios toward conservative assets like bonds.

“They can also do so by allocating more of their portfolio in their 401(k) toward balanced mutual funds which invest in a diversified portfolio of stocks and bonds to provide growth, income, and preservation of capital, or Target Date Funds which shift a larger portion of your portfolio in bonds as you come closer to retirement age,” said Kanuri.

Will the stock market continue a steady decline well into 2023? Kanuri offered two examples to highlight the market’s historic resilience.

“Predicting the exact direction of the market in 2023 is very difficult. However, markets always bounce back,” he said.