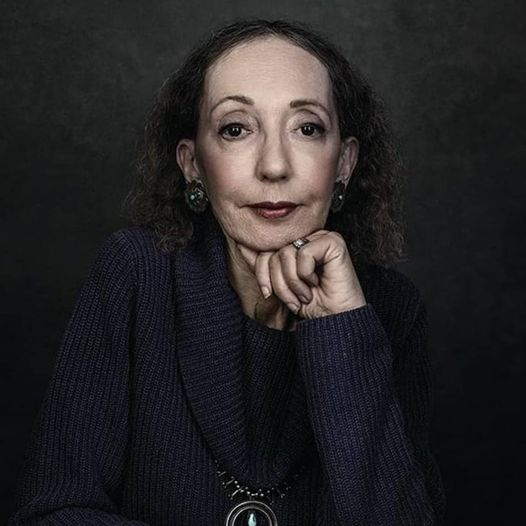 The University of Southern Mississippi’s (USM) spring 2022 University Forum will be host to one of America’s most celebrated authors when it welcomes Joyce Carol Oates March 22 at 6:30 p.m. for her presentation, “The Literary Life.” This online event will be co-sponsored by the USM Center for Writers and its journal, the Mississippi Review, which is marking its 50th anniversary.

Oates is a National Humanities Medal-recipient and an award-winning novelist, poet, playwright, and essayist. Although best known for her fiction, Oates’ has been widely praised for her ability to reinvent genres. During her successful literary career, more than 40 of her books have been featured on the New York Times list of notable books of the year and President Barack Obama awarded Oates the National Humanities Medal in 2010.

Dr. Monika Gehlawat, associate director of the USM School of Humanities, will introduce Oates, whom she describes as “a living master of the American literary canon and a major influence on generations of American writers.”

“It is truly remarkable that the University Forum will be hosting a literary figure of Joyce Carol Oates’ stature,” Dr. Gehlawat continued. “Her work is taught in contemporary literature classrooms, not to mention creative writing workshops, all over the world. As a first-generation college student herself, she will bring a personal understanding of the challenges and excitement so many of USM’s undergraduates feel attending university.

“For our community to hear directly from Oates about her craft and ongoing productivity will be a rare opportunity to connect with a writer who has secured an undeniable place in the history of American literature.”

Some of Oates’ most prominent works include Blonde, which has been filmed for Netflix; them, a National Book Award winner; We Were the Mulvaneys, a novel selected by Oprah’s Book Club; The Falls, which won France’s Prix Femina; and Carthage, which was a New York Times bestseller. In addition to her continuous contributions to American literature, Oates is the Roger S. Berlind Distinguished Professor of the Humanities at Princeton University and a member of the American Academy of Arts and Letters since 1978.

Oates has taught at the University of Detroit, the University of Windsor in Ontario, Canada, and Princeton. In addition to her writing and teaching, she and her husband, Raymond Smith, published the Ontario Review from 1974 to 2008.

“Rejecting what the New Yorker called ‘killjoy politesse,’ Joyce Carol Oates has -throughout a career that spans decades, dozens of novels, and an avalanche of awards - defined not only what the American novel can do, but what the literary life can be,” said University Forum Director Dr. Andrew Haley. “University Forum is proud to feature a writer who has cut her own path to artistic greatness and is overjoyed to help celebrate the 50th anniversary of Southern Miss’s Mississippi Review.”