World Languages teacher licensure program in French and Spanish K-12 education has been awarded National Recognition by the American Council on the Teaching of Foreign Languages (ACTFL) and the Council for the Accreditation of Educator Prepration (CAEP). Congratulations to Dr. Laura Guglani for successfully directing the accreditation report writing effort and her team Drs. Laurel Abreu, Joanne Burnett, and Leah Fonder-Solano. World Languages at Southern Miss is the only language program in the state of Mississippi to have this honor. Recognized programs 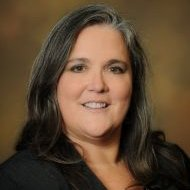 Dr. Jeanne Gillespie was selected as a National Endowment for the Humanities (NEH) Summer Scholar to attend "Beyond East and West: The Early Modern World, 1400-1800," an institute held at Indiana University in Bloomington. Only 24 participants were selected nationwide. Dr Gillespie will have access to special collections in the Lilly Library, where she will continue her research into indigenous Mexican narratives. Read more at this link. 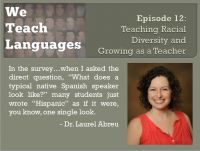 Dr. Laurel Abreu was interviewed in July for the podcast "We Teach Languages." You can listen on iTunes or here, where the show notes are also available. 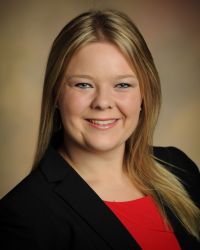 French Club President (Association Française de USM) and Honors Senior Brooke Boisseau is the student recipient of the state’s annual Higher Education Appreciation Day, Working for Academic Excellence (HEADWAE) award. She has been an active Southern Miss student including as a triple major, cheerleader, President of her Sorority, and Presidential Scholar. Boisseau has also earned the university’s most prestigious academic award, the Phi Kappa Phi Silver Bowl. In the fall she is heading to the University of Virginia Law School. See article in Southern Miss Now. Photo Credit: University Communications

The World Languages CAEP Advisory Board met in the fall and spring of 2016-2017 to provide feedback on our licensure program. We appreciate the participation and input of our alumnae! Pictured here are the teachers who attended the spring meeting, Bre Stricklin (UMS-Wright Preparatory School), Chelsea Fenton (UMS-Wright Preparatory School), Jennifer Kelly (Oak Grove High School), and Elizabeth Watson (Biloxi Junior High School). 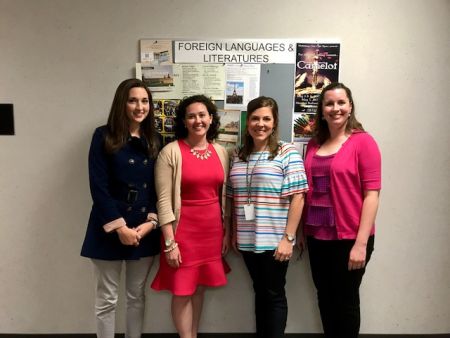 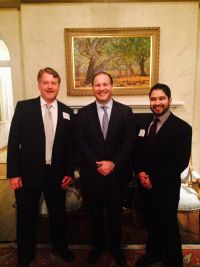 World Languages has proudly served the Panamá Bilingüe program in conjunction with the English Language Institute at the University of Southern Mississippi since 2015. We strongly support the program and the students and teachers who come to Southern Miss as they work toward achieving their goals. See article in: Southern Miss Now. Photo Credit: University Communications

French teachers from around the South gathered in November at the University of Southern Mississippi for training provided by the French consulate in Atlanta and sponsored by World Languages Instructor Keltoum Rowland, Honorary Consul of France to Hattiesburg. Elementary, middle, high school and college-level teachers received instruction in French on how to differentiate instruction for the variety of students and skills they encounter in their classrooms. See article in the Hattiesburg American. 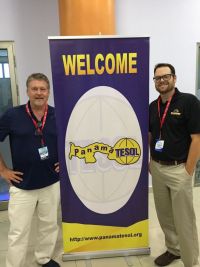