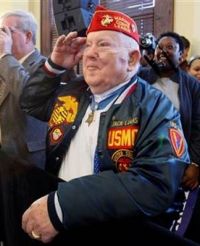 Each spring, the Dale Center for the Study of War & Society grants the Jack Lucas Award to the best undergraduate research paper on a war and society topic.  The award pays tribute to the memory of Jack Lucas (1918-2008), a longtime Hattiesburg resident and the youngest Marine to receive the Medal of Honor.

At the Battle of Iwo Jima in 1945, Mr. Lucas threw himself on two grenades to protect his fellow Marines.  He survived severe injuries and was later honored at the White House by President Harry Truman.

Mr. Lucas was an active member of the Advisory Board of the Center for the Study of War & Society until he passed away in 2008.  The prize is made possible by the generous support of Dr. Richard McCarthy and Dr. Craig Howard.

Past Winners of the Jack Lucas Award: 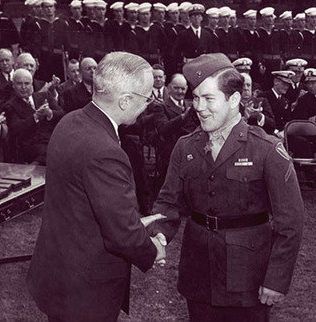