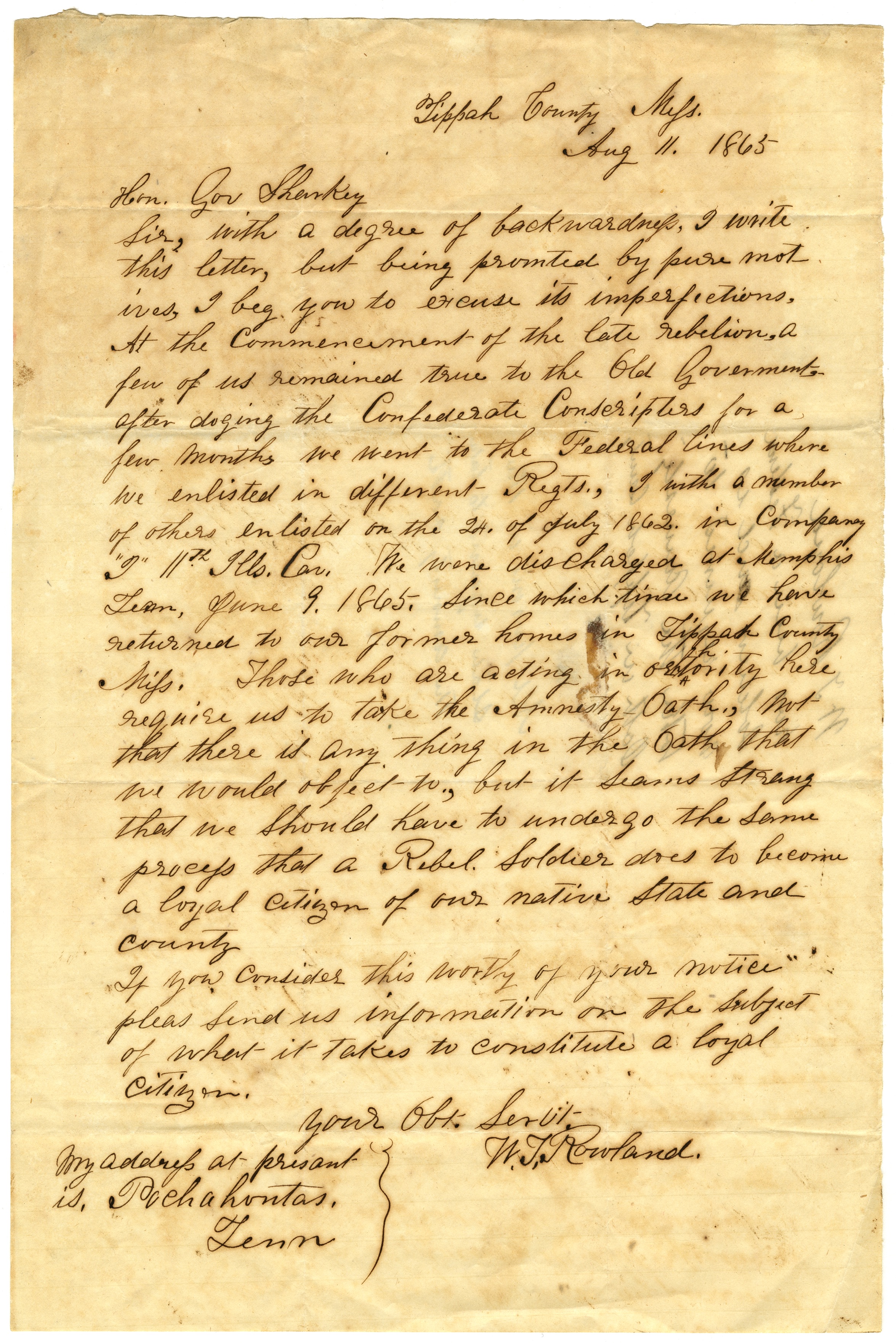 The Civil War & Reconstruction Governors of Mississippi (CWRGM) is a digital history project that provides free online access to all of the state's governors' papers from just before the Civil War through the era of Reconstruction. Mississippi was one of the most powerful states in the Union when it seceded and joined the Confederacy. Over the next sixteen years, Mississippians played an active role in a war that brought revolutionary change through military campaigns, emancipation, and army occupation. Mississippians of all backgrounds described these changes in their frequent letters to their governors, which make the governors' papers incredibly important for understanding how Mississippians experienced this revolutionary era.

War Stories: Civil War & Reconstruction Governors of Mississippi is changing the way we think, write, and teach about the American Civil War and Reconstruction by making these collections readily accessible online.  It didn't matter if you were a man or woman, rich or poor, or black or white — Mississippians across the spectrum contacted their governor about every issue imaginable, which makes this collection truly representative of this diverse state.

► To help us preserve these vital stories by making a donation: CLICK HERE. 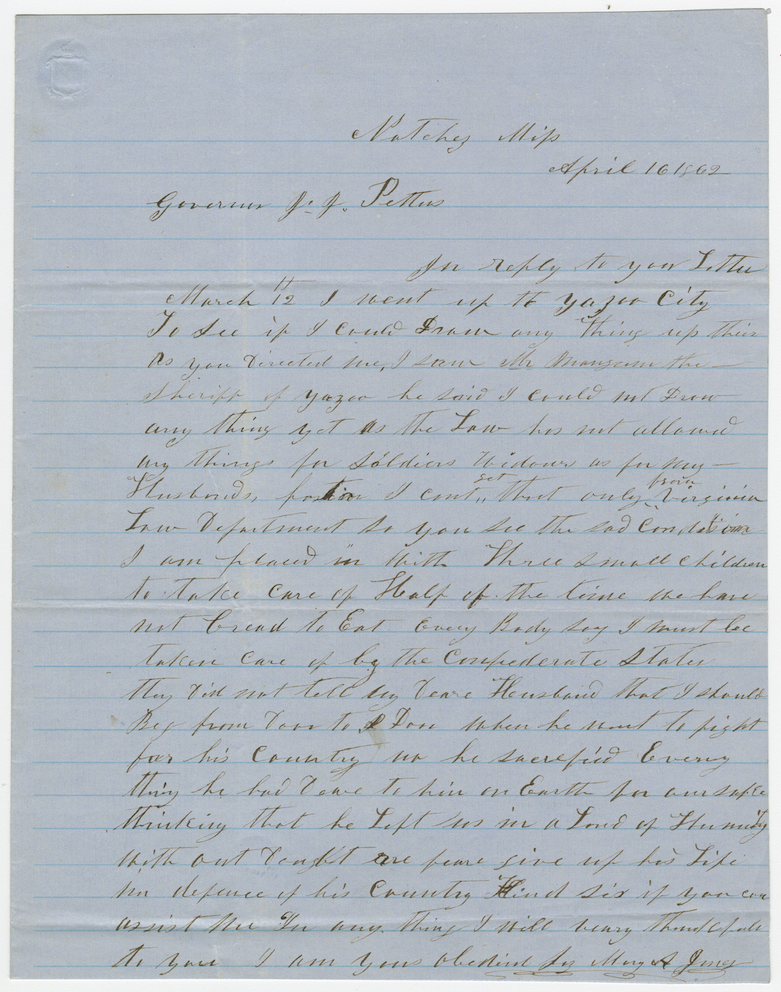 The challenge in the past has been that the original, paper collection is so massive that scholars, teachers, and the public often lacked the time to thoroughly mine it for information. That is why CWRGM — a partnership between the Dale Center, The University of Southern Mississippi, the Mississippi Department of Archives and History, and the Mississippi Digital Library — is digitizing, transcribing, and providing historical context for the nearly 50,000 pages of letters, military telegrams, and official orders that came into the governors' office as the state navigated secession, joined the Confederacy, experienced destructive military invasions, witnessed the end of slavery, and faltered through the uneasy and violent peace that followed the war. By making these documents available free and online, CWRGM is revolutionizing how scholars, teachers, students, and the public understand, teach, and write about the Civil War.