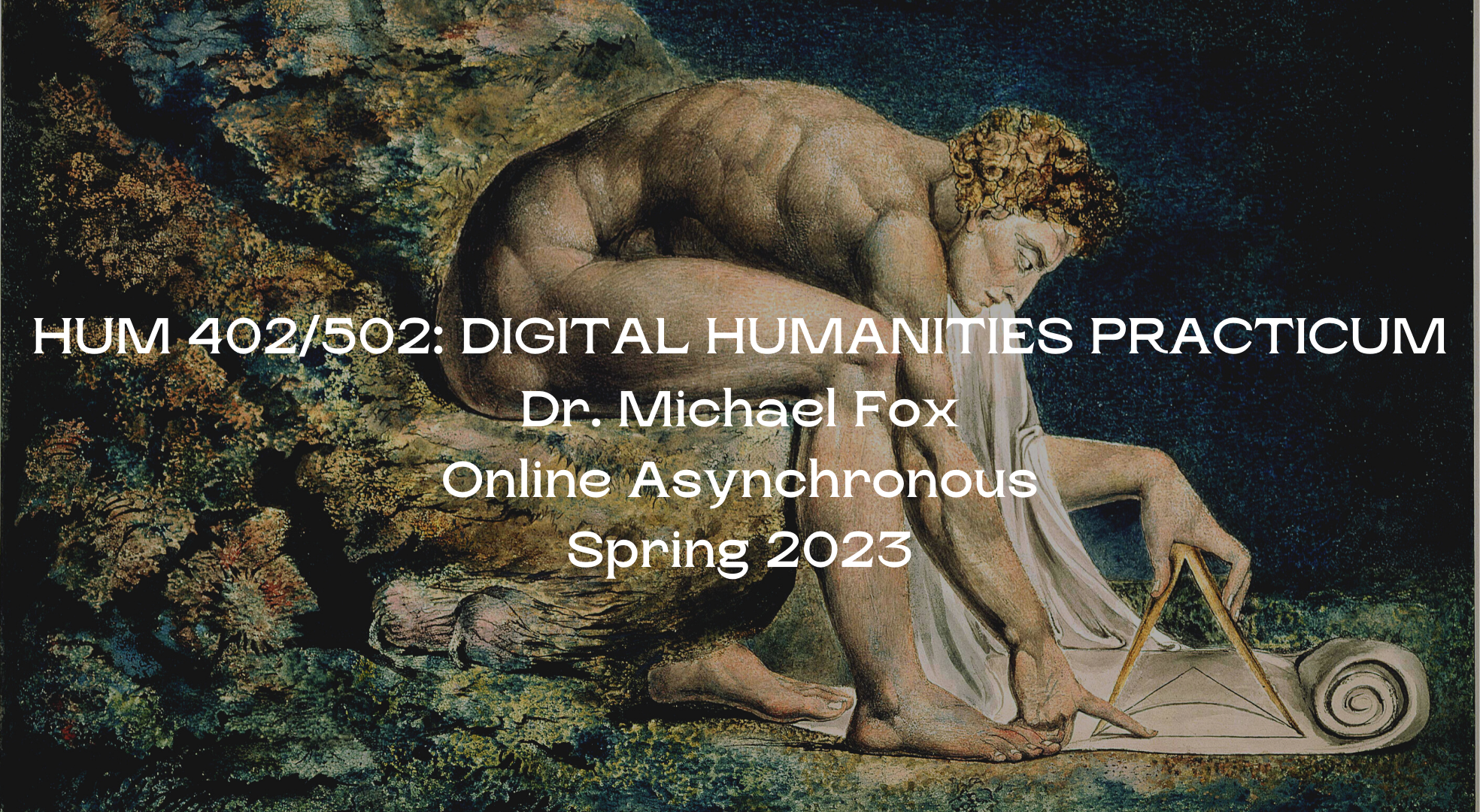 This follow-up course to the more theoretical HUM 501 Introduction to Digital Humanities will provide hands-on experience in digital humanities methods and tools. Through a series of weekly labs, students will gain technical and critical skills in digital editing and curation, data analytics, and the culture of computation. For the semester-long assignment, students can choose either to write a mock grant proposal for a digital humanities project of their own design or, if it can be coordinated, to work on an existing project under the guidance of both the faculty leading the project and the teacher of this course. Students will come away from the course better equipped to imagine and carry out their own digital humanities projects or to make valuable contributions to ongoing ones. 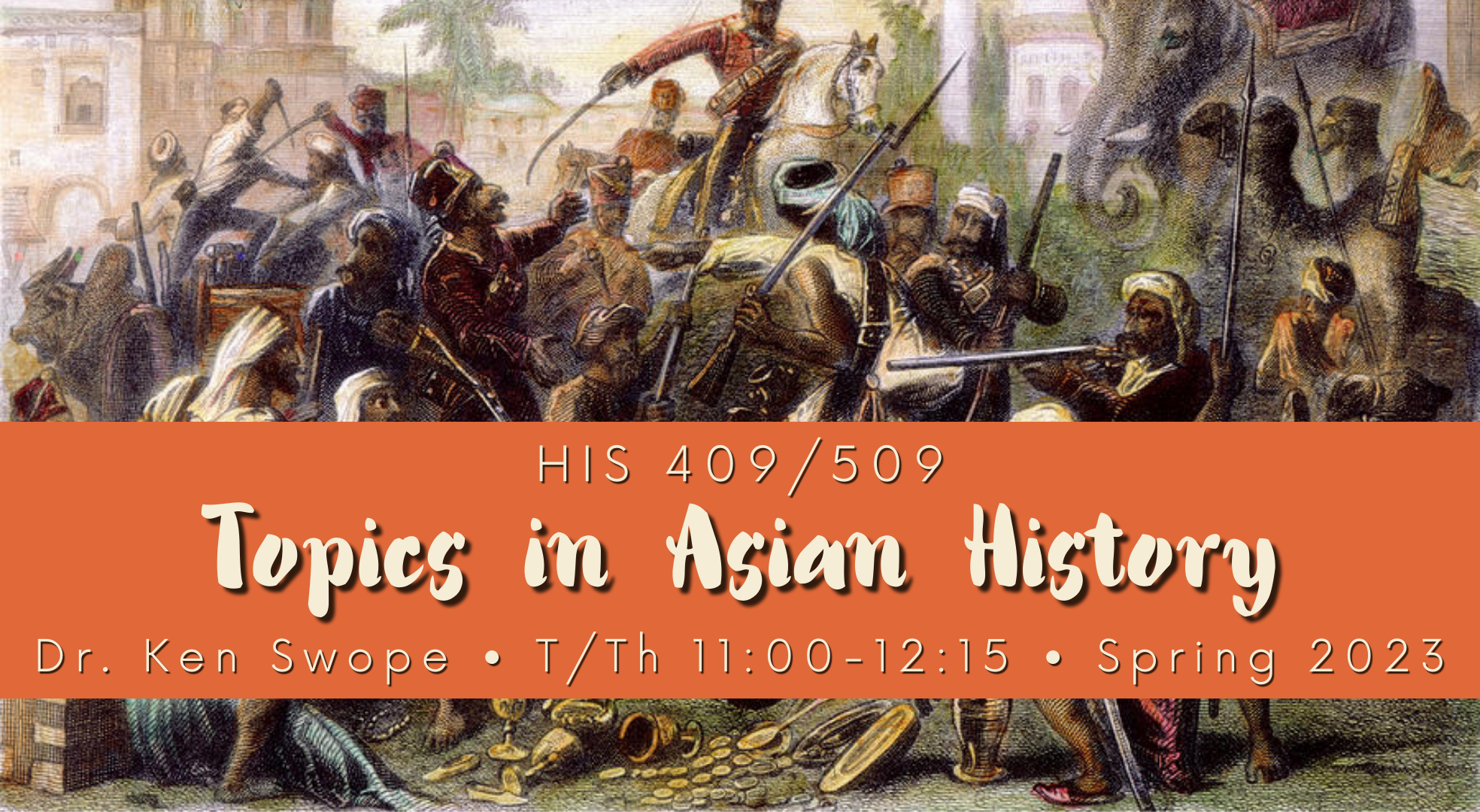 This course offers an overview of Western Imperialism in Asia ca. 1600-1900 via a series of case studies of specific countries and events to trace the broader processes that resulted in Western global domination by the dawn of the twentieth century. The course will discuss the context and rationale for colonial and Imperialist expansion while also considering local conditions, reactions and repercussions. Case studies will include examination of the Dutch in Taiwan and Japan, Great Britain’s conquest of India and the Sepoy Mutiny, the Opium Wars and Boxer Rebellion in China, the French in Vietnam and the United States in the Philippines. Students will be assessed via class participation, including leading discussions, the completion of academic book reviews, primary source analyses, and delivering a presentation on the historiography on a subject of their choosing. This course fulfills the Non-Western history requirement for Licensure students. 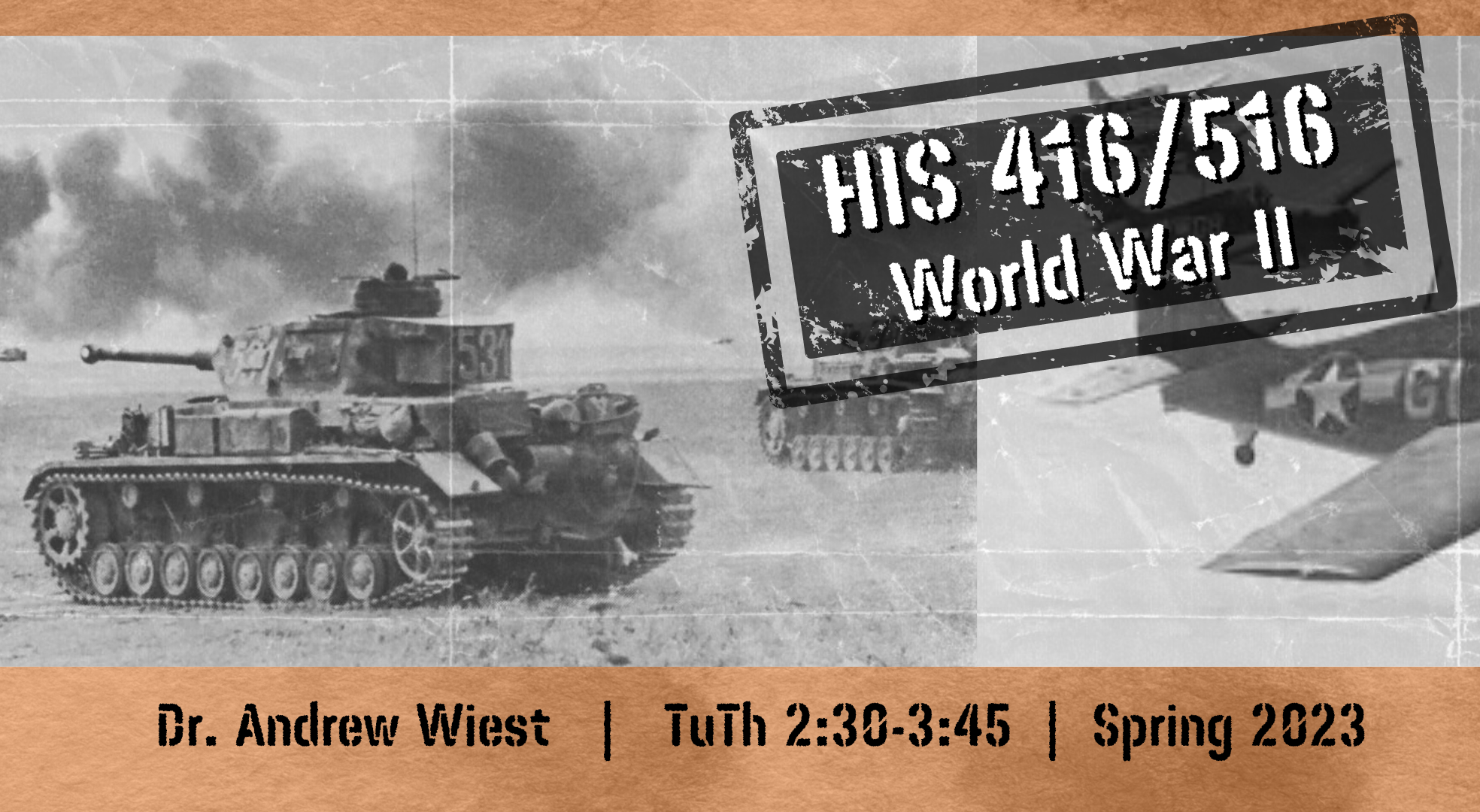 From the opening shots fired in China, to American troops splashing ashore at Omaha Beach, to the destruction of Hiroshima at the dawn of the nuclear age this course will examine the military, political, and cultural prosecution of World War II in all theaters of combat. Gripping tales will emerge, from the fall of mighty France, to the destruction of the German military on the Eastern Front, to the birth of a new American century. Students will read some of the classic World War II literature as well as some books of their own choosing and learn about the true nature of the most transformative series of events of the 20th century. Students will undertake a World War II themed research project as well. 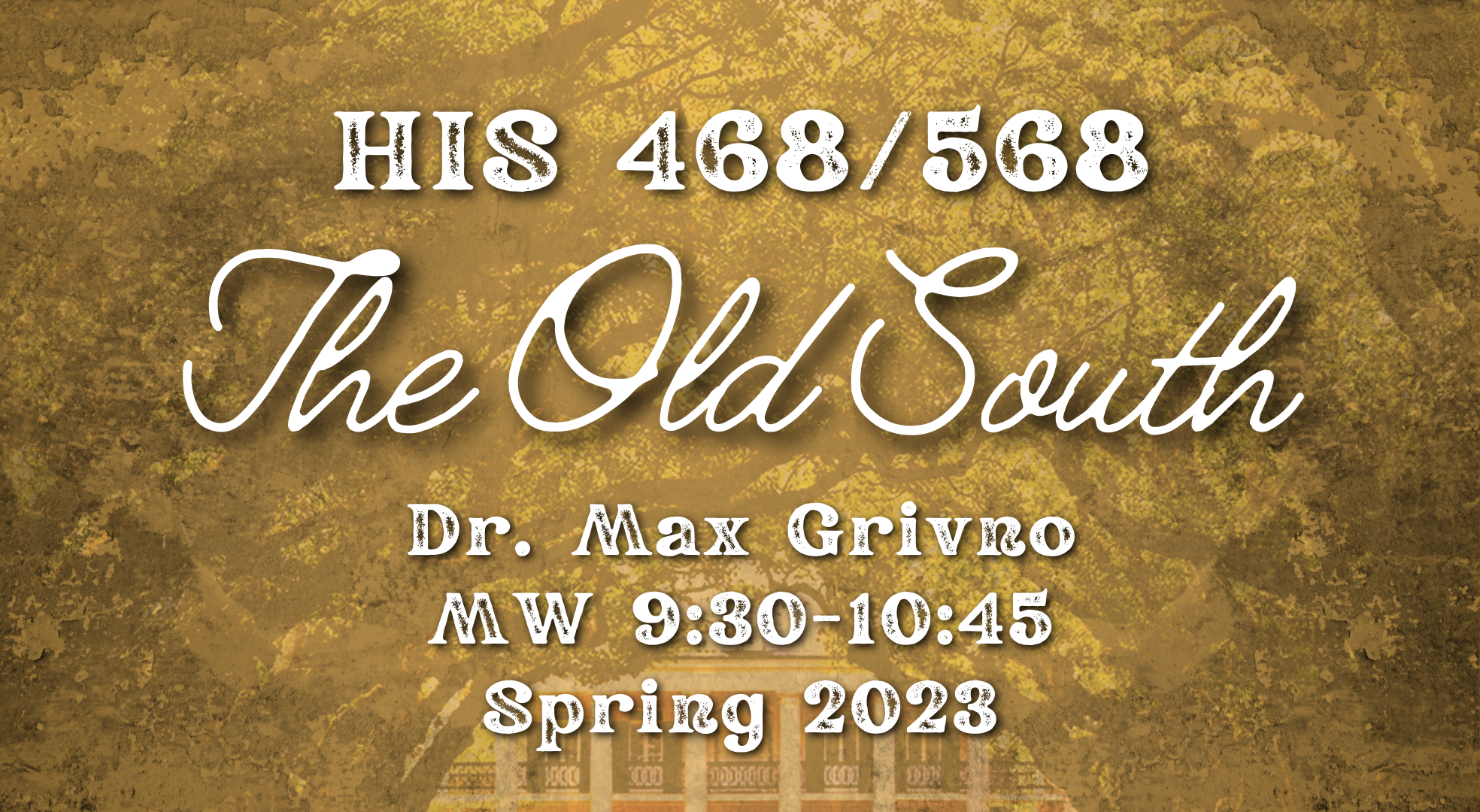 Far from being a romantic and timeless world of moonlight and magnolias, the Old South was a dynamic, restless, and often violent society. Built upon the backs of enslaved Africans and African Americans, the antebellum South was in the vanguard of America’s economic and political development—its planters harnessed new technologies and bent national and international markets to feed the plantation regime, while its politicians helped forge the modern party system. In the span of a few decades, planters and their enslaved workers transformed the South into the engine that drove the American economy. This course examines the American South from the War of 1812 through the Civil War, examining how Native, Black, and White southerners shaped the region’s history. The course has a particular focus on Natchez, Mississippi, which was home to some of the nation’s wealthiest and most influential slaveholders and a major entrepot of the Atlantic and Interstate slave trade. In addition to classroom discussions and lectures, the course will also feature a fieldtrip to historical sites around Natchez.
Required Readings:
Alford, Terry. Prince among Slaves. 30th Anniversary Ed. New York: Oxford University Press,
2007.
Davis, Edwin Adams and William Ransom Hogan. The Barber of Natchez. Baton Rouge:
Louisiana State University Press, 1973.
Jordan, Winthrop. Tumult and Silence at Second Creek: An Inquiry into a Civil War Slave
Conspiracy. Rev. ed. Baton Rouge: Louisiana State University Press, 1996.
Wayne, Michael. Death of an Overseer: Reopening a Murder Investigation from the Plantation
South. New York: Oxford University Press, 2001. 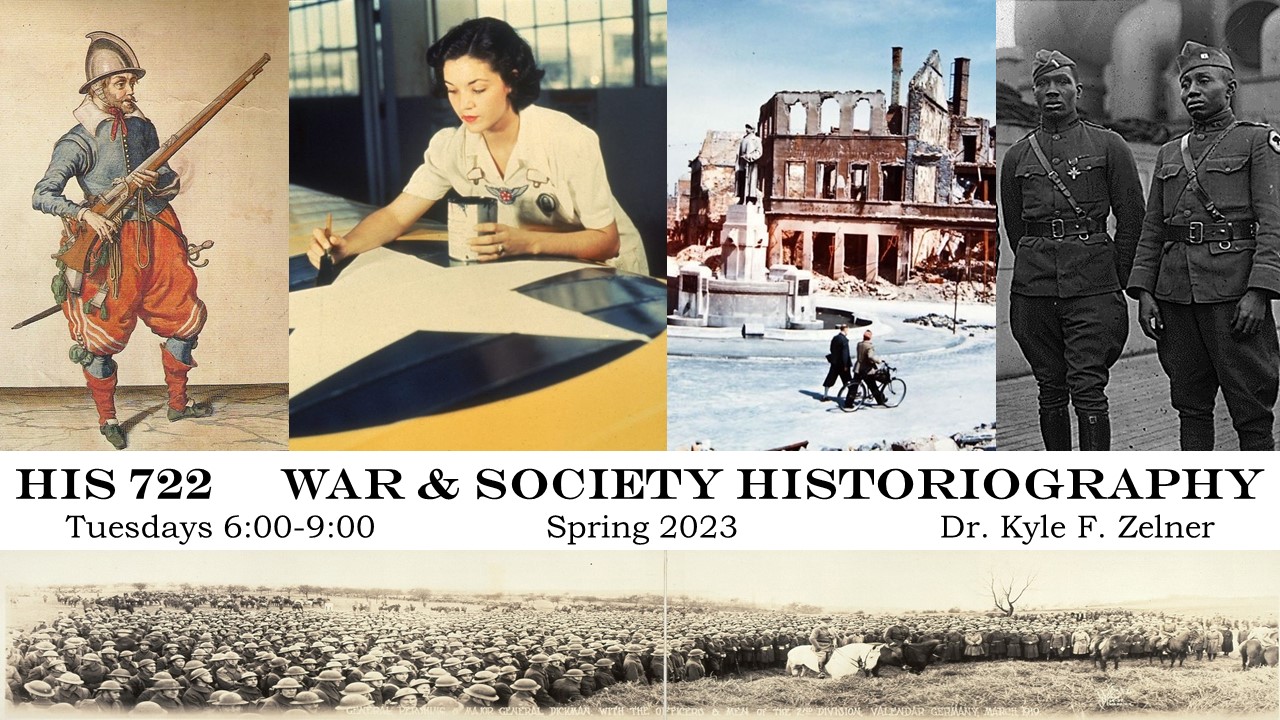 This course, required of all War and Society Masters students and required/highly recommended for all other graduate students taking a field in War & Society, will explore the various fields and themes of War and Society historiography. The field of War & Society (or what used to be called “New Military History”) has grown tremendously since its inception in the 1980s. Less concerned with strategy, tactics, and weapons than traditional military historians, War & Society scholars study the historic effect of conflict on various aspects of society, as well as the way societal values and culture influenced how wars were fought.

In this class, we will examine representative works on themes such as war and race, ethnicity, gender, class, and culture/mentalité, as well as issues such as the cultural turn in military history, soldier recruitment and motivation, unit histories, the experience of battle and army life, home fronts, and the Military Revolution debate. In addition to the course being a good introduction to the diversity of the field, many of the books/articles for the class are on the War & Society Graduate Reading List, which will allow students the opportunity to read these vital works and then discuss them in class–an excellent preparation for comprehensive exams.

The book list for this class is not complete at this time, although it will be ready with plenty of time for students to purchase copies on their own. A few of the books we will read are:

Assignments will tentatively include a number of book reviews of assigned readings, class discussion, a historiographical paper, and a take-home final exam question which will prepare students for their comprehensive exams. 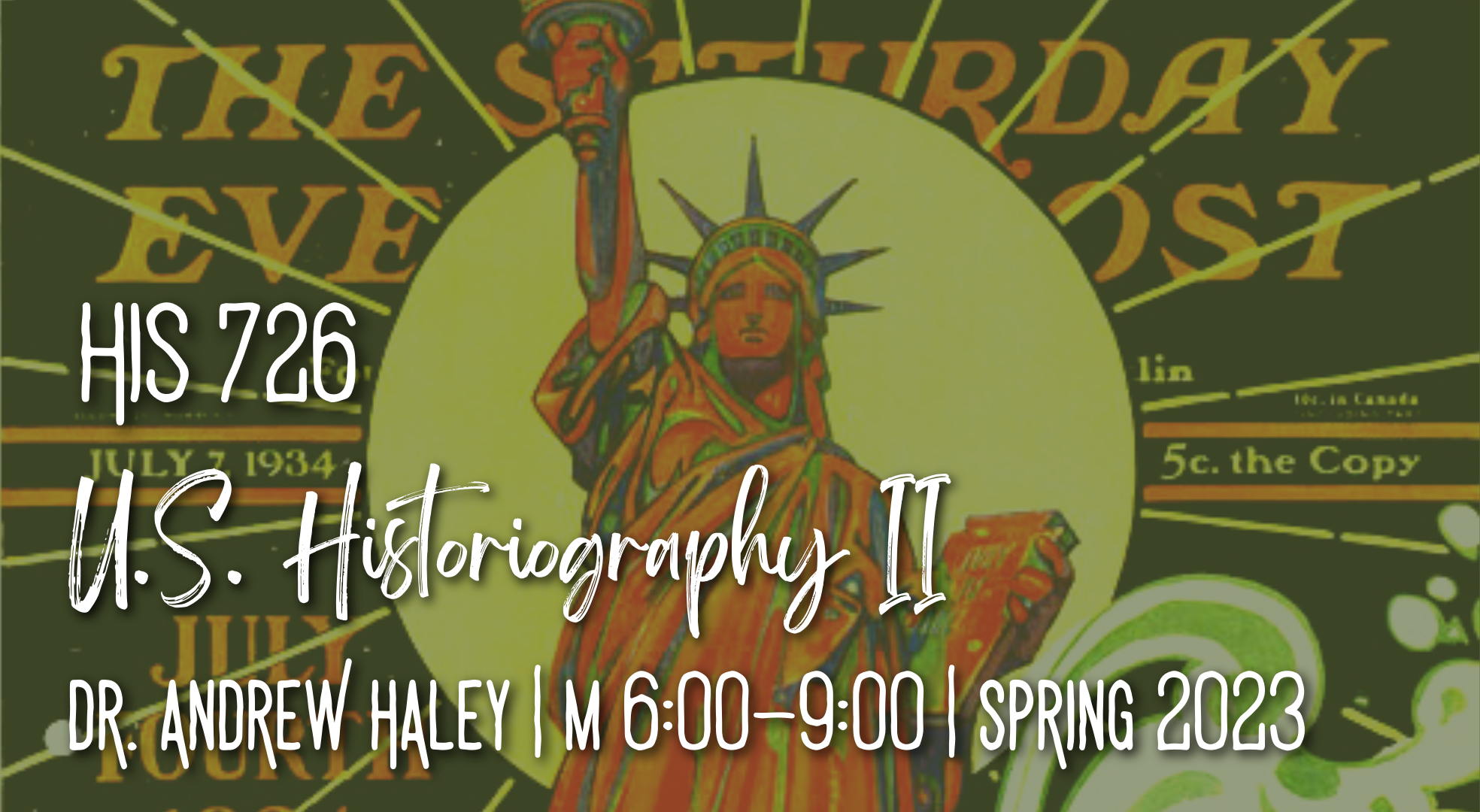 U.S. Historiography II is a reading and discussion seminar focusing on major scholarly issues in post-Civil War American history. Topics will include the aftermath of the Civil War, Populism, gender and sexuality, immigration, consumerism, the New Deal, the Civil Rights Movement, the Cold War, and the New Right. This is not a survey of American history and students are expected to have a solid understanding of the events that shaped modern American history before entering the class. Instead, the class examines historical approaches to significant turning points in American history since the Civil War. Students will be asked to critically read, synthesize, and evaluate the works of leading historians and to participate in rigorous classroom debates of these works.

Beyond participation, students are asked to submit (approximately) three essays that raise questions about the week's readings, to lead weekly discussions, and to develop a model, teachable US II syllabus. The following is a tentative list of required books. 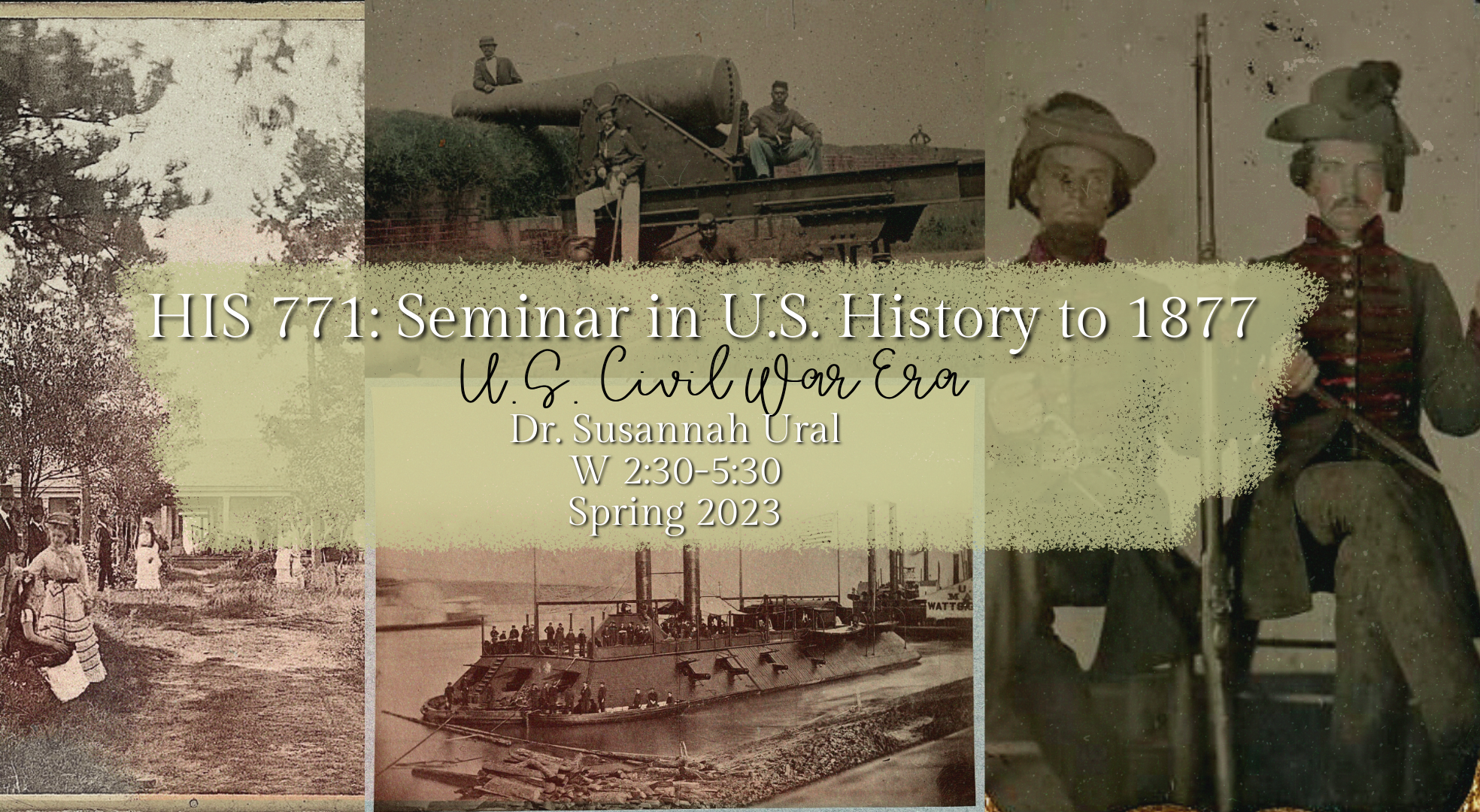 In the mid-nineteenth century, the United States nearly destroyed itself while redefining concepts of freedom and enslavement and the rights of citizenship. This course analyzes that process and its outcomes from the 1850s, during the Civil War, and through Reconstruction. We'll do those through a study of scholarly works focused on the individuals, events, and communities that shaped and were shaped by this process, as well as lengthy class discussions and writing assignments. I'm hopeful that we'll take e a class trip to Vicksburg, MS to study how some of the broad concepts we're studying played out on the ground during one of the great military campaigns of the war, in the occupation of that city, and in the opportunities and violence that defined the Reconstruction era. 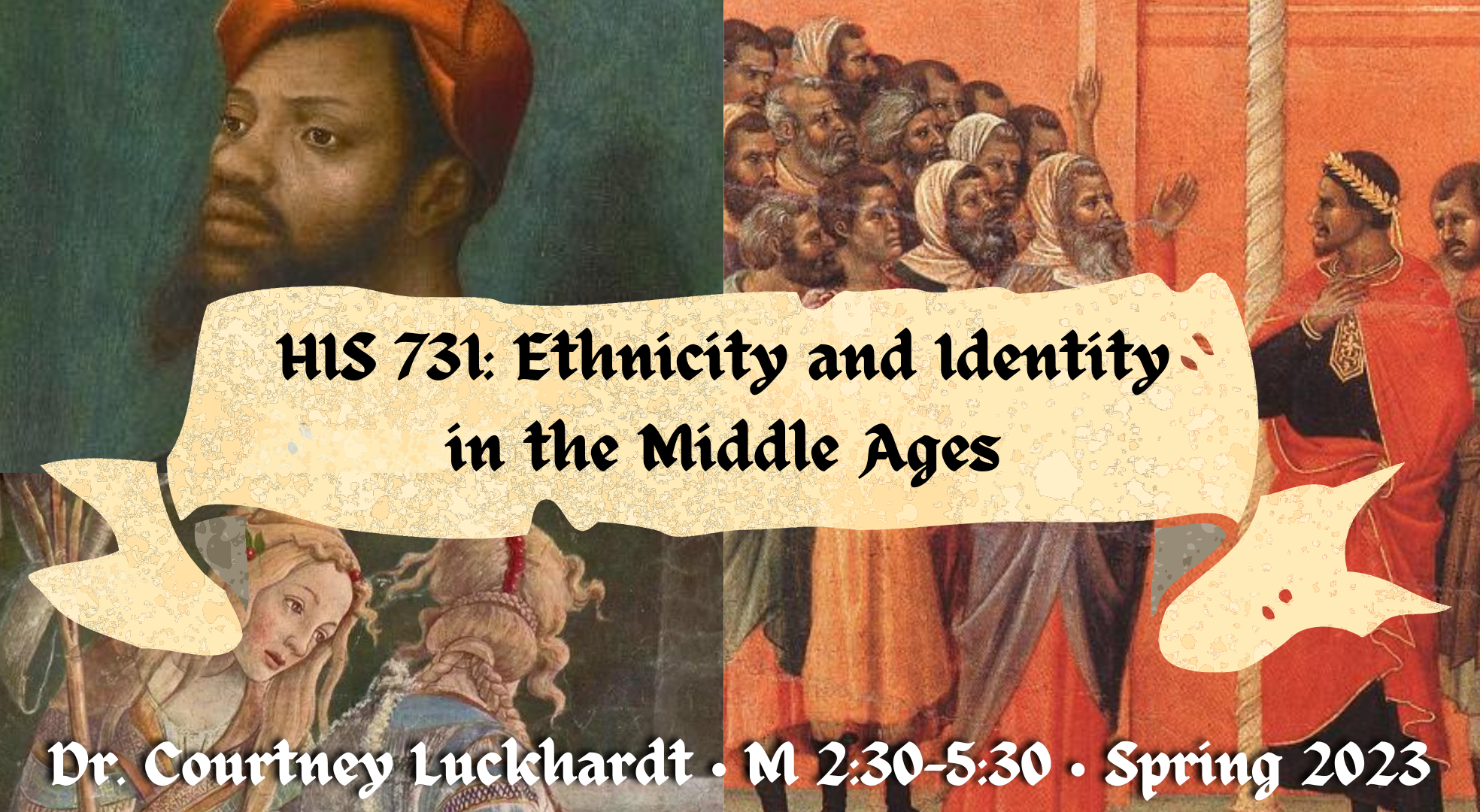 No other term in the whole field of history is more ambiguous, yet more potent, than ethnicity. Was ethnicity in the medieval past as embedded in socio-political relations as it is now? This course will focus upon the history of medieval ethnicities and identities and, more specifically, of ethnic formation (ethnogenesis). Many modern European nations trace their origins to the Middle Ages and the medieval history plays an important role in the construction of the national image. At the same time, ethnicity is not the only marker of identity, either in the medieval period or today, and readings will explore the intersectional identities of medieval people, including those of religious faith, gender, and sexuality. Through reading and discussion, we will come to an understanding of identity in the pre-modern past and how medieval ethnicities have been used in the modern world.