Aristotle says, “For it is owing to their wonder that people both now begin and at first began to philosophize”.

Philosophy begins in wonder. It’s about asking fundamental questions—questions like, “Does God exist?”; “What is the nature of reality?”; “Is what I perceive really the way things are?”; “What is a Self?”; “Am I the same person over time?”; “What makes an action morally right?”

Study philosophy and unlock your mind!

Aristotle says, “For it is owing to their wonder that people both now begin and at first began to philosophize”.

Philosophy begins in wonder. It’s about asking fundamental questions—questions like, “Does God exist?”; “What is the nature of reality?”; “Is what I perceive really the way things are?”; “What is a Self?”; “Am I the same person over time?”; “What makes an action morally right?”

Study philosophy and unlock your mind!

An introduction to the most basic questions human beings ask about themselves and the world, and the answers philosophers have developed in response to these questions. What does it mean to know something? What is real? What is the mind? Self? Is there a God? What makes an object an art object?  How can I tell what is right and what is wrong? What is evil? There will be lectures, class discussion, and possible homework and/or reports.

This course is an introduction to three major areas of philosophy: metaphysics (study of being), epistemology (study of knowledge) and ethics (study of morality). It will take into account both traditional and contemporary approaches. We will begin with some issues in the philosophy of religion: Can one prove (by means of mathematical or logical tools) that God exists? Is the existence of evil compatible with the existence of an all-good all-powerful being? We will then consider some issues in epistemology: Do we know (as opposed to merely believe) anything? Can we know what will happen in the future (scientists frequently make such claims to knowledge)? We will end with the consideration of some issues in ethics: Is morality relative? What does it mean to be moral? We will read excerpts from St. Anselm, Descartes, Locke, Hume, J.St. Mill, Kant as well as contemporary authors. The course is largely self-paced but you are required to meet five deadlines.

Imagine that you find yourself taking a course entitled “Swimming”. The lecture room is full, the instructor has her hands full trying to explain how to swim. She has a heavy task at her hands indeed. In a couple of months her students will be taking an exam in a deep-water swimming pool. So she meticulously explains how each of the muscles needs to contract for the coordination to be perfect…. Fortunately, there are no courses on swimming. We know that swimming is a skill that needs to be learned in practice and by practicing a lot – in a swimming pool, not in a lecture room. At this basic level logic is also taught as a skill – the student is to develop logical skills. This means a lot of practice and a lot of work (though not in a swimming pool).

The course requires systematic and timely work. It is divided into fourteen units (one unit per week). There is a quiz for each unit. The student’s task is to work through the unit in preparation for the quiz (two attempts are allowed). The Course Workbook provides an introduction to the topic, explanation of some of the more difficult concepts, plenty of worked-out examples, in-text exercises (as well as references to on-line exercises). The course grade is based on the average of the fourteen quizzes.

The course teaches basic techniques in propositional logic and introduces basic concepts of predicate logic. After an introduction of the basic terms of propositional logic, we will learn how to symbolize English sentences and arguments in logical terms. We will learn two techniques of determining whether arguments are valid or not: the truth table method and the proof method. We will also learn to symbolize statements and arguments using the more powerful predicate logic. 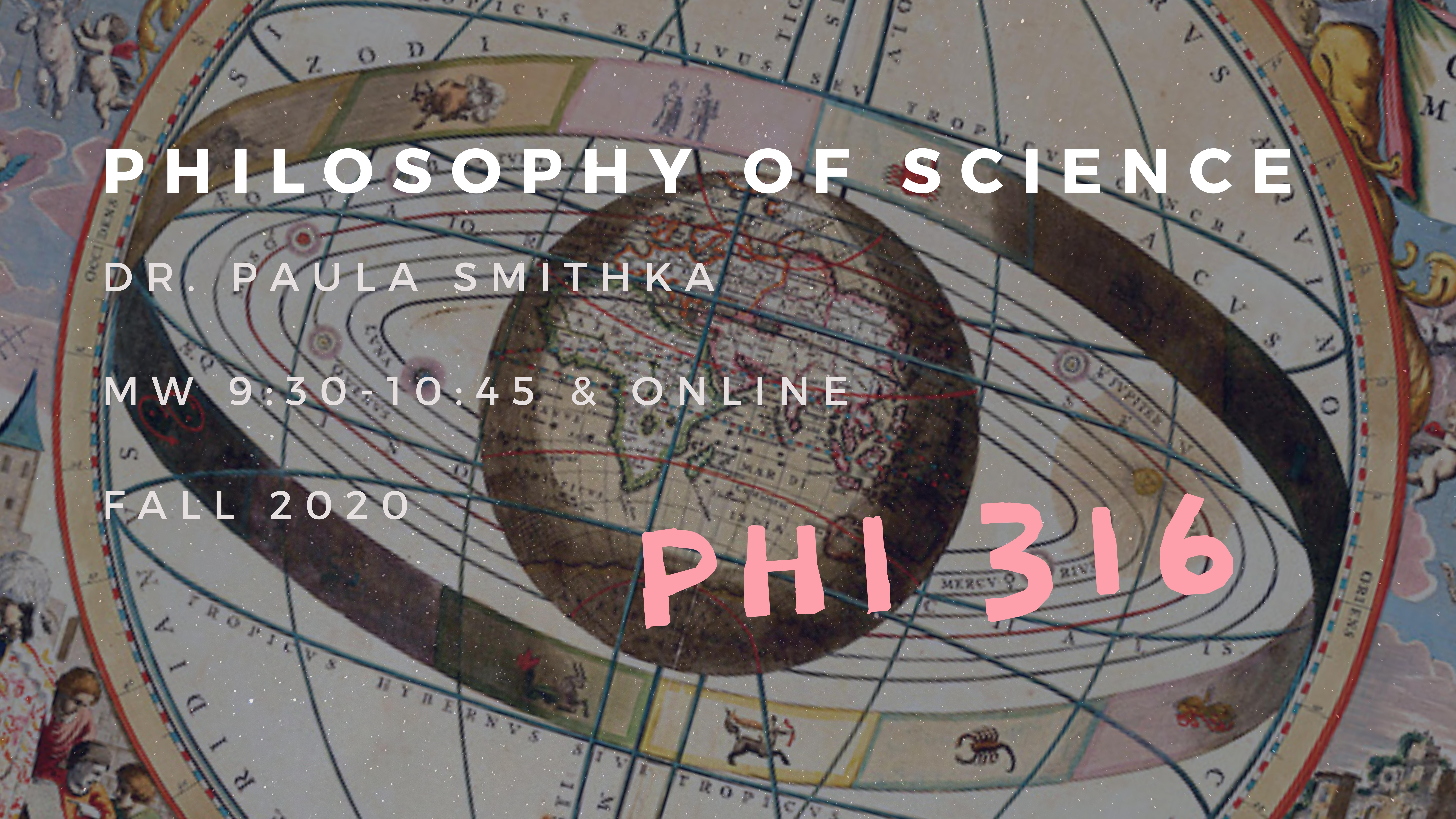 Learn to think about science in a new way…

In this class, we will investigate various philosophical issues about the nature of science. We will investigate the difference between science and pseudoscience; what constitutes a scientific explanation:  for example, is that explanation a matter of reasoning from laws of nature or does causation play a role in explanation? Further, we’ll ask what is a law of nature? Do scientists use evidence/data to corroborate theories or to falsify them? Observation is key to scientific knowledge; but are our observations “theory neutral” or “theory laden”?  Do scientific theories reveal the truth about the natural world (i.e. are scientific theories true?) or is it really the case that they are merely pragmatic tools constructed by us to “save the phenomena,” that is, just as long as they work, that’s all we can ask of a successful theory? This last question concerns the realism/anti-realism debate in philosophy of science. We will consider whether theory change in science is progressive—building on previous theories and knowledge or, whether it is revolutionary—supplanting the old theories and replacing them with the new.  Does our social context, (gender, economics, competition) affect or influence what questions get asked, what investigations are undertaken, and how science is conducted? And, we’ll look at some specific questions in the areas of philosophy of physics, biology, and psychology.

This class addresses a timeless question: what makes someone ethically good?  We will begin by exploring several classic philosophical frameworks for thinking about ethical issues, including Aristotle’s virtue ethics, Kantian deontology, Mill’s utilitarianism, and human rights.  Then, we will apply these frameworks to various ethical issues.  The ethical issues to be explored range from relatively routine and familiar moral quandaries to complicated social and political questions.  Examples of these routine moral quandaries include the permissibility of a lie to a friend and the limits of one’s responsibility to help others in need.  Examples of the more controversial questions include drone bombing and just war theory, the ethics of genetic enhancement, racial profiling, and capital punishment.  Throughout, the class will take a discussion-oriented, interactive approach to practical and intellectually engaging moral problems that we all face in our lives.