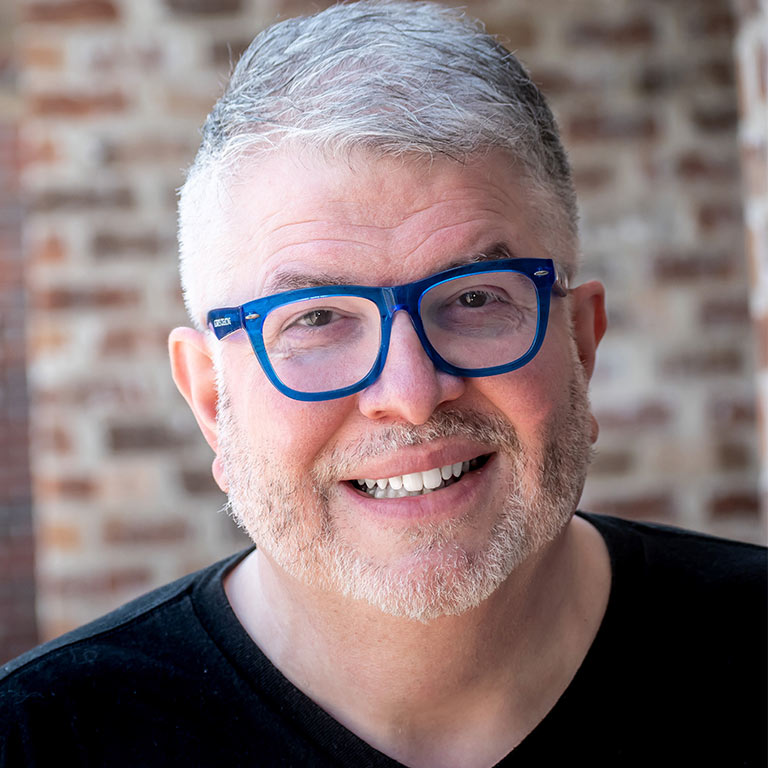 Dr. Mike Lopinto, originally from New Orleans, grew up surrounded by the pageantry activity associated with the city’s annual Mardi Gras celebrations and was also a part of a successful restaurant family. He parlayed his talents into numerous artistic endeavors including event planning, directing, designing, choreographing and music. He received his bachelor’s and master’s degrees from  Southern Miss where he served as principal bassoonist for the school’s premiere ensembles as well as numerous other orchestras around the South. Lopinto spent a decade teaching in some of the most successful programs in Texas winning state and national honors and judging music and visual arts events internationally.

A true Renaissance man, he has written, directed, music directed, designed sets and lighting for numerous productions, most recently directing Magic of the Musical Stage (2018), Andrew Lloyd Webber’s The Phantom of the Opera (2017), Showbiz Harmony (2016), Disney and Cameron Mackintosh’s Mary Poppins (2015), Showbiz Showstoppers (2014) and Sweeney Todd (2013) for the School of Music The Hub City Players productions of James and the Giant Peach(2017), and Rock of Ages (2016) for FestivalSouth, as well as Sondheim in the City in its Off-Broadway premiere in 2011. He is artistic director of FestivalSouth®, Mississippi’s only multi-week, multi-genre festival. Lopinto is one of the founding members of The Hub City Players, that has produced LOL comedy cabarets, variety shows and more statewide. On stage, his theatrical credits include Les Misérables (Thenardier), Hairspray! (Edna Turnblad), The Producers (Roger DeBris); Little Shop of Horrors (Audrey II), Disney’s Beauty and the Beast (Cogsworth), Cats (Old Deuteronomy), A Catered Affair (Mr. Halloran), Annie (Daddy Warbucks),Carousel (Mr. Snow), Die Fledermaus (Frosch) and many more. His voice can be heard at all Southern Miss games as "The Voice of The Pride" and on commercials across the South.