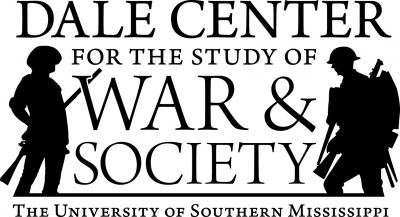 The 2014 McCarthy Lecture Series begins Monday, Sept. 22 at 6 p.m. at The University of Southern Mississippi with Dan Hallin's lecture “Reporting the Vietnam War.” Hallin is a professor of communications at the University of California, San Diego and his talk is tied to his extensive research and publications on this subject.

The series is presented by the Dale Center for the Study of War and Society, located in the university's Department of History. All talks in the series begin at 6 p.m. in Room 101 of the Liberal Arts Building. Parking is free on campus after 5 p.m.

The speakers in this year's McCarthy Lecture Series will elaborate on the theme of "Media and the Military," exploring topics such as women correspondents in Cold War conflicts, reporting the Vietnam War and journalists embedded with U.S. troops in Iraq. Newspapers, magazines, and in more recent times, TV networks, have played central roles in transmitting wartime information to the home front and shaping public opinion about wars.

“Given the continuing relationship between journalism, war and public opinion, and the transformations in information sharing via the Internet and the 24-hour news cycle, the talks in this year's series will not only provide historical context but also offer analysis that can be applied to today's conflicts,” said Dr. Heather Stur, associate professor of history and Fellow of the Dale Center.

In addition to Hallin, the series will feature Dale Center supporter and Southern Miss alumnus Major Gen. Buford "Buff" Blount on Sept. 29. Blount will discuss his experiences with embedded media while commanding the 3rd Infantry Division during the invasion of Iraq in 2003. Dr. Stur will give the final lecture in the series Oct. 6, which will focus on reporter Dickey Chappel, who covered WWII, Korea and finally Vietnam where, in 1965, she became the first female war correspondent killed in combat.

The Richard McCarthy Lecture Series was founded in 2006 through the support of Dr. Richard McCarthy and Dr. Craig Howard, and is designed to bring together students, faculty, and community members to access cutting edge research in the field of War and Society.  For more information about the series, contact Dr. Stur at heather.sturFREEMississippi or 601.266.4779. For information about the Dale Center, visit http://www.usm.edu/war-society.