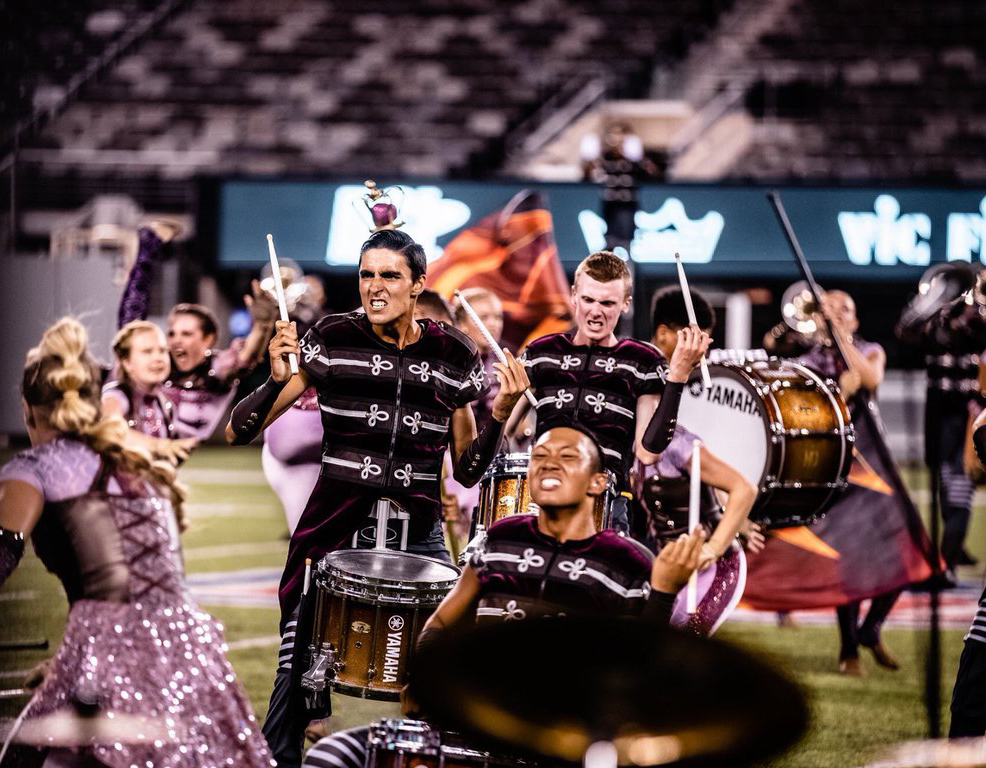 The Drum Corps International (DCI) Tour will return to Hattiesburg on Wednesday, July 24 for the 2019 edition of DCI Southern Mississippi. Top corps from around the country will compete at The University of Southern Mississippi’s M.M. Roberts Stadium during this premier event starting at 7 p.m.

The show, hosted by The Pride of Mississippi Marching Band at Southern Miss, features more than 1,000 student musicians and performers from across the country in this entertaining and competitive event.

Units scheduled to perform include the Blue Devils of Concord, Calif.; The Cadets of Allentown, Penn.; Madison Scouts of Madison, Wi; Blue Stars of La Crosse, Wi.; Troopers of Casper, Wy.; The Academy of Tempe, Ariz.; Mandarins of Sacramento, Calif.; and Seattle Cascades of Seattle, Wash.

Prospective, current students and alums from the Southern Miss School of Music consistently spend their summers participating in DCI. Hundreds of thousands of young musicians and dancers audition for the corps across the country and only a small percentage make the cut.

For nearly a half century, Drum Corps International, Marching Music’s Major League™, has been the leader in producing events for the world’s most elite and exclusive marching ensembles for student musicians and performers.

The mission of Drum Corps International is to bring the life-enriching benefits and enjoyment of marching music performing arts to more people worldwide. DCI does this by creating a stage for participating organizations to engage in education, competition, entertainment, and the promotion of individual growth.

Tickets for the event start at $25. Visit www.DCI.org/tickets. Tickets will also be sold at the stadium box office on the day of the show.  Special group rates available at 317.275.1212.