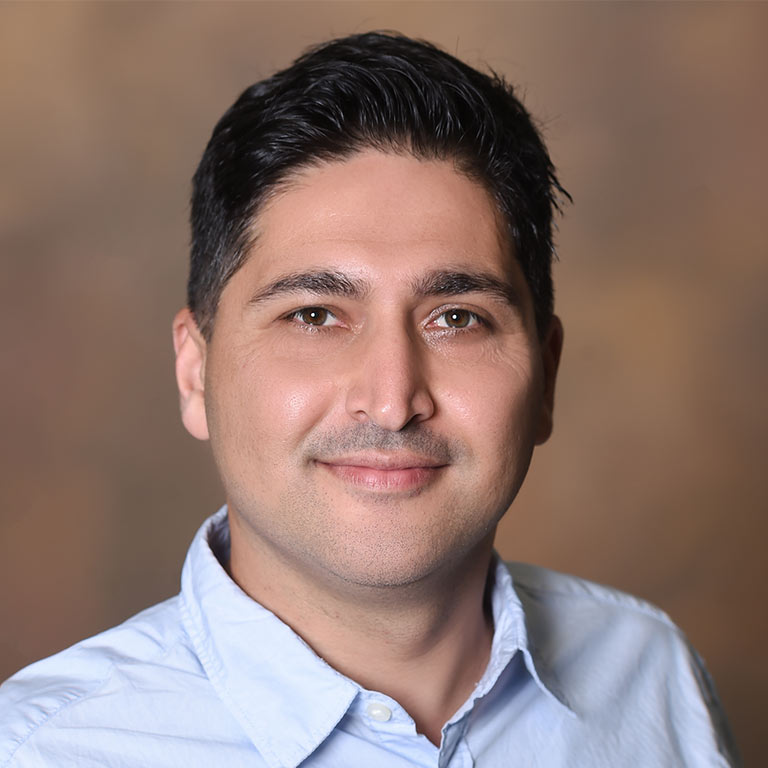 Please describe the type of research that you do and include your background as far as degree path and the Institution where you obtained your degree.

My research involves the combined use of direct field measurements, satellite remote sensing, and numerical simulations to study diverse problems associated with hydrodynamics and transport processes expanding over a broad range of environments and timescales. The emphasis of my research is on developing and deploying new classes of acoustic and optical sensors to perform measurements where currently available instrumentation is not adequate.

List the most recent (past, present or near future) projects that you are engaging in and provide info about that project’s funding. 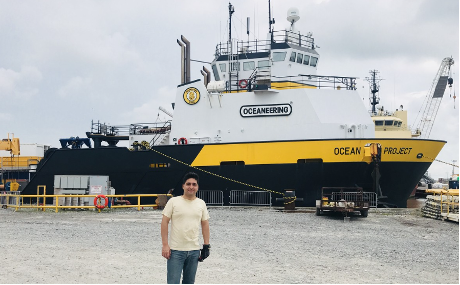 During the past 10 years, I have developed acoustic instrumentation based on the three major concepts of underwater acoustics: time-of-travel, Doppler shift, and acoustic scintillation. My studies have brought me all around the world, including Japan, Canada, and the United States.

At Hiroshima University, Hiroshima Japan, in collaboration with Drs. Arata Kaneko and Kiyosi Kawanisi, who pioneered the development of shallow acoustic tomography, I developed Fluvial Acoustic Tomography (FAT) system. FAT is an autonomous sensor that in its basic form (two acoustic nodes) provides continuous, direct, concurrent measurements of the section-average current and temperature in rivers, estuaries, and coastal waters. My observations with eight stations were the first to show that depth-averaged components of transport and vorticity can be reconstructed in extremely shallow waters using this technique. To fulfill the projects I had in Japan, I secured two research grants from the Japan Society for the Promotion of Science (JSPS – equivalent of NSF).

To study sediment transport processes over 3D dunes, where flow and bed evolve continuously, I joined a team led by Drs. Len Zedel, Memorial University, and Alex Hay, Dalhousie University. We designed a specialized sonar, SwathDop, to address the shortcomings involved in traditional acoustic techniques. The large pie-shape sampling volume of the system combined with high spatial/temporal resolution of the sonar extend our capabilities in directly observing mechanisms that control sediment transport near the sediment-water interface. I simulated the behavior of the system. A prototype was built and tested in Saint Anthony Falls Lab., Minneapolis MN. We found an excellent agreement between velocity profiles and sediment flux measured by SwathDop and those obtained from concurrent measurements or predicted by the available theories. This work has led to recent (since 2021) collaborations with Dr. Len Zedel to undertake the development of acoustic modeling techniques and designing a splitbeam sonar that can be integrated with underwater autonomous vehicles or gliders.

My recent work at the University of Georgia, since 2016, in collaboration with Dr. Daniela Di Iorio has been focused on natural marine hydrocarbon seeps. These seeps play a prominent role in biogeochemical processes and influence hydrocarbon-dependent microbial populations, ecosystem structure, and trophic networks, on the seafloor and the overlying water column. Many of the unique physical conditions created by natural seeps result from the presence of vertically rising bubbles and their interaction with the ambient ocean. Despite the importance of bubble-induced upwelling in controlling the rise velocity of bubbles throughout the water column, our work in Green Canyon Lease Block 600 (GC600), Gulf of Mexico, was the first to directly quantify upwelling using Acoustic Scintillation Flow Meter (ASFM). I added two Video Time-Lapse Cameras (VTLCs – developed by Dr. Ian MacDonald, Florida State University) to the campaign and developed the algorithms required for processing the low-quality records. Here, I would like to thank Dr. Mandy Joye from the ECOGIG II project for lending us the cameras. The overall results of this project are the first to (1) characterize the day-to-day variability of the source dynamics over an unprecedented period of 5 months, and (2) reveal large uncertainties involved in annual estimates of offshore methane emissions that are based on synoptic Remotely Operated Vehicle (ROV) measurements. I also invited young scientists from the University of California Santa Barbara (Dr. Samira Daneshgar Asl) and the University of Missouri (Dr. Binbin Wang) to collaborate with our team at UGA. We simulated the migration path of the bubbles through the water column using the TAMOC model and validated the simulated migration paths with Synthetic Aperture Radar (SAR) satellite imagery data.

In 2021, we obtained funding from NSF to continue our studies in a shallow seeps site (GC185 – Bush Hill) in the Gulf of Mexico. The primary objective of the proposed work is to advance our scientific knowledge of the variability of hydrocarbon emission and the processes at the source (via optical and acoustic) that control the distribution of hydrocarbons in the water column (via modeling and satellite data); an interdisciplinary study of scientific importance that can be applied to other seeps around the world. One other dimension of the project is to monitor the abundance and movement of zooplankton in the water column near the seep of interest using novel acoustic instruments. The data would allow us to investigate any possible links between seepage and primary production over local scales.