To assist in the national effort to prevent the spread of COVID-19, The University of Southern Mississippi will hold the Spring 2021 University Forum entirely online.  All events will be hosted on Zoom Webinar and login information will be posted below in advance of each event.  Forum can be accessed through your web browser.

Registration is not required and all Forum events are free and open to the public.  We are happy, however, to send you a reminder email with an easy-to-use link before each event.  To register to receive an email reminder, please complete our registration form.

Note: To make it easy for instructors who want to give extra credit, University Forum takes attendance and will send a report to instructors whose students request it using a form distributed during the Forum event.

Tanya Wideman-Davis and Thaddeus Davis founded Wideman Davis Dance in 2003.  They are internationally recognized performers and teachers, who have created for and performed with the Dance Theater of Harlem, Alonzo King’s LINES Ballet, the Joffrey Ballet, Donald Byrd, and Complexions Contemporary Ballet.  Through projects like Migratuse Ataraxia, they have brought together research and performance to explore the connections between historical events and contemporary life, as interpreted through an African American perspective.  Migratuse Ataraxia, explores “creative humanity” through a multimedia dance performance that considers Black lives in antebellum plantations in the South.  On February 9, they will be joined by Historical Columbia’s executive director Robin Waites to discuss how historic public spaces provide opportunities for artists “to broaden community accessibility and collective citizenship.”  This event is co-sponsored by the dance program in the School of Performing and Visual Arts.

John Kasich was elected to Congress at thirty and served for eighteen years before he was elected to two terms as Governor of Ohio.  During his storied career, he has been a strong advocate for fiscal responsibility and a champion of bipartisan solutions to health care reform, immigration, and international trade.  He unsuccessfully sought the Republican nomination for President in 2000 and 2016.  He has hosted a Fox New program, is a CNN contributor, and has written five books, including the New York Times Bestsellers Courage is Contagious (1988) and Every Other Monday (2010) and most recently It's Up to Us: Ten Little Ways We Can Bring About Big Change (2019).  Throughout his career, Governor Kasich has argued that we need to reach beyond the politics that divide us and to find solutions to our most pressing societal problems through civility and decency.  In 2020, he endorsed Democrat Joseph Biden for President.  On February 23, the former governor will discuss the importance of empathy in politics and the role of faith, family, and free enterprise in the future of conservatism. 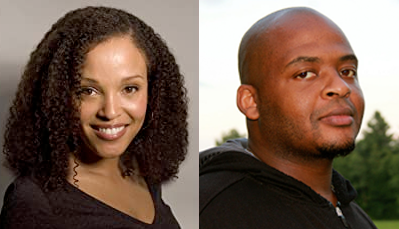 Jesmyn Ward is the only woman and only Black American to win the National Book Award for Fiction twice.  She is the author of five books, including the novels Salvage the Bones and Sing, Unburied, Sing; a collection of essays and poetry, The Fire This Time; and an autobiography, The Men We Reaped.  At the age of three she moved to DeLisle, Mississippi, on the Gulf Coast with her family and Mississippi has played a prominent role in her writing.

Kiese Laymon is a Mississippi native.  He has written a satirical novel, Long Division, and two memoirs, including Heavy, an account of his troubled relationship with his mother that won the 2019 Andrew Carnegie Medal for Excellence in Nonfiction.  Both Ward and Laymon teach.  Jesmyn Ward is an associate professor of English at Tulane University and Kiese Laymon is a professor of English and Creative Writing at the University of Mississippi.  Forum is excited to present a conversation between two of Mississippi’s most well-known and respected authors followed by audience questions.  This event is co-sponsored by the McNair Scholars Program and the Center for Black Studies with generous support from the Graduate School and the College of Arts and Sciences at the University of Southern Mississippi.

Mónica Ramírez is an activist and civil rights attorney who has advocated for women, immigrants, and farmworkers.  In 2003, she created the first legal project in the United States to address sexual harassment and gender discrimination against farmworkers.  That program later became Esperanza: The Immigrant Women's Legal Initiative of the Southern Poverty Law Center and Ramírez served as its director for seven years.  She would also create the award-winning Bandana Project, an art and activism program that raised awareness about workplace sexual violence. (SAPA, as co-hosts of the forum, will be hosting their very first Bandana Project April 5– April 7, 2021. Visit our Instagram page for more information.)

Ramírez has served as the Acting Deputy Director for Centro de los Derechos del Migrante and founded Justice for Migrant Women. Following a mass shooting in El Paso by a white nationalist and immigration raids in Mississippi in 2019, Ramírez joined with America Ferrera, Diane Guerrero, Eva Longoria, Alex Martinez Kondracke, and Olga Segura to publish the Querida Familia letter, an open letter urging the Latinx community to “demand dignity and justice.”  She is the recipient of numerous awards including the YWCA USA Leadership Award, the Smithsonian Ingenuity Award for Social Progress, and the Harvard Kennedy School’s inaugural Gender Equity Changemaker Award.  Her April 6, her talk is titled "Seeding Change: How Farmworker Women are Leading the Fight to End Workplace Sexual Violence from the Fields to Hollywood."  This event is sponsored by USM’s Sexual Assault Prevention Ambassadors (SAPA).