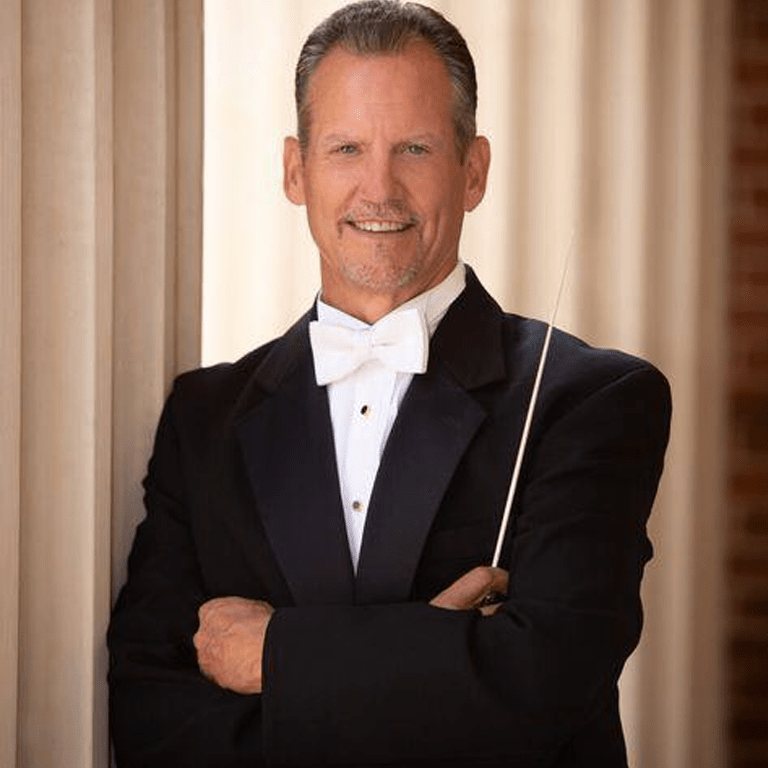 Welcome to the 102nd season of the USM Symphony Orchestra. We are thrilled to welcome back live audiences and so pleased that you are here with us.

Dr. Michael Miles is a unique brand of musician whose career includes a blend of musical and academic positions.  Dr. Miles’ academic career includes appointments at Western Carolina University and Florida International University.  He also served for seven years as chair at Southeastern Oklahoma State University and six years as Director of the School of Music at Southern Miss.  Dr. Miles’ interest in arts advocacy and education in the community has led him to administrative positions in several community and state organizations.  He served on the Hattiesburg Concert Association staff, and as Executive Director and founder of the Red River Arts Academy, an intensive summer arts training experience for students 14-18 years of age.  Dr. Miles also served eight years as President of the Board of Directors of the Red River Arts Council in Durant, Oklahoma.

Dr. Miles’ appreciation for all forms and styles of music are evident in the variety of conducting and music directing positions he has enjoyed. In addition to his current duties as Interim Director of Orchestral Activities, Miles’ conducting appointments include Associate Director of Orchestral Activities at Southern Miss, Music Director of the Hattiesburg Civic Light Opera Company (HCLO), Music Director of the Oklahoma Youth Symphonies  and Music Director of the Oklahoma Shakespearean Festival.  In 2013 Dr. Miles served as guest conductor with the University of Southern Mississippi Symphony Orchestra backing  the legendary Beach Boys at the Beau Rivage Casino in Biloxi, Mississippi.  Dr. Miles has also served as guest conductor with the Xinghia Conservatory Orchestra of Guangzhou, China, Vidin (Bulgaria) Philharmonic, Springfield Symphony, Tulsa Philharmonic, Tallahassee Symphony, and Oklahoma Youth Orchestra.

In his career Dr. Miles has served as music director/conductor for over 175 musical theater performances involving 50 different musical theater productions, including the recent highly acclaimed Southern Miss productions of The Phantom of the Opera, Magic of the Musical Stage, West Side Story, Mary Poppins, Ragtime, Showbiz Showstoppers, Showbiz Harmony, and Sweeney Todd.   Dr. Miles served as Music Director of HCLO’s recent productions of Into the Woods, Cabaret, Wizard of Oz, Camelot, and Tommy. Dr. Miles also served as Chorus Master for the Hub City Players production of Rock of Ages, and Music Director for their production of James and the Giant Peach.

In his tenure at Southeastern Oklahoma State University Dr. Miles led a highly regarded Jazz Ensemble that was recognized by the Oklahoma State Legislature as the “Official Jazz Ambassadors of Oklahoma”.  This ensemble made three concert tours of the People’s Republic of China.