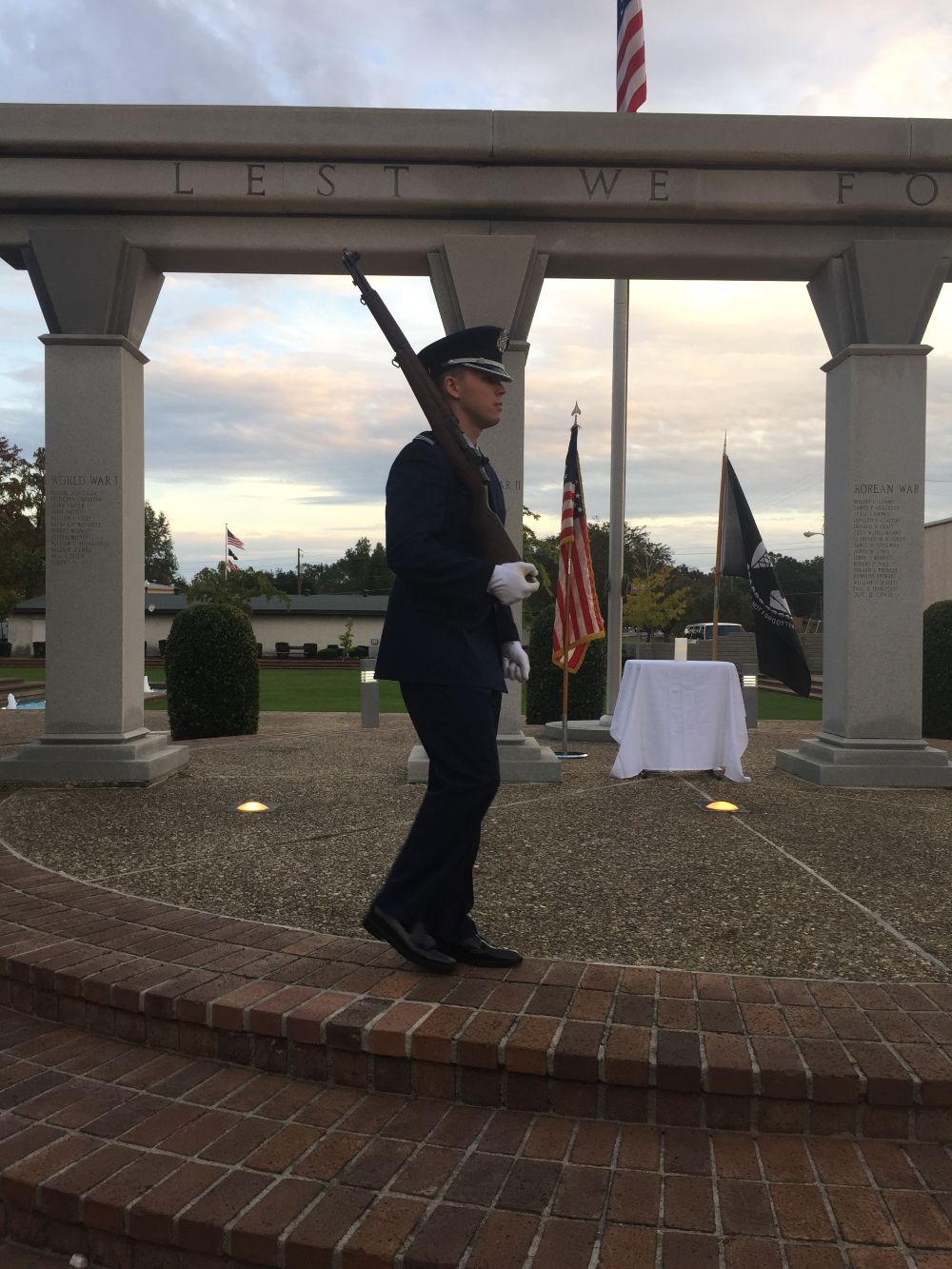 During the vigil, USM AFROTC cadets march 21 steps (representing a 21-gun salute) around the memorial. Cadets are switched out every 30 minutes. After the 24-hour vigil, cadets bring down the U.S. flag at the memorial, which is given to the city’s Veteran of the Year honoree, who then puts up a new flag.

The city’s Veterans Day activities, presented and organized in conjunction with the Hattiesburg Veterans Committee, will begin with a parade Monday, Nov. 11 at 10 a.m., starting at Hardy Street Baptist Church and rolling east to Veterans Memorial Park. The ceremony will begin at 11 a.m. at the park. Camp Shelby Post Commander Col. Bobby Ginn will serve as the parade grand marshal.

“The opportunity to honor our country's veterans and current military service members is one of the most important things we do as cadets,” said USM AFROTC Cadet Commander Emilia Rudat, a senior forensic science major from Spanish Fort, Alabama. “Throughout this event, we talk to current members of the U.S. military and learn more about the commitment we will have once we graduate.

“Both my parents served in the Navy and were the driving force for me to sign up for the AFROTC program,” Rudat continued. “I was born in and adopted from Romania, and personally believe the United States has the best opportunities for its citizens. I want to fight for the freedoms that this country has graciously given me.”

Following the Nov. 11 ceremony at Veterans Memorial Park, a lunch and roundtable discussion led by USM Dale Center for the Study of War & Society Founding Director, Dr. Andrew Wiest, and his Dale Center colleague Dr. Kevin Greene, will be held at the Veterans of Foreign Wars (VFW) Post 3036, located behind Veterans Memorial Park at 210 Ronie St. Drs. Wiest and Greene will discuss the 75th anniversary of the D-Day landings at Normandy, France during World War II, and the U.S. military’s role during the event.

The USM AFROTC, housed in the USM Department of Aerospace Studies, was established in 1971 as the 432nd AFROTC Cadet Squadron. For more information about USM AFROTC, visit https://www.usm.edu/aerospace-studies/detachment-overview.php.