Jewish involvement in the 1960s’ Civil Rights Movement has received much attention from scholars interested in Jewish studies or history, and Jews endured a slippery slope between keeping the appearance of whiteness or facing marginalization by assisting other mistreated groups such as African Americans. Rabbi Charles Mantinband of Temple B’Nai Israel in Hattiesburg, therefore, fits into a broader narrative of activist rabbis who were put down by members of their synagogues for drawing attention to the Jewish community. While scholars like Clive Webb place Mantinband in this larger national context, my research posits a particular connection between Judeo-Christian religiosity and civil rights during Mantinband’s tenure in Hattiesburg from 1951-1963. Primary sources from the William David McCain Library and Archives, coupled with scholarly criticism, indicate that Mantinband utilized a variety of academic and literary spaces to support Jewish activism within the Jewish community. His relationships with Hattiesburg locals alongside his activism on a national level connect Mantinband with notable figures like Clyde Kennard. Not only do Mantinband’s tactics relate to national themes of racial discord, but they also provide information regarding the role religion played in desegregation. My research displays the growing importance of ecumenism among religious groups and examines some of the moral doctrines that support or deny human rights in the modern period. Mantinband’s rabbinate illustrates Jewish involvement on the synagogal level and challenges notions of racial identity in the rural South.

Histoplasma capsulatum (Hc) is a systemic, dimorphic fungal pathogen. Hc grows as a multi-cellular mold at environmental temperatures (25°C); whereas, upon inhalation into a human or other mammalian host (37°C), it transforms into a unicellular, pathogenic yeast. This mold-to-yeast shift is required for pathogenesis. Our research aims to characterize the DNA damage-response protein DDR48, an Hc homolog sharing sequence similarity to Candida albicans DDR48. Previously in our lab, a DDR48 knockout mutant (ddr48∆) was created by allelic replacement to examine the function of HcDDR48. Interestingly, DDR48 is strongly expressed in the mold-phase whereas it is only expressed at a low basal level in the yeast-phase. However, DDR48 expression is strongly upregulated in the yeast-phase under stressful conditions (e.g., oxidants, antibiotics, DNA damage, heat shock). We found that wild type Hc yeast exposed to the antifungal drugs ketoconazole or Amphotericin-B upregulated DDR48 expression (assayed via qRT-PCR) at least 4-fold. The mold growth form, however, showed no significant change in expression of DDR48 when exposed to these drugs. The DDR48 knockout mutant was significantly more sensitive to these antifungal drugs. Resistance was restored to near normal levels in the knockout mutant when complemented with a functional copy of DDR48. Research is ongoing to further elucidate the role of DDR48 in the stress response pathway of this common pathogen of humans.

Epoxy Microparticles for the Interlaminar Toughening of Aerospace Composite Materials

Carbon fiber composite materials have very high strength-to-weight ratios, which have led to their extensive use in aerospace applications, leading to lighter aircraft that can carry increased payloads and use less fuel. These materials are brittle, however, meaning that they are susceptible to impact and fatigue damage over time. One promising approach to overcome this shortcoming involves the incorporation of particles in the interlayer between layers of carbon fiber to increase the toughness of the composite. In order for these particles to remain in the interlayer and improve composite properties, they must be several microns in diameter. Therefore, we prepared pre-cured epoxy amine microparticles with surface amine functionality that will then react into aerospace epoxy amine formulations. In previous work, we showed that these particles have the potential to improve the material properties of the matrix into which they are dispersed. Building upon that work, we show the particles’ potential for the interlayer toughening of aerospace composites.

During the first half of the twentieth century, any American who bit into a piece of Hershey’s candy was consuming sugar made in Cuba. The chocolate factory in Hershey, Pennsylvania received shipments from a sugar mill in Hershey, Cuba—both were founded by Milton Hershey. Unfortunately, there is little scholarship on the history of the Hershey mill in Cuba and popular accounts of the site subject it to romanticisms of fatherly businessmen and contented laborers. My honors thesis project seeks to move beyond this mythologizing in order to understand labor conditions and employee satisfaction within Hershey’s sugar properties. Historical narratives of Milton Hershey have largely ignored his Cuban properties while scholars of the island’s sugar industry ignore the iconic plantation that was distant from the highest producing properties. I have completed research in the Hershey Community Archives in Pennsylvania as well as Louisiana State University’s Special Collections in Baton Rouge in order to fill this void. Milton Hershey conceptualized his relationship with his workers using the language of paternalism. But workers did not always buy into this ideal. Company correspondence highlights the concerns of laborers and the eventual exit of American management personnel before the Cuban Revolution. I have analyzed these valuable primary documents in order to understand how the mill and surrounding company town experienced and debated paternalistic policies. These accounts prove that the sugar town’s current image in public history is not necessarily as sweet as one would believe.

Synthesizing compounds with 1,3 and 1,5 substitutions is a well-established area in organic chemistry, however, synthesizing products with unnatural synthetic connectivity is a difficult task to achieve. The use of umpolung reactivity enables access to these products, particularly the use of Masked Acyl Cyanides (MAC) reagents. Their use as nucleophiles for 1,2; 1,4; and 1,6 additions, gives access to a variety of bioactive compounds. Additionally, MAC reagents have been used in tandem with organocatalysts to create enantioselective adducts. Organocatalysts are derived from small organic molecules and can be used with the purpose of replacing toxic and difficult to use, yet more commonly seen, transition metal catalysts. Our research focuses on achieving an enantioselective 1,2 Michael addition of MAC to β-nitrostyrenes (β-NS) using squaramide organocatalyst. To optimize the enantioselectivity of this reaction, various commercially available organocatalyst were screened as well as additional reaction parameters. An extensive substrate screen will be shown with aryl nitroalkenes containing electron withdrawing and donating groups that have various substitution patterns, as well as heterocycles and alkyl nitroalkenes. 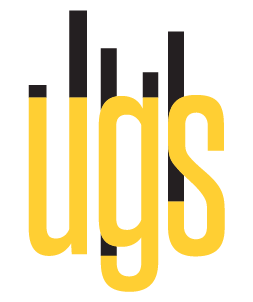