Home/School of Biological, Environmental and Earth Sciences/Herbarium - About Us 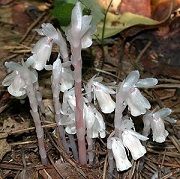 Home  About Us Policies Directions

Dr. Jean W. Wooten became his replacement in 1974 and is responsible for the majority of the specimens in the USMS herbarium today. As a student of Dr. Robert Godfrey at Florida State University, she recognized the importance of herbaria and of collections in general. Only three or four cases of collections existed when she arrived, but gifts from Dr. Godfrey and an active exchange program helped her to build the herbarium from perhaps a few thousand specimens to about 18,000 specimens by the time she retired in 1993. She did much of the mounting herself. She specialized in aquatic and wetland plants and brought good publicity to the biology program at the University with the publication of Godfrey and Wooten's two volume Aquatic and Wetland Plants of Southeastern United States (1979, 1981).

After her retirement, Dr. Samuel W. Rosso, who was a USM alumnus and had been part of the faculty off-and-on since the early 1960s, stepped in to become herbarium curator. A specialist in plant anatomy, he later became involved in Long Term Ecological Research (LTER) projects at Camp Shelby and Camp McCain (military) Training Sites in Mississippi and expanded the herbarium with the addition of approximately 5000 collections from these areas.

In 2005, Dr. Mac H. Alford was hired as assistant professor of plant systematics and curator of the herbarium. He added new herbarium cases and a new dissecting microscope and has re-invigorated an active exchange and gift-for-determination program. Although his expertise is on tropical trees and shrubs, he had worked on a floristic project in Mississippi for his master's degree. Many of his contacts have contributed to the herbarium and to the herbarium library, helping to put the infrastructure and collections in place for an active research program in plant systematics. In particular, specimens and/or library materials have been generously donated by William Burk (University of North Carolina at Chapel Hill), Peter Fraissinet (Cornell University), Dr. Ronald L. Stuckey (Ohio State University), and Dr. Robert L. Wilbur (Duke University).

The strengths of the USMS herbarium are in aquatic and wetland plants and plants of the southeastern United States of America. Other strengths include rare and uncommon species in Mississippi. Significant collections include those by Charles Bryson (Carex and other Cyperaceae), Steven W. Leonard (Camp Shelby collections and uncommon plants throughout the region), and John MacDonald (Asteraceae and general collections). Exchange (and gifts) are appreciated of any taxa from anywhere in the world. We have previously collaborated with several southeastern institutions (DSPSIP) to database our collections and are now collaborating with other Mississippi institutions (Project Magnolia grandiFLORA) to complete the imaging, databasing, and georeferencing of the collections, thanks to funding from the National Science Foundation. Photos of our specimens can be found at Morphbank.

On 29 August 2005, our sister herbarium (HGCRL) at the Gulf Coast Research Laboratory (a unit of the University of Southern Mississippi) was extensively damaged by the storm surge of Hurricane Katrina. Many of the cabinets were overturned, and most specimens became moist and muddy and eventually moldy. We and our colleagues at the University of Mississippi, the University of South Alabama, Louisiana State University, and the National Park Service managed to rescue all of the approximately 10,000 specimens and place them in freezers to halt the spread of mold.  We dried and restored these specimens (as much as is possible) and could not have done this without the generous help of the Mississippi Humanities Council, the American Society of Plant Taxonomists, and theNational Science Foundation.