Since its establishment in 2005, the Center for Black Studies has sponsored programs featuring scholars, creative artists, and community activists as guest lecturers on wide-ranging topics relevant to the study of Black people and race relations in general.

In the wake of the recent deaths of George Floyd, Breonna Taylor, and Ahmaud Arbery, the Centers for Black Studies and for the Study of the Gulf South co-sponsored online panel discussions to bolster social justice activism on campus, in the wider Hattiesburg community and throughout the state.

“Members of the Center for Black Studies and the Center for the Study of the Gulf South have been inspired by the voices of those who have gone out in the streets advocating for change over the last two weeks. Through this event we hope we captured that energy; used the forum to reflect on oppression and protest in the past; and strengthen social justice activism on campus, the wider community and throughout the state.”

Dr. Rebecca Tuuri, USM associate professor of history and co-director of the Center for the Study of the Gulf South

Most recent forums include: 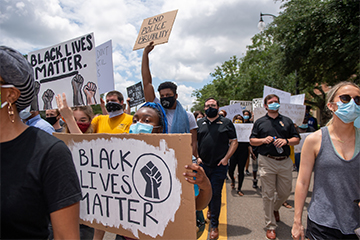 RIGHTS AND RACISM:
A PANEL DISCUSS 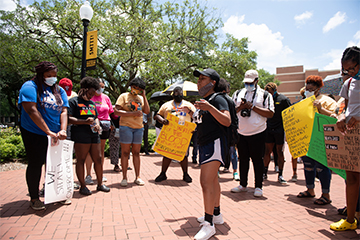 SOCIAL JUSTICE IN SOUTH MISSISSIPPI: HOW TO GET INVOLVED 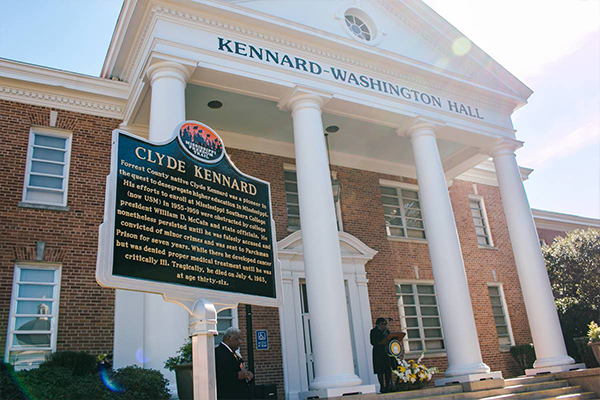 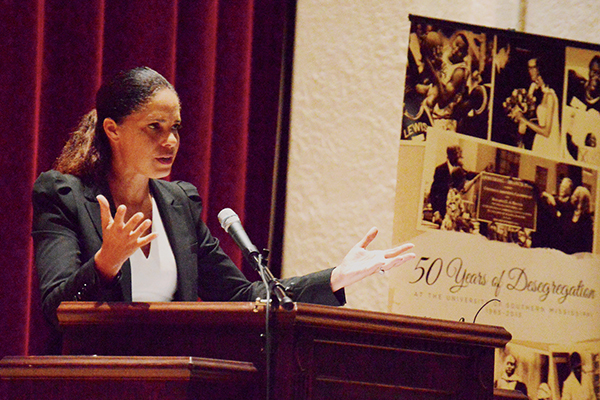 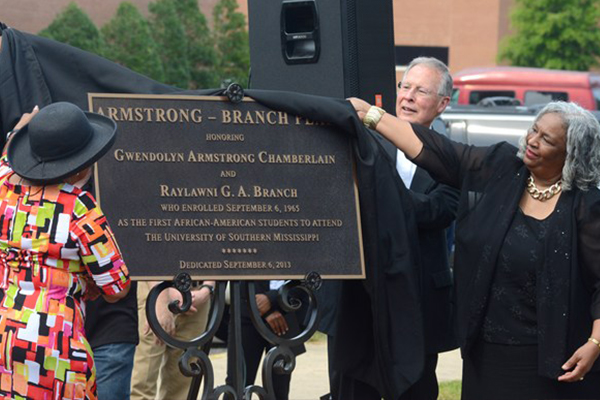 Uncovering the bronze plaque displaying the dedication of the Armstrong-Branch plaza. 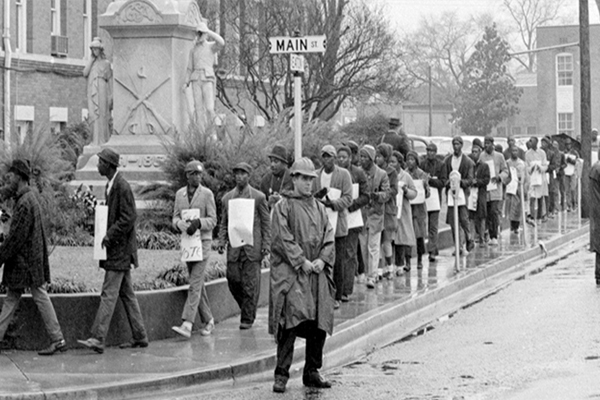 A three-part lecture series presented by an interdisciplinary cohort of University of Southern Mississippi professors, including Dr. Sherita Johnson, Dr. Loren Saxton Coleman, Dr. Cheryl Jenkins and Dr. Rebecca Tuuri who presented the critical perspectives of the Clyde Kennard case in relations to racial progress at USM. The series was presented by the Mississippi Humanities Council, the Historic Eureka School, USM Center for Black Studies and the Freedom50 Research Group.

From Demonstration to Legislation: Local Activism and the Legacy of the Voting Rights Act

A community panel / dialogue commemorating the 50th Anniversary of the Voting Rights Act of 1965. The panel featured members of the Hattiesburg community who were actively involved in local and state-wide demonstrations calling for the passage of voting rights legislation and scholars whose work focuses on voting rights and voter disenfranchisement in the American South. The panel discussion was followed by a voter registration drive in Hattiesburg’s Mobile/Bouie area organized by the Black Studies Student Alliance.

“That is an important mission for the center, through our research, teaching and service activities,” Director of the Southern Miss Center for Black Studies Sherita Johnson told the Hattiesburg American back in 2005. “Having O’Brien on campus for this occasion illustrates the university’s commitment to educating and empowering the next generation of leaders.”

A re-enactment of the march on January 22, 1964 when groups of civil rights activists from across the country partnered with local Hattiesburg residents to challenge the discriminatory practices barring African Americans from voting in Forrest County, Mississippi.

Monthly public forums (from February to May) about social and political challenges prevalent in the state of Mississippi and the nation at-large, fifty years ago and presently. Dr. Anthony Harris (local veteran of the civil rights movement) and Robert “Bob” Moses (Organizer, “Mississippi Summer Project” and SNCC Field Secretary) were featured guest speakers during the series.

A commemoration of the 50th anniversary of Freedom Summer, when hundreds of volunteers came to Mississippi in 1964 launching a massive voter registration drive for African Americans. It featured keynote speakers Charles E. Cobb, Jr. (SNCC, Field Secretary and award-winning journalist) and civil rights historian Emilye Crosby (Geneseo College at SUNY), which appealed to a diverse collection of other scholars, activists, students, local citizens, and other professionals.

A special edition of The Southern Quarterly based on the Freedom Summer commemorative events at Southern Miss.

Poet Mariahadessa Ekere Tallie visited USM as part of a speaking tour for her book, Karma’s Footsteps (Flipped Eye Publishing, 2011). As a writer, educator, and performer, Ekere’s creative work on silence, sexism and racism appealed broadly to members of the University’s campus and the local community.

The Help: Controversy and Mystique

A panel discussion open to the USM campus and surrounding communities to address the impact of The Help (2011), a popular novel by Mississippian writer Kathryn Stockett.

A lecture and Q & A with Dr. Rychetta N. Watkins, assistant professor of English at Rhodes College in Memphis, Tennessee. Watkins discussed her book, Black Power, Yellow Power, and the Making of Revolutionary Identities (University Press of Mississippi, 2012).

Dr. Sherita L. Johnson (Associate Professor, Department of English) collected over 500 children's books (new and/or slightly used) to take to Jamaica as part of a service learning project with the Caribbean Studies Program. These books were donated to the Blossom Garden Child Care Facility, an orphanage in Montego Bay, Jamaica and the Granville Place of Safety for Girls in Trelawny, Jamaica.