At USM, humanities faculty and students have been incorporating digital and computational methods in their research over the past decade. If you come by the DH Center, you’ll find our team advising students and faculty with their projects, or busy with the exhibit building work we are currently doing for regional organizations to improve public accessibility to state archives related to histories of slavery and colonialism in the south. 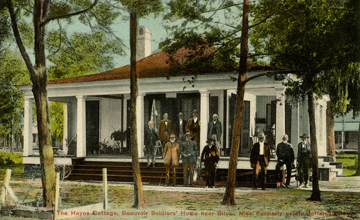 The Beauvoir Veteran Project (BVP), directed by Susannah J. Ural, offers a quantitative analysis of Mississippi’s Confederate home, which operated from 1903 until it closed its doors in 1957.

As a case study, the Beauvoir Veteran Project cannot speak for the experiences of Civil War veterans and their families across the nation or even across the South. But it does raise significant questions about Civil War history’s conclusions on Confederate veteran homes and where these may need revision.

The team was benefitted from significant funding from USM’s Moorman Alumni Professorship in the Humanities, which Ural held from 2015-2017. 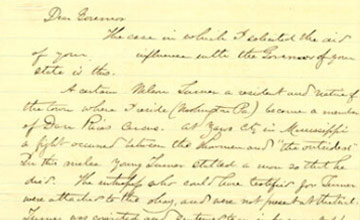 The Civil War & Reconstruction Governors of Mississippi Project (CWRGM), directed by Susannah J. Ural, digitizes and crafts metadata, transcriptions, and annotations for the 20,000 documents from the state’s governors’ offices for the period of the Civil War and Reconstruction. Because nineteenth-century Americans of all backgrounds wrote to their state executive about wide-ranging concerns, these papers help scholars, educators, students, and the public to “hear” from Mississippi’s diverse population as it experienced one of the most revolutionary eras in U.S. history.

CWRGM is a partnership between the Mississippi Department of Archives and History, the Mississippi Digital Library, and the USM History program. It benefits from support from the National Endowment for the Humanities, the National Historical Publications and Records Commission (National Archives), the Watson-Brown Foundation, and other USM-based organizations.

The USM Libraries offer digital access to archival materials to both preserve research materials and to promote teaching and scholarship. Digital Collections include images of materials from Special Collections. Digital Research Topics are curated selection of images on topics to provide a starting point for researchers. These collections are maintained and curated by Curator of Rare Books and Mississippiana Jennifer Brannock, and Digital Lab Manager Elizabeth Le Beaud along with the Digital Lab staff.

The Grave
by Leah Parker 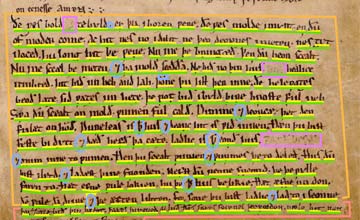 “The Grave” is a late Old English/early Middle English poem, which survives in the twelfth-century manuscript Oxford, Bodleian Library, MS Bodley 343. This edition, developed by Dr. Leah Parker, pioneers digital “poly-glossing” of word forms with respect to linguistic transition, which both looks back toward Old English and looks forward toward Middle English, as a resource for teaching History of the English Language.

The Gravestone Project
by Emily B. Stanback 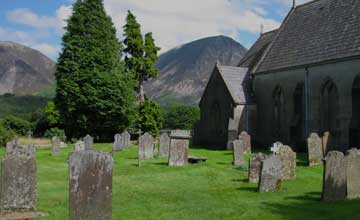 The Gravestone Project (TGP) is a digital humanities collective, co-directed by Dr. Emily B. Stanback, that brings together scholars, taphophiles, students, writers, teachers, and others interested in history, literature, and the arts, to think about the various ways that people memorialize the dead. Our goal is to initiate projects that allow academics and the public to work together in knowledge creation.

The Keats Letter Project
by Emily B. Stanback 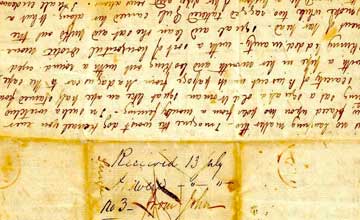 The Keats Letter Project, co-founded and co-edited by Emily B. Stanback, is an exploration of the epistolary writing of Romantic poet John Keats. By publishing each letter on the 200th anniversary of its original composition alongside reflections on that letter by some of today’s most exciting scholars and poets, the Keats Letters Project offers a new Keats for the 21st-century – one inspired by both the material traces of Romantic-period correspondence and our own digital media environment, and one that aims to respond to the playful, heartfelt, and speculative spirit of Keats’s letters. 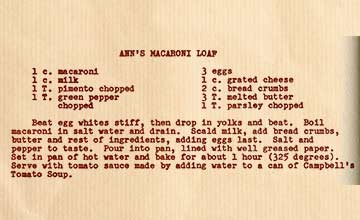 The Mississippi Community Cookbook Project, co-directed by Jennifer Brannock and Andrew Haley, collects, digitizes, and describes community cookbooks published in Mississippi in the 20th century. Started in 2015, the Mississippi Community Cookbook Project (MCCP) works with Special Collections in the University of Southern Mississippi’s Libraries to acquire, scan, transcribe, and map the places of publication for 320 Mississippi church and charity cookbooks published before 1970.  When completed, the project will be one of the most comprehensive digital collections of a state’s community cookbooks in the United States. To date, the project has digitized 147 cookbooks. Supported with grants from the College of Arts and Science at Southern Miss and the Arts and Humanities Research Council (United Kingdom) as well as the generous contributions of volunteers, the MCCP has fully transcribed fifty of these cookbooks. American Studies and History undergraduates have also contributed to the project by providing essays that offer context for the cookbooks. The project is housed in the Digital Collections at USM Libraries. 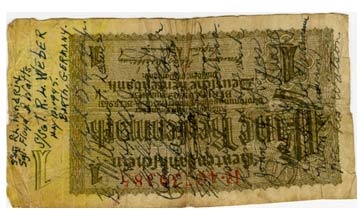 The Mississippi Digital Courthouse Project (MDCP), directed by Susannah J. Ural, digitizes collections from the state's Circuit and Chancery Court records from the nineteenth- and twentieth- centuries to help southern Mississippi communities preserve their history. MDCP aims to give a voice to populations who may not leave behind traditional sources (letters, diaries, memoirs, and newspapers) but whose stories can be found in court records. MDCP received early support from the National Humanities Alliance. 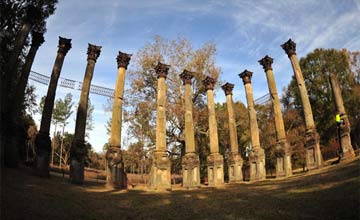 The USM Center for Oral History & Cultural Heritage hosts several digital humanities projects, including the Mississippi Oral History Project and its related podcast, Mississippi Moments Oral History Collection, overseen by Kevin Greene, which highlights the Center’s collection through Mississippi voices and unique storytelling on all aspects of life and culture in the state. 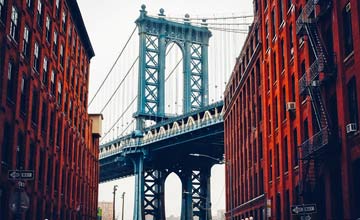 "The New York School Diaspora" is a bi-weekly feature on The Best American Poetry Blog. Written by Angela Ball, it presents a poem by a poet influenced by the New York School of Poetry. The poem is accompanied by a bio and commentary.

Pedagogue​
by Shane A. Wood 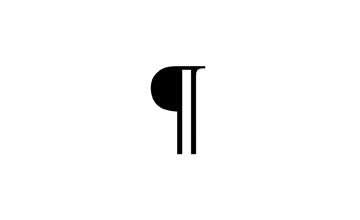 Pedagogue​ is a podcast hosted by Shane A. Wood and sustained by the voices of others. Pedagogue is about teachers talking writing, dedicated to building a supportive community, committed to facilitating conversations that move across institutions and positions, and designed to help celebrate the labor teachers do inside and outside the classroom. Pedagogue aims to amplify voices. The purpose of Pedagogue is to promote diverse voices at various institutions and help foster community and collaboration among teachers of writing. Pedagogue has won two national awards -- the 2021 Kairos John Lovas Award and 2019 Computers and Composition Michelle Kendrick Outstanding Digital Production Award -- for making "significant contributions to knowledge in rhetoric and composition." Pedagogue is associated with Working and Writing for Change, an academic series under Parlor Press, edited by Steve Parks (University of Virginia) and Jessica Pauszek (Boston College). 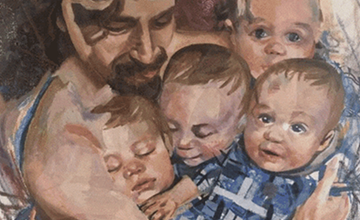 Product is a student-run, online literary journal produced annually through the Center for Writers at the USM, facilitated by Adam Clay. Current submissions are open to Mississippi writers and artists. 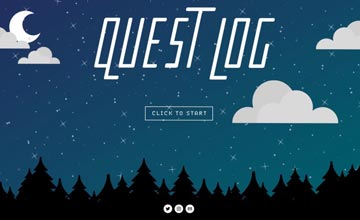 Quest Log is a digital publication created by the student members of the USM Game Studies Group, and facilitated by Craig Carey. Quest Log publishes the work of USM students and alumni, including genres such as: critical writing, game reviews, creative pieces, memoirs, podcast episodes, gaming videos, and artwork. As a community site and publication, Quest Log offers a digital showcase on the multifaceted nature of games and gaming. 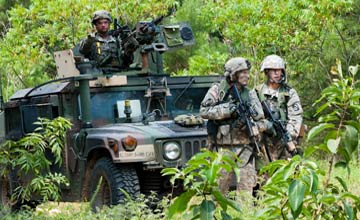 War Stories: Preserving National Guard Voices captures and preserves the oral and written story of Mississippi’s National Guard during the transformational 21st Century. In the wake of the Vietnam War, the role of the National Guard underwent a sea change. This project housed in USM’s Dale Center for the Study of War & Society is chronicling that process as the National Guard shifted from its more traditional role into one that included action as a kinetic warfighting force in the Global War on Terror, Operation Iraqi Freedom, and Operation Enduring Freedom, resulting in an exhausting series of multiple deployments to the battlefront. That chronicle will feature thousands of oral histories made free available online.