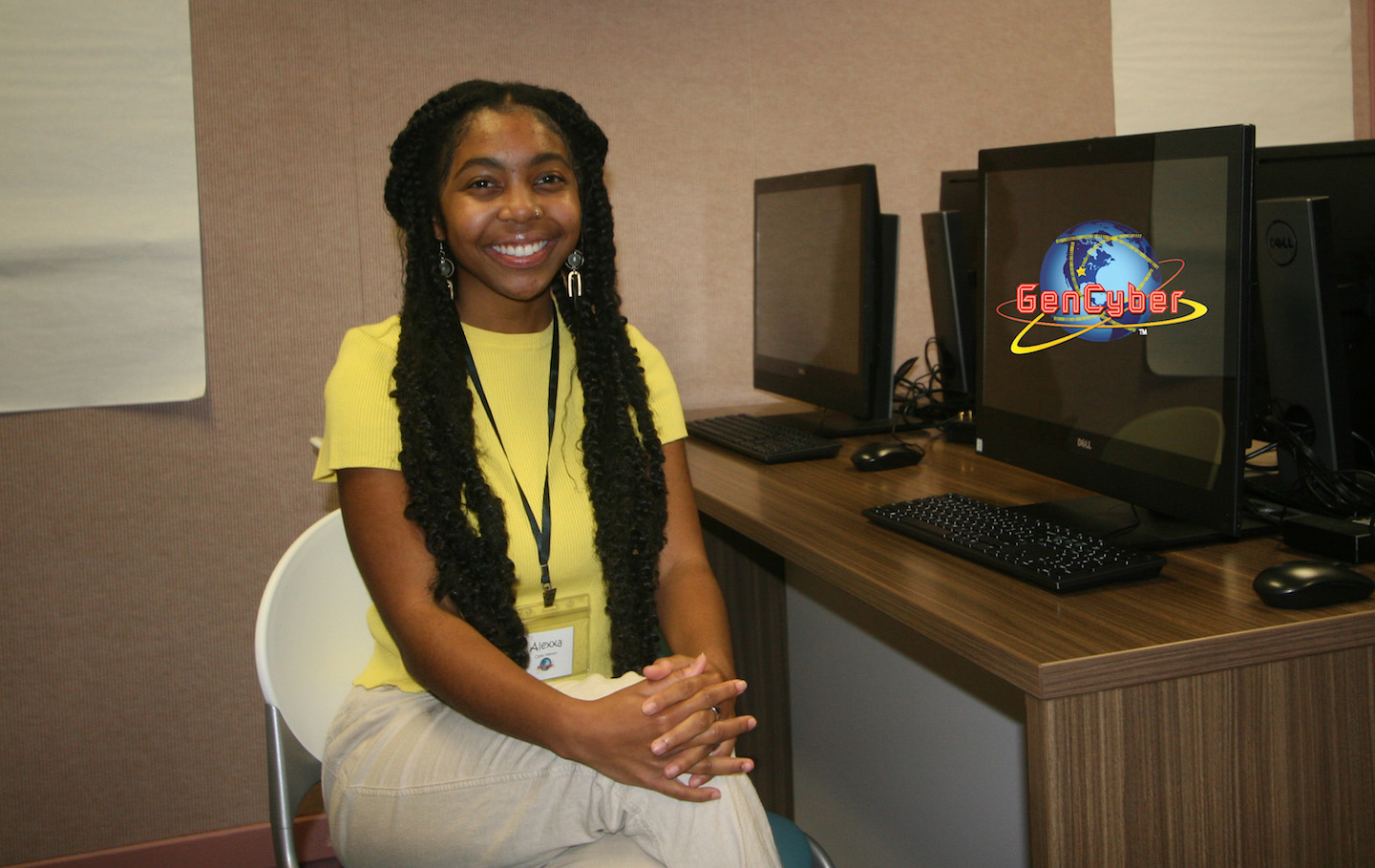 I had not originally picked computer science as a major when I had first enrolled at Southern Miss. I actually did not like math too much before college, but I decided to commit to truly making an effort to understand math. And that was the best decision I could’ve made! I absolutely love math now that I’m not so scared of it. This empowered me to shoot higher, so I decided to pursue computer science as a career to use my math skills.

The most rewarding part of being a peer mentor at USM’s GenCyber Camp was seeing young girls' perspectives change as they experienced STEM through computing and cybersecurity activities. I wish I could’ve gone to a camp like this when I was younger and I wouldn’t have spent all that time running away from math thinking I wasn’t smart or good enough. GenCyber helps kids to see that there’s so much more to coding than just sitting at a computer and doing math all day. It’s so amazing to see these young girls step into their power and know they can do whatever they set their minds to.

There was this one brilliant peer mentor that came, Niva Shrestha, who had been working on a project for over a year to show kids how to grasp coding and algorithms through dance. This was paired with block-coding devices that we used throughout the camp called “Splats.” Splats can be coded to make noises and light up and all other sorts of things. They can be pressed and stepped on, it's a quite durable electronic device. This was perfect, as it added something new and immersive to the camp’s programming.

I hope GenCyber continues to inspire the next generation of learners by making computing and cybersecurity activities fun!