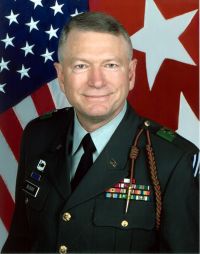 The General Buford “Buff” Blount Professorship in Military History was founded in honor of General Buford “Buff” Blount, who graduated from the University of Southern Mississippi in 1971 and went on to a distinguished career in the U.S. military, which included leading the U.S. 3rd Infantry Division into Baghdad in 2003.  The Blount Professorship is awarded biennially to provide funding for the work of a member of the Department of History who is engaged in research toward the publication of a major study in the field of War and Society.  At the end of their two-year term, the holder of the Blount Professorship will present a lecture or program based on the findings of their research. 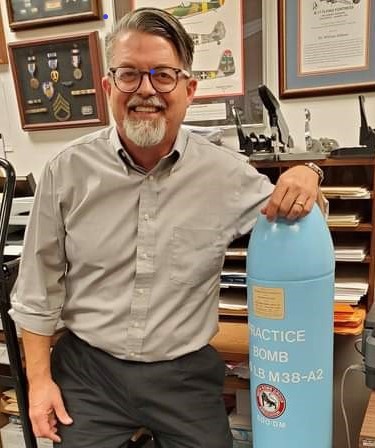 The Dale Center for the Study of War & Society is pleased to announce that Dr. Douglas Bristol is the 2021-2023 General Buford “Buff” Blount Professor of Military History.  Dr. Bristol is an Associate Professor of History and a Fellow of the Dale Center, who is a historian of the African American experience, military history, and American workers. During his appointment as Blount Professor, Dr. Bristol will work on his next book, Behind the Front Lines: How Black GIs Helped Win World War II.  It tells the largely forgotten story of Black GIs in the service forces and acknowledges their contributions to Allied victory in World War II.  80% of Black GIs, roughly 880,000 young Black men, were in service units during World War II.  Behind the Front Lines argues that the mechanization of the U.S. armed forces during World War II, which put infantry and supplies on wheels to keep up with tanks and airplanes, created an unanticipated demand for larger and more skilled service forces.  The U.S. Army solved its manpower shortage by relying on Black GIs, and in the process, made Black GIs indispensable to keeping the American war machine running.  Dr. Bristol will use funds from the Blount Professorship to conduct research at the National Archives, as well as to support his writing of the book. A university press release offers more details.

Former Holders of the Blount Professorship:

Major General Buford "Buff" Blount retired from the Army on January 1, 2005 after serving as the Army’s Deputy G-3 (responsible for operations, including staff duties, exercise planning, training, operational requirements, combat development & tactical doctrine) since Oct 2003. Previously he was the Commanding General, 3rd Infantry Division (Mechanized) at Fort Stewart and Hunter Army Airfield in Georgia.  Major General Blount gave up command of the 3 ID after bringing them home from Iraq where they were the lead force in capturing Baghdad after 21 days of continuous fighting.  Before his command of the 3rd ID, Major General Blount was stationed in Saudi Arabia where he was the Program Manager for the Saudi Arabian National Guard Modernization Program. 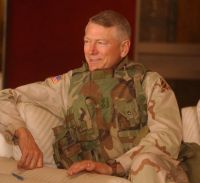 Major General Blount is a graduate of the University of Southern Mississippi and was commissioned an armor officer in 1971.  He is a graduate of the Armor Officer Basic Course, the Infantry Officer Advanced Course, the United States Army Command and General Staff College, and the United States Naval War College where he earned a Master of Science Degree in National Security and Strategic Studies.